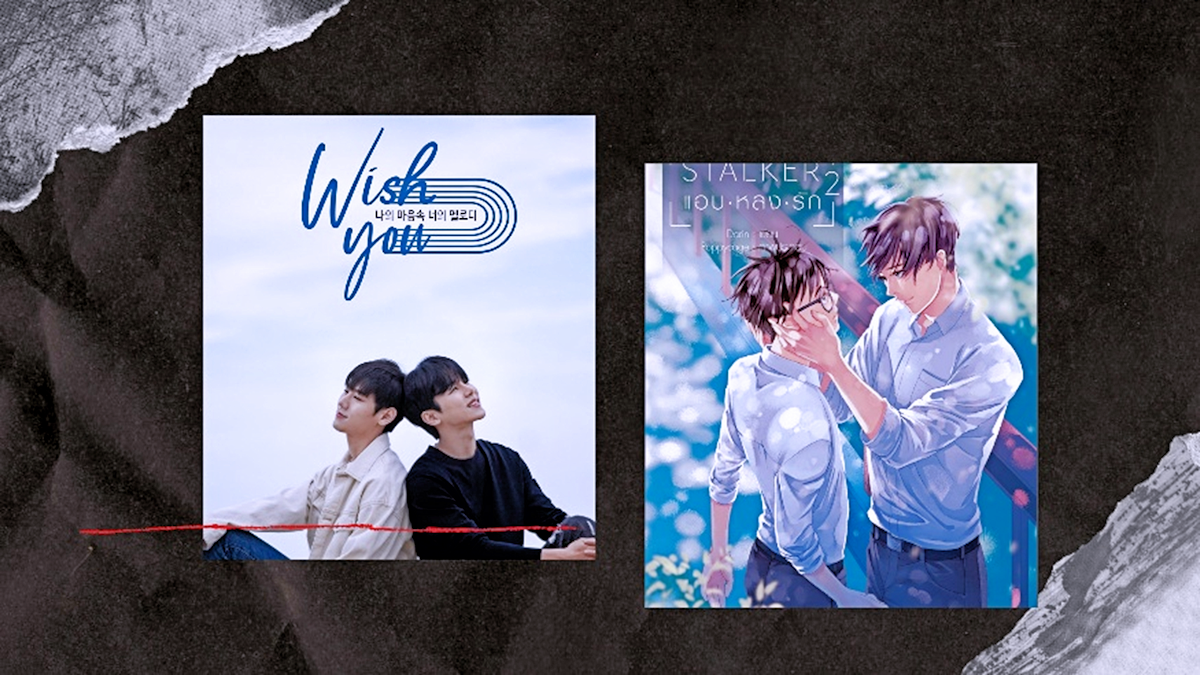 Following in the footsteps of its predecessor “Where Your Eyes Linger,” the recently released Korean BL “Mr.Heart” left the audiences surprised with the incredible chemistry between main leads Lee Je Sin and MAN BLK’s Cheon Seung Ho. While Lee Je Sin was celebrated for playing the adorable character Sangha wholeheartedly, Cheon Seung Ho’s understated portrayal of his character Jin Won was also much appreciated. The anticipation for the next Korean BL is higher.

Idol Romance, in association with Emotion Studio and Moving Pictures Co., has announced their upcoming show “Wish You 나의 마음속 너의 멜로디.” This new web drama is centered on a romance between two main characters who play the roles of popular idols. Starring Kang Insoo of the group MYNAME and Lee Sang of the group IMFACT, the show is already garnering support from both pop groups’ fans. Baek Seobin and Subin will play supporting roles.

Lee Sang is a singer and an actor that debuted in a 5-member group IMFACT in 2016 under Star Empire Entertainment. In 2017, he made his acting debut in Episode 14 of the drama “Strong Woman Do Bong Soon.”

Kang In Soo is a Korean Pop singer. He is the main vocalist of the group “MyName.” Before debuting with the group, he was a contestant on the TV show “Superstar K2”. He has appeared in various TV shows and played the main lead in the Japanese movie “Shinokubo Story.” Filming for the drama has already begun, and a few photos are circulating on social media. Although the storyline is still under wraps, local and International fans look forward to this musical journey! The show’s premiere is scheduled for December 2020. The number of episodes is yet to be confirmed, but the mini-series will most probably have 8 to 10 episodes of 10 minutes each.

Secret Crush On You

Relying on the Engineering Faculty romance’s old formula, we have another upcoming Thai BL, “Secret Crush on You.” Adapted from the BL novel “Stalker the Series” by author Ratidarin, the story is all about the secret of a young nerd who falls in love with his Senior. This secret must be kept hidden, but will he fulfill his dream or fail? What will he do for his love?
Previously named as per the novel, the show’s producers have recently changed the name to “Secret Crush on You.” The main cast was revealed.

Patchanon will portray the character of popular Engineering student North. North is 3rd-year Senior, good looking and the University’s Moon.

“Why RU” fame actor Seng Wichai plays the main lead, Toh. He is a 2nd-year student in Film and Still Photography Major. He is talented in both studies but especially in clicking pictures of North.

Hon Poomdanai and Surprise Pathikorn will play the supporting roles.

Keep watching this space as we bring you further updates from these shows.