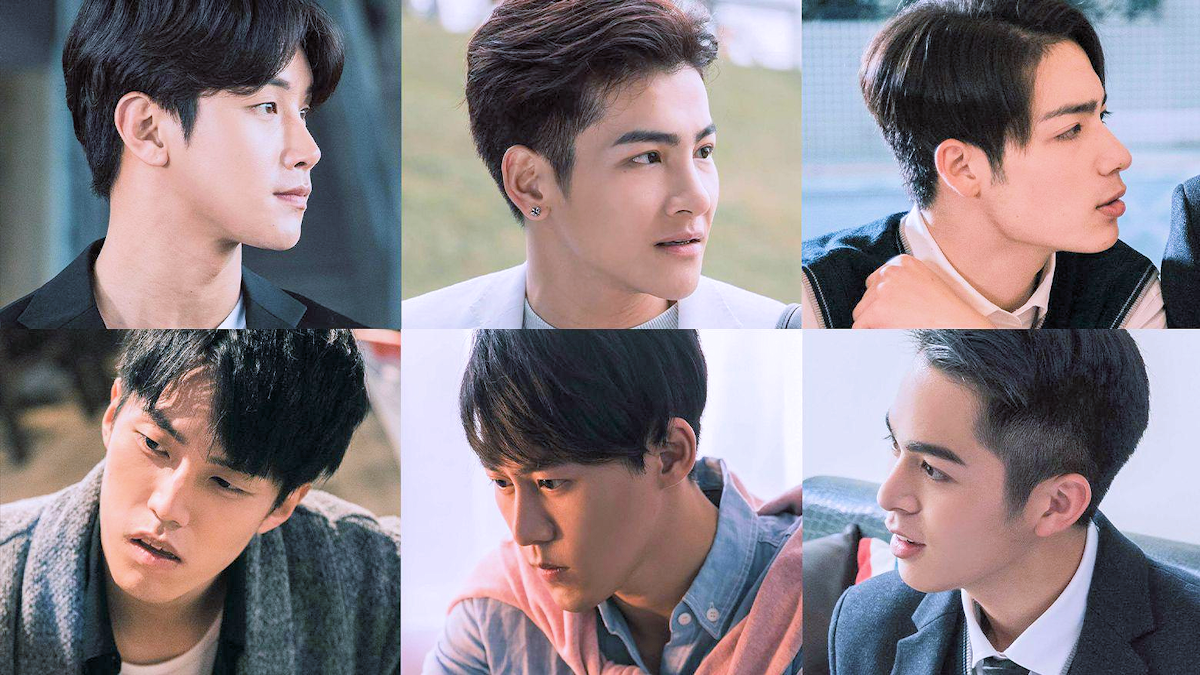 The family dynamic is always interesting but rarely do we see it take center stage in a BL series as much as Because of You (2020).

Because of You (also known as 因為愛你) is a ten-episode series, which was originally aired on Taiwanese streaming network KKTV, every Friday and Saturday from February to March 2020. The series was directed by Ms. Zero Chou, who is known for her works such as Ripples of Desire (2012), Spider Lilies (2007), and Splendid Float (2004). It boasts an all-star cast, including Lee Shi Kang, Mu Ji Hsu, Wells Su, Will Chang, Jerom Huang Alouf, and Guo Yu Chen, among others.

The story follows the journey of the Yuan brothers as they navigate their place in the world and each other’s lives. Their father, a very successful businessman, has taken care of all their financial needs but has withheld the things they need most: love and acceptance. He dangles the prospect of riches and power to his sons to entice them to find their fourth, long-lost brother. This challenge sends Jun Cheng, Jun Dao, and Jun Ping on a wild goose chase, unintentionally entangling their stories with one another, even more, proving that there is nothing on Earth that can break the bonds of brotherhood. Along the way, each brother finds the love and acceptance they are looking for in each other and their romantic interests.

One of the most undeniable themes of the series is the importance of family. The storyline’s beats are consistently pushed forward by the relationships between the Yuan men, with events jumping off from the arrival into the country of eldest son Jun Cheng. They reunite in one way or another at important points in their character development and have a hand contributing to each other’s journeys.

Another theme that this series clearly demonstrates is our ability to create a family for ourselves when our flesh and blood fails to provide us with the love we crave. Each of the characters is generally closed-off and standoffish with the rest of the world, save for their romantic interests. These relationships give them a safe space to be themselves, help each brother overcome their personal hang-ups, and allows them to be more open to one another as a result.

The representation of Asian familial ties is commendable in this series. Not many BL stories start off with the relationships between fathers and sons, and the exploration of this dynamic is highly appreciated in a market where this is lacking. More than that, the stories explore relationships between brothers – the Yuan family.

One of the more unique features of this series is the seamless use of bilingual characters. This may, in large part, have something to do with Lee Shi Kang being a primarily Korean actor, but their use of this aspect ties perfectly into the story. The initially bilingual script does a great job of convincing the viewers of the unique Yuan family setting. Lee Shi Kang, in particular, portraying Jun Peng, gives an amazing performance. We can see his character progress from a stoic, no-nonsense businessman to a caring, soft-hearted brother. One scene to look forward to is the confrontation between the head of the family and the eldest son when their pent-up emotions come to a head.

One of this series’ potential downfalls is its reliance on stereotypes: from the unaffectionate Asian father and his many women to the hierarchical authority between the brothers to the imposition of gendered roles in queer relationships. If done well, these stories can be nuanced and can add to the depth of a character’s profile, but there was merely a quick mention of these dynamics and no further exposition in this series. Another noteworthy observation is the use of tropes in its storytelling. Several can be seen in the series, however one jumps out: the differences in the socio-economic backgrounds of some love interests. We have all seen a rich businessman swooping in to take care of the (literally) poor love interest a million times before and, here, this trope is used in two of the three romantic storylines. Nothing groundbreaking about this dynamic was introduced. If not for the performances of the actors, this plot would have been derivative and boring.

Likewise, other character plotlines feel lacking. The romantic relationships between the main casts could have used more exposition in some areas. It would have been more engaging to see, in-depth, the change of heart of the characters. It would have been more enjoyable to journey with them in developing their emotions and realizations instead of just being shown what they have decided to do about it. However, perhaps this result is because of the series’ limited run time, which is a mere twelve to fifteen minutes per episode.

That being said, the portrayal of the love stories are not superficial by any means. Each character’s history was sufficiently portrayed and armed the viewer with an understanding of each brother’s quirks. Despite the quick run time, attachment to the characters happens, and in the end, you’ll find yourself cheering for their successes.

Is Because of You (2020) worth the watch? Yes. Especially if you are a queer person living in an Asian setting, the themes discussed in the series are sure to tug at your heartstrings. There are many heartwarming moments between the series couples, and you’ll be sure to let out a hearty laugh or two. If you want a mid-range emotional series to binge in one afternoon, this is the series for you.

News of a second season has been confirmed by lead actor Mu Ji Hsu on his Instagram account (@muji_jhsu). Events are rumored to take place in the aftermath of the COVID-19 outbreak and continues the Yuan brothers’ relationship journeys.

You can catch the complete episodes of Because of You on official streaming platforms Viki and WeTV.