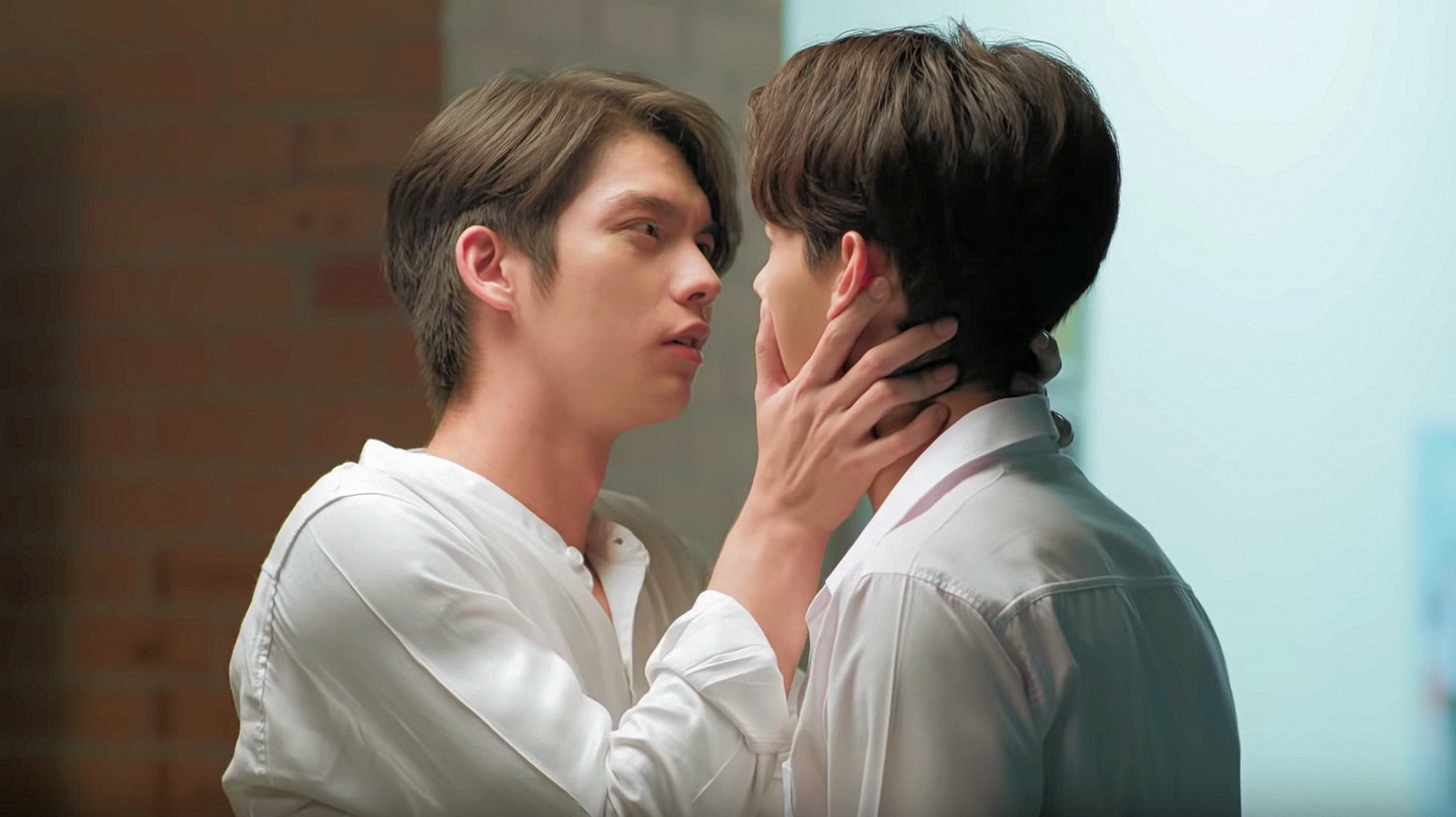 We’re halfway into 2Gether the TV series and the cast and crew did not waste time pushing the drama forward. What makes these two episodes crucial is that there is the increased interaction between Sarawat and Tine in terms of romance – with glimpses of the past directly connecting to certain events in the present.

This is also the time for Win Metawin to shine – with plenty of scenes – putting him in the driver’s seat in terms of expressing his emotional turmoils. Yet it’s, Bright Vachirawit, with his always larger-than-life presence that elevates their dynamics to an heightened level.

It’s hard not to acknowledge their onscreen chemistry. Without it, there is no way for their relationship to move forward and be convincing to viewers like you and me. The photo collage above is significant as Thai culture dictates that holding or rubbing another’s head is indicative of deep friendship or love. The degree of tenderness and show of affection between the actors and their characters is exceptional and moving.

Episode 6 follows the first kiss cliffhanger of the previous episode. It convinced me that Tine is aware of his growing feelings toward Sarawat and he has demonstrated it in full. How?

Episode 7 is even better if that makes sense – after raving about the previous episode. The big scene here is how Tine finally discovered Sarawat’s secret – that Sarawat has watched Tine from afar the entire time. Even the the guitar he “borrowed” from Sarawat has his name plastered inside!

While he was suspicious, even skeptical in the beginning, Sarawat’s confession says it all – it’s not a scripted “pretend boyfriend” play anymore.