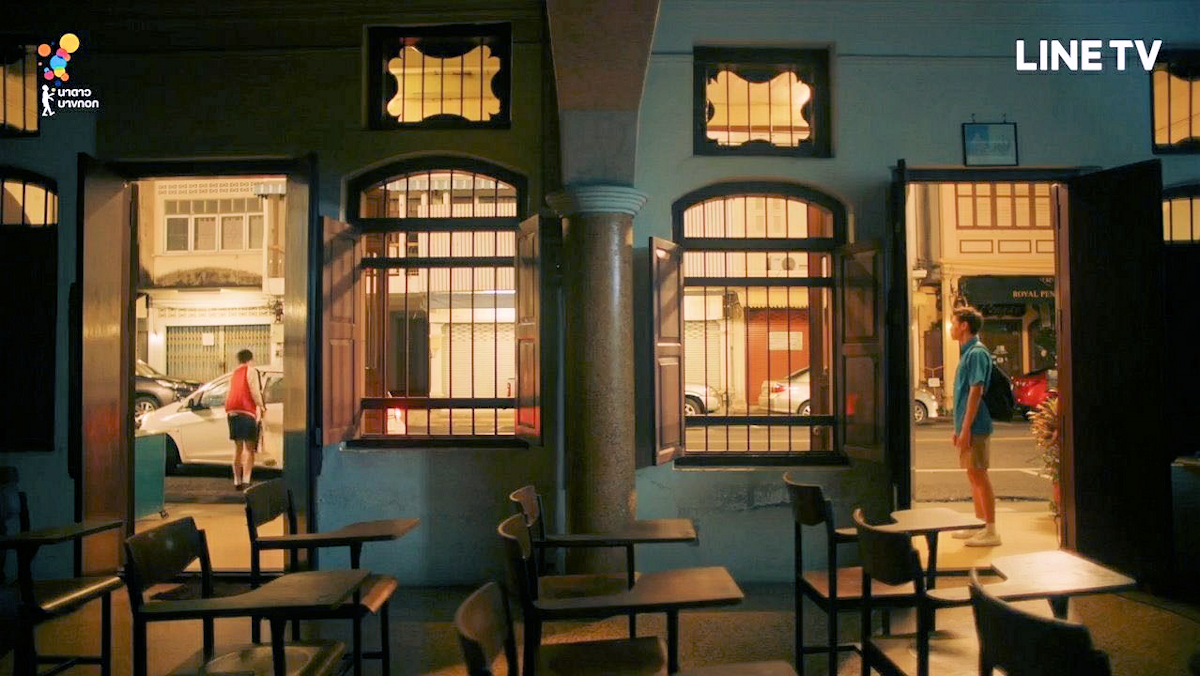 Boys Love Lakorns, or Thai drama series where men kiss, have taken the world by storm. In the past, you were lucky if a popular drama featured a gay couple at all. However, this changed with the unprecedented break-out success of “Love by Chance” in 2018. The series viewership far exceeded expectations. In the past two years, there has been an explosion of similar shows. In an almost alternate reality situation, heterosexual couples have become the side couple to the main gay couple. This type of series has various names, but the most popular is BL (Boys Love). In 2020 there is at least one coming out every month of the year. “Friends Forever the Series” and, “I Told Sunset About You” feature young gay love in a high school setting. Meanwhile, “Skinship the Series” is a zany rom-com where you’re not entirely sure who the couple is. Here’s our look at all 3.

“I Told Sunset About You” is a cinematic experience with its fantastic camerawork, a stellar cast of mostly newcomers, and lush locales. Taking place on the Island of Phuket, the series uses the scenery to add romanticism to the story as the characters go through their daily lives. White sandy beaches, lush forests, and an urban city serve as a backdrop to the drama that unfolds around Oh-Aew and Tae. The two boys met as children at a fireworks festival, where they cowered together from the loud gunfire-like sounds and remained friends through the years. Now high school students with very different views of life, the pair try and keep their friendship alive as life alters their perception of each other and their world.

It’s directed by Naruebet Kuno, who worked on the Thai series “My Ambulance,” which featured both Krit Amnuaydechkorn (Oh-Aew) and Putthipong Assaratanoakul (Tae) as side characters. The show is very much his vision and is shot like a feature film. It doesn’t have TV productions’ limitations. It never feels like a television show but instead like the film “Dew The Movie” starring Ohm Pawat.

Unfortunately for International viewers, the show is releasing on Vimeo amidst a bit of controversy. The original pricing for viewing the show was $12.99 to rent an episode for one month. It might not seem like much to an American viewer like myself, but to other International viewers, that price is pretty outrageous. Fans of the series tweeted at Naduo, “That’s a week of groceries for one episode.” Naduo did not comment directly to me when I personally asked if it were possible to purchase the episodes similarly to paying $15 purchase the 13th episode of “Tharntype.” I don’t have an issue paying money to purchase an episode but paying near the same price I did for something to rent it seems a bit absurd. Naduo’s answer to this negative publicity was to lower the cost when the second episode aired, but many had already pirated the first episode. The show airs on Thursdays for free from LineTV to Thai viewers and for $5.99 on Vimeo for everyone else.

“Friends Forever The Series / Our Love is Sick” is the second coming of age series for the season coming this fall from Thailand. While “I Told Sunset About You” is going for a broader cinematic experience, “Friends Forever The Series” is a true-to-form Bl story. Childhood friends Oil and Tan grew up together. While Oil’s parents worked outside of the province, the boys lived with Tan’s mother. What makes the story unique to me is that Oil, from an early age, exuded gay confidence. I’ve never seen a character wear short-shorts and his hair up to make himself noticeable to his best friend. Following suit, Tan is old fashioned for a teenage boy and refuses to let Oil leave the house in said shorts. As a result, Tan and he have one of many spats. Scenes like this summon a level of intimacy that instantly grabs the viewer. Leo Perapun plays the role of Tan, and Tai Thanaphat portrays Oil.

Like many shows these days, there is a time jump early on, aging the characters by two years. Oil returns to his family, leaving Tan alone to deal with his beloved mother’s death. When Oil returns to Tan’s life, everything is different. The two boys try to be friends, but everything about their lives has changed in the two years they were absent from each other. Both have to learn who they were during their separation and see whether they can be honest about their feelings for each other.

Many modern BL’s have side couples or second main couples. This series features a large cast of 15 main and side characters. There is another main couple with Bank Nuttawatt playing Sea, and Tin being played by Heart Suphawatt. The two boys attend a prestigious music school. The show features music as a prominent plot device. Various students learn to improve their skills while getting to know each other better. Tin witnesses Sea street performance and is clearly smitten with the young man. His life of splendor and wealth contrasts with Sea’s much more modest lifestyle as Sea becomes a student at Tin’s music school. The two live the rich prince and poor boy storyline with tongue and cheek back and forth. Sea has never shown attraction to men and is oblivious to Tin’s affections.

Meanwhile, Tin deals with the many eyes and opinions of his classmates as he pursues the boy of his dreams. This series comes from the “BlackBlack” production company. The show has no official English subs as of right now, but there is a rumor they will appear when it finishes its run. I wonder when the show will be made available to International audiences. Another thing I am curious about with this series is that there are two versions. One is “Friends Forever the Series,” and the other is the uncensored version “Our Love Is Sick.” The definition of “sick” being used here is a modern slang meaning the opposite of its conventional meaning. In this case, something “sick” is actually cool or good. Which show will get an international release?

Another new series appearing on Youtube is the series “Skinship The Series.” Unlike the first two shows, this one features adults being ridiculous in thirty-minute blocks of time. The show has three episodes and features a cast of five men and women at various moments in their twenties. The series is led by “Love By Chance” Alumni Best Vittawin playing Win, a hapless baker who shares an apartment with the sexy doctor in training named James. The dashing Chahub Marut plays the medical student. The two best friends seem to hellbent on making the best of their lives as friends and have no issue seeing each other naked. Like true bros, they think nothing of it and support each other in their different endeavors. This support includes getting a set of fresh-baked brownies to tomboyish Beauty, played by Aumain Korravee, and her little brother Tenoi, played by Shino Peraphat. The two are housing recently jilted Minnie, a beautiful golddigger played by the gorgeous Fame Woranun.

The five share each other’s orbits as they all center around Beauty, which is ironic since all she wants is some sweets and peace and quiet as she plays her online games. Her cute do nothing brother Tenoi has recently developed psoriasis at the exact same time Minnie appears on her doorstep. Together, the trio sees a skincare specialist who passes Tenoi off to James as his first patient. The two instantly get off on the wrong foot, with Tenoi calling him “Fake Doctor” and James flirting with him for his LineID. Back at home, the trio waits for their brownies, and when Win brings them, Beauty tasks Minnie to retrieve them. Minnie forgets to get the change because she was throwing herself at Win, who was not at all interested in the fashion model looking woman. Minnie delivers the brownies but not the change, which leads an angry Beauty on a quest to get the money from him.

The simple chain of events leads to off-the-wall moments of comedy and misunderstandings as the five flirt with each other. They make and break connections with vapid words and cute antagonistic actions. I think the meaning of the show’s title is so the viewers can create their own ships from the motley crew. Me, I’m hoping James and Win realize they are in love. The pair have the most chemistry, lol. But it’s up to these three episodes to create ships and for you to see which ones sail and which sink.