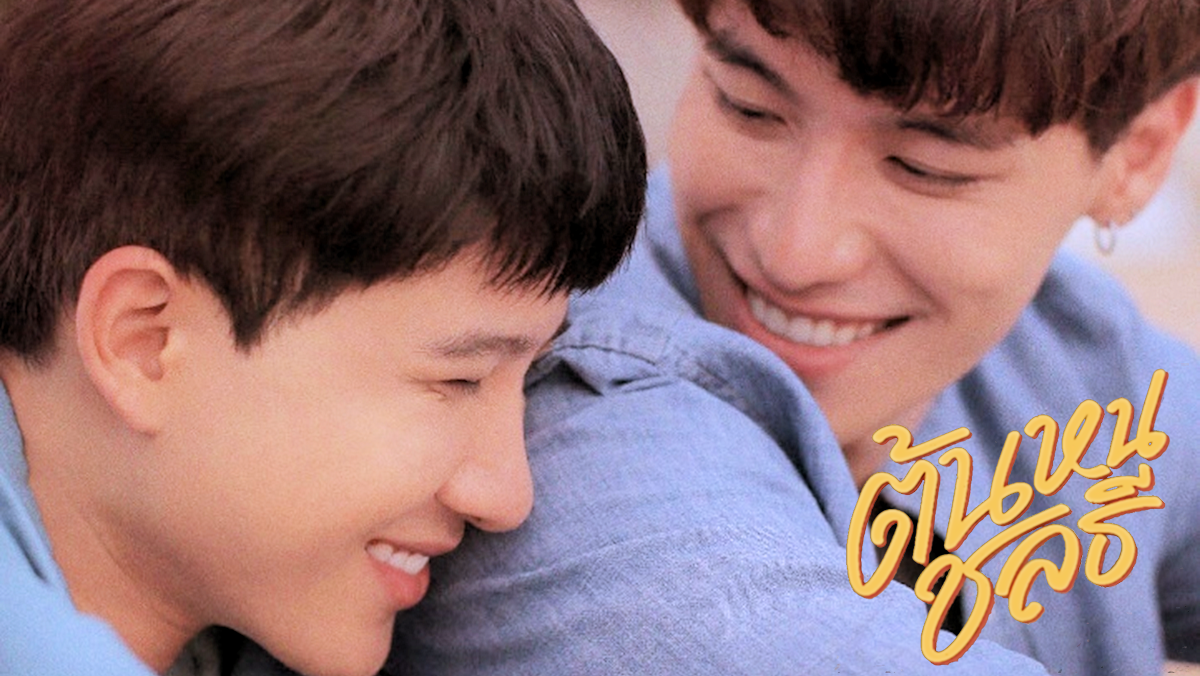 Episode 2 of Tonhon Chonlatee gave me mixed feelings that will affect this review. There were some great things about this episode and one glaring thing about this episode that I did not like. I know that there are reasons for this one aspect, and I know that this aspect will evolve over time and change, but it doesn’t mean I have to like it NOW in Episode 2.

Let’s get the one thing that I did not like out of the way so we can talk about the aspects of this episode that I loved.

I get that Tonhon doesn’t realize that most everyone he surrounds himself with is gay. The state of his knowledge or lack thereof is mainly due to him having virtually no observation skills and that no one has flat-out told him. I get that this aspect of him can serve some comic relief purposes, but I think the screenwriters and the showrunners took it a little too far with this episode. In my view, some of this dialogue could have been written differently. The episode is still offensive even if you were to take the whole “being gay” aspect out with Tonhon still forcing the group to go to a club.

If Chon was indeed his best friend and “bro,” with what we know of Chon’s personality, he would be uncomfortable in a club anyway. You’d think that Tonhon would know this and not force Chon to go to one. To me, this is all a subconscious pretense, and Tonhon is overcompensating on his idea of what masculinity should be. I would attribute that to the situation because Tonhon is becoming confused when it comes to understanding Chon. I mean, Chon just looks uncomfortable in this club environment as well as Ai and Nhai. They all look uncomfortable for most of this episode.

There is an underlying meaning that Tonhon does have feelings for Chon; he’s just misplacing those feelings at the moment. The whole dancing scene in the club, you can tell from body language that Tonhon does not like that Chon is parading on stage in front of everyone. I saw that as jealousy and not wanting to “share” him. Granted, Tonhon doesn’t know that he likes Chon yet. But remember earlier when Tonhon responded to all the guys commenting how cute Chon was in a photo on Facebook and asking for his contact information? It’s apparent that Tonhon’s response of forcing everyone to go to the club was him being in denial.

Tonhon may think of it as “protecting” Chon, but in reality, he is jealous and just doesn’t know it yet. The series’ synopsis is about Tonhon discovering his feelings for Chon and coming to terms with them, and admitting or accepting them. So, this episode wasn’t surprising in terms of the character. I just wish the writers/directors hadn’t been so heavy-handed in the whole thing.

At the end of my Episode 1 review, I mentioned that I could already see some obstacles popping up, and these obstacles started showing up in Episode 2. It is no wonder that Tonhon is like this mainly because of the projections from his family’s attitudes. Think about the conversation he had with his father on the phone earlier in the episode. It clearly telegraphs that his father sees him as marrying a girl and having children. Tonhon’s family will most likely an obstacle in this series where Chon’s mother will be supportive, as seen in Episode 1. Maybe Tonhon’s family will surprise us; it was only one scene and phone conversation. However, I have a theory that Tonhon’s family has other reasons for moving away when the two leads were younger. I guess we will see as this series plays out.

Something else irritating. Even knowing how tiresome the ex-girlfriend trope is, the showrunners insisted that it rear its ugly head in Episode 2 to keep with some stupid tradition I suppose. I now have no doubt Amp will be a problem going forward. Another obstacle to overcome in this series, but hey, it wouldn’t be a drama without obstacles.

Now to move onto the things I loved about Episode 2. Can I just applaud Ai and Nhai in this episode? I loved them. All of their interactions were sweet and yet hilarious. They both carried this episode for me. Their scenes of comic relief were needed in this episode, and I think their relationship really shined. I just wish they had told Tonhon about their relationship before, but I’m sure that will happen later in the series. Even their facial expressions and were comic gold, and I was laughing a lot because of them. I can’t wait to see more of them in the coming episodes.

Shout–out to our supportive friend Pang as well! She will always be there for Chon and always be his cheerleader, so it was nice to see her talk some sense into Chon this episode.

Last but certainly not least, Miriam made an appearance and in a way that I did not see coming. It was at the end, so we did not learn much about her character. However, I am sure her character will be more prominent in this series’ upcoming episodes.

Overall, I was not a fan of Tonhon’s behavior, but the supporting characters redeemed this episode for me. I want Tonhon to grow up a bit and tone down on the toxic masculinity in future episodes. I can handle the obvious obstacles coming our way in future episodes as well. I can’t wait to see more of Ai, Nhai, and Pang. Maybe Chon will find someone soon who Tonhon sees as a rival, which will knock some sense into him.