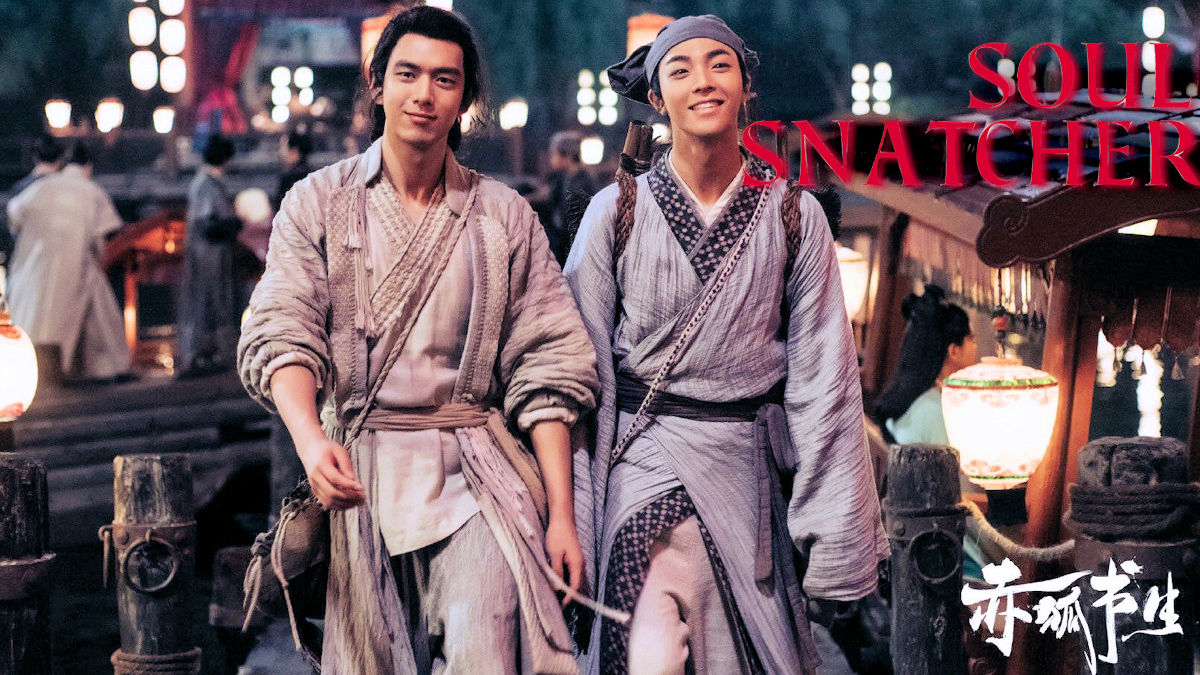 A whimsical Fox Demon and a Gullible Human Claman embark on a fantastical journey as they rediscover friendship, brotherhood, and love!

Most countries in the Asian Subcontinent have a rich selection of mythical folklore all their own, fraught with magical entities that serve the purpose of instilling fear in humankind. For centuries, innumerable stories related to these entities have been retold and passed onto future generations to induce a “Fear of God,” so to speak. Each country has its own assemblage of mythical creatures whose primary purpose is to affect a duality on both sides of ethics, morality, and philosophical learning. The mythology of the “Nine-Tailed Fox,” quite popular in China and South Korea, becomes the focal point of “Soul Snatchers.”

From the producer of the action-thriller Monster Hunt, Soul Snatcher is a journey of self-discovery, sacrifice, and human ideology. Touching on humanity’s base values with fantasy, Soul Snatcher tries to capture the very essence of ancient mythology drenched in escapism and stealthy misconduct.

Li Xian portrays the titular role of the “Soul Snatcher” or Fox Demon Bai Shisan. He is a rather accident-prone yet good-natured demon. He is assigned to find his Human Claman and retrieve the white elixir to gain immortality.

Chen Li-nong plays the naïve yet soft-hearted protagonist Wang Zijin. Zijin is Bai Shisan’s human Claman (Target). The white elixir in his soul can turn Bai into an immortal.

Hankiz Omar portrays the role of Ying Lian, a notorious Lotus Spirit. Bai recruits her to deceive Zijin into giving up his white elixir willingly.

Morni Chang portrays the Immortal Elder of the Fox Demon Clan. He is also Bai Shisan’s adoptive Grandfather and is exceedingly protective of his clumsy Grandson.

Soul Snatcher follows the journey of a Scholar Wang Zijin and a young Fox Demon Bai Shisan, as they form an unlikely alliance that tests their personal boundaries and limits. As the final task for his ascension to immortal status, Bai Shisan is assigned a Human Claman. He has to retrieve the white elixir from the said Claman’s soul, which would inevitably lead to the death of the human. As Bai descends into the mortal world and begins his search, he chances upon Wang Zijin. Zijin is on his way to the capital to attend the Civil Examination. Bai’s task becomes increasingly difficult when he realizes that Zijin is his Human Claman. As his various attempts to con Zijin fail miserably, Bai slowly forms an unlikely friendship with his target. Unaware of Bai’s true intentions, Zijin embarks on a magical adventure with his new friend. Will these two likely succumb to their inevitable fate, or will they be successful in rewriting history?

Overall Impression of This Movie

I spent the first twenty minutes laughing hysterically over the nonsensical comedic gold that is a truly brilliant execution of extreme silliness. If you are looking for a fantasy film with a well-written script and mind-bending mystique, Soul Snatchers certainly reaches and surpasses that mark. There aren’t any two main leads who are so glaringly similar in their traits yet so different. Bai Shisan is a rather clumsy Fox Demon – possibly the most ridiculed Demon in his clan; Bai is perceived as a major failure. On the other hand, Zijin lives with his grandmother and is quite naive to being dangerously gullible. This nature makes him an easy target, yet Bai finds it difficult to ignore his morality and deceive Zijin. Here, we have two main leads who are perceived as stupid, yet both have incredible strength of character.

Their friendship isn’t easy because Bai spends a lot of time concocting hilarious yet totally inept schemes attempting to trick Zijin. His moral compass is forever at odds with his mission. The fact that Zijin is kind-hearted and unlike Bai’s clan members (who look at him as a failure), he actually cares about Bai’s well-being and becomes a major deterrent to our Fox Demon’s fraudulent task. Fox Demons have to follow up on their tradition to deceive their Human Clamans with kindness to the level to the point where they willingly give up their soul’s elixir. The surprising factor here is that Zijin’s soul might have the white elixir, an extremely rare variety that appears once every 800 years and can very well elevate Bai’s status to a “Nine-Tailed White Fox.”

The storyline is quite messy with some major potholes, and yet it manages to grab your attention with its brilliant cinematography and seamless CGI. The show’s producers have put a lot of effort into glossing over the seemingly abysmal script with stunning visuals to impress. Although this formula has been used in most Chinese Fantasy films, it somehow fails to elevate this film’s storytelling experience. Although Li Xian does try hard to save the sinking ship with his dramatic overtures, his chemistry with co-star Chen Li-nung is sorely lacking. Li Xian isn’t new to the Boys Love genre and is quite well known for his roles in popular Bromance dramas like “Medical Examiner Dr.Qin” and “Tienstic Mystic.” So frankly, I was a tad disappointed when Li Xian and Chen Li-nung failed to recreate that old school Bromance magic. It was barely existent, and although the script tries hard to salvage the main character’s chemistry in important scenes, the effort feels forced and falls flat.

Despite that, many memorable moments try to thread together the mystique and keep you interested. It’s humbling to watch Bai fight his basic instincts to stand beside Zijin and protect him. I remember the particular scene where Zijin expresses his displeasure over the act of theft. They have a simple conversation, yet it becomes a focal point for an implicit shift in their relationship. For Fox Demons, stealing the human soul’s elixir is providence and ties into their existence. However, Zijin firmly believes the stealing in any form is unethical. The subtle play of emotions on Bai’s face betrays his guilty conscience and marks the beginning of his redemption. Similarly, YianLian and Zijin’s tumultuous love affair might seem annoying and unwanted, but YianLian’s final act of sacrifice will bring tears to your eyes. It leaves you emotional and highly strung.

The supporting cast plays an enormous role in the changing dynamics between our main leads. It could be Bai’s loving relationship with his Grandfather, Elder Xuan Hu. When the rest of the Clan doesn’t believe in Bai’s strengths, Xuan Hu accepts Bai’s clumsy nature and even seeks to protect him silently. Zijin’s relationship with his Elder Brother Liu Dao Ran is another highlight of this complex movie. Even though Dao Ran is dead and has changed into an evil spirit, Zijin’s love and devotion manage to bring him salvation. The final act where Bai’s Fox Mentor unassumingly steals Zijin’s Elixir will shock you. Although Chen Li Nong’s stilted expressions leave a lot to be desired, he did manage to shine in the final moments where Zijin sacrifices his life for Bai. On the other hand, Li Xian manages to depict Bai’s utter heartbreak and pain convincingly. The battle between “Good and Evil” is nothing new, but their willingness to self-sacrifice for each other makes this film a truly phenomenal experience.

Soul Snatcher might not seem entertaining to most viewers. There are too many storylines running parallel, which diverts attention from the main character’s inner struggles and delves into sudden and unwanted plot twists. Despite that, you might enjoy the cinematic experience if the lighthearted banter between the main leads and their unlikely Bromance is your cup of tea!