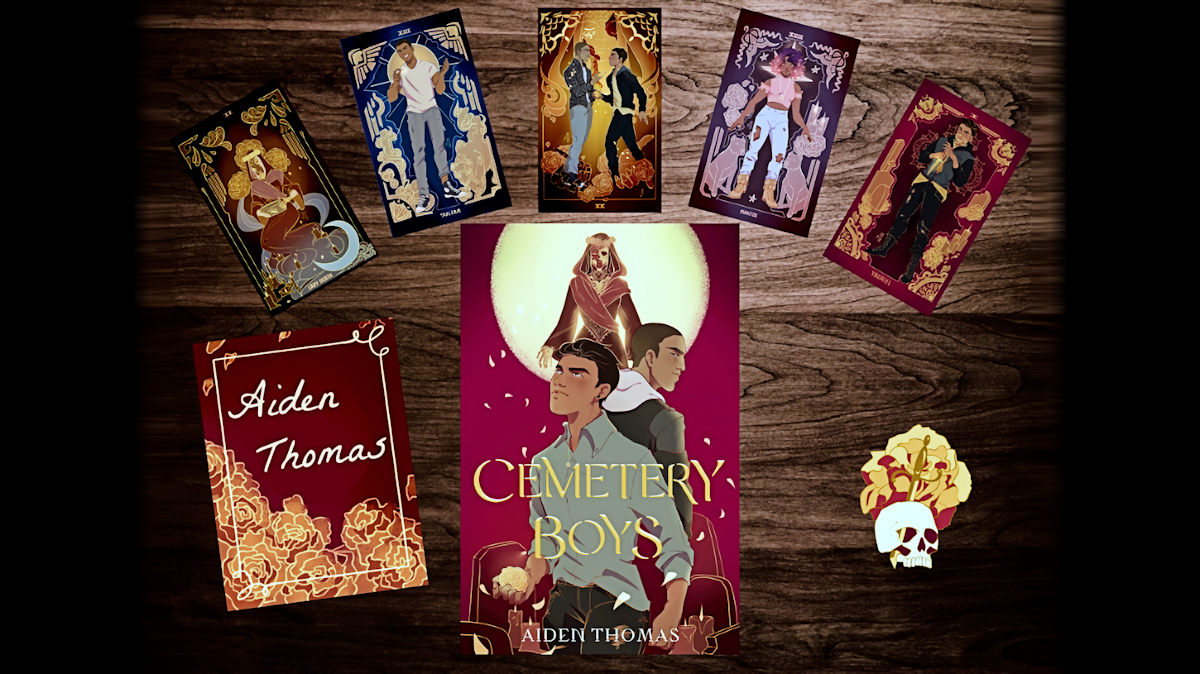 In a world where the type of magic one can use is determined by one’s gender and impacts the person’s social status within the community, a trans boy is determined to prove his identity and magic skill. Yadriel, with the help of his cousin and friend Maritza, performs his own coming of age ritual to prove that he is a brujo (male magic-user) and not a bruja (female magic-user). Something goes wrong, and he ends up summoning the ghost of Julian, a notorious high school bad boy, who refuses Yadriel’s offer of passing on before tying up some loose ends. The two make a deal to help each other.

What got my attention from the beginning was the world-building. In fantasy literature, there is a fine line between a natural description of the world and info-dumping (straying from the plot to show the novelty of the universe in which it takes place). In visual mediums, this is referred to as “exposition” and must be handled by keeping the viewer entertained at the same time. Author Aiden Thomas does an excellent job in gradually revealing the magical community and adding just the right amount of Latinx details at the right times (a gender-neutral neologism that is used at times to refer to people of Latin American cultural or ethnic identity in the United States), moving the story forward in a way that feels natural. I’m referring to how Yadriel navigates his family’s preparations for the upcoming holiday, Dia de Muertos (Day of the Dead), through scenes that show a bit of magic ritual here and a traditional food there, combining the two worlds in a way that enriches the journey to accompany the characters. What I liked about this slow-detail-reveal is how it is paced and presented throughout the book, first by how the main character sees the world within his family dynamic, later by showing how Julian and Yadriel react to certain cultural elements from each other’s lives and how anyone can fall into the trap of preconception.

For Yadriel, proving his identity as a man – a brujo, and his self-confidence in the first is refreshing to read about in someone at whose age is still considered one of self-discovery. However, his internal struggle comes from the need to be accepted within his community while at the same time still learning about the magic world and people around him. We know from the start that Yadriel has a good grasp of his own identity. What I liked most about this situation was his cousin Maritza being even more self-confident, even if she has her own goals and motivations. Thus, their relationship is based on a common understanding of the struggles of navigating social status while being different enough to help each other grow.

A mysterious death and the deadline to discover its cause being set for Dia de Muertos, giving the story a gripping quality that is only enhanced by the developing relationship between Yadriel and Julian. While death and the afterlife are treated as serious themes, the story is peppered here and there with just the right amount of humorous situations to make it feel more real. High-school and family drama are a mix of emotions for someone going through that age and what I liked in Cemetery Boys is, like before, the sense of balance between different or contrasting elements: the seriousness of a coming of age ritual and the teasing between classmates, looking for a dead body and falling in love.

For this audiobook version, Avi Roque does a fantastic job of narrating the story, giving each character a distinct voice, each scene a feeling of being there, in the middle of the action, whether in the full house or an empty cemetery church, under the stars or in the high school classroom. As a plus, the audiobook also includes a short interview with the author. That was also a delight to listen to, as the questions go back and forth between Aiden and Avi.

Besides the aspects mentioned above, the book deals with several serious contemporary issues that the Latinx and LGBTQ+ communities face. For the former, an example would be the constant spurious rumors about drug-dealing that go around certain immigrants just because they are part of a particular ethnic group. For the latter, transphobia and homophobia are so common that Yadriel has a pleasant shock when one character asks from the start about his “real name,” thus acknowledging his identity without questioning it. His surprise at being asked in that way hints at the number of times he must have been dead named or ignored. While not everything can be presented in-depth in a single book, it is good to see that these topics are brought forward and how the characters deal with prejudice because of their identity daily. As I see it, this story can help readers on their own journey of self-discovery, or it can be a good eye-opener to some of the social contexts that need to be navigated in real life by real people. My only regret about Cemetery Boys is that I didn’t get to read it when I was a teenager myself. I am now looking forward to reading more stories by Aiden Thomas, for the magic, for the world-building, for the characters.