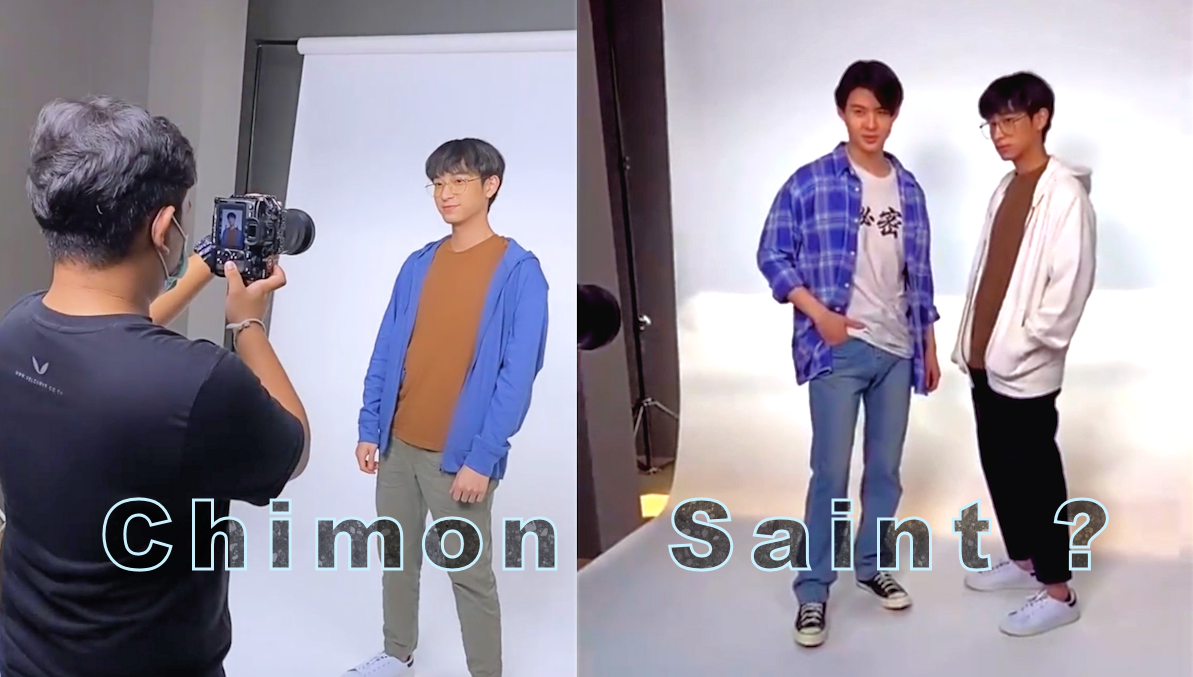 Today Someone Almost Broke the Internet😁 🐰😈👻 

According to KaChen Sodpho, or P’Chen, as he is affectionately known, Saint Suppapong Udomkaewkanjana had a fitting today for a new mini-series. He let it be known that it is episodic in nature, so a story for each episode. Saint Suppapong will portray a ghost.  Seng Wichai Saefant will also star in an episode. Today we were given a sneak peek at the workshop, fitting day, and a teaser of information from Instagram stories. We see that Saint and Chimon Wachirawit Ruangwiwat will appear onscreen together. Their roles & relationship to the story are unknown at this time.

was BL (Boys Love), she replied yes. After further questions, she replied, please stay tuned for further information. She is very sweet. When on an IG live, she said it is very secret project, and she cannot say.  But she did say that Chimon was very cute. 🥰

Since this is linked to Chimon, there is a rumor that Saint is set to replace Nanon Korapat Kirdpanin.  The pair (the ghost ship called Namon) were originally to star in a BL (Boys Love)series titled “I Will Hit You.”

According to user u/RrrPopkins on Reddit, this is the plot summary:

The plot is about a college nerd who worked as a tutor has to teach a gangster high school student who fell for him. It basically means “if you’re a mess, I will hit you.” Not a legit action.

The director of 2Gether – Champ Weerachit Thongjila, is rumored to be attached to the project. It has also been attached to Ch3

Given the plot differences and director choices, I believe this will not be the series with Saint and Chimon. The two actors Chimon & Saint, have yet to comment whether they will be a couple in the episode. If I had to speculate, I would say since we know Saint is a ghost, maybe there will be a help or hindrance to the pair of lovers. Two other young men were there during the workshop, which Tong Anongprn filmed within a heart filter. They may be the BL pair. We will wait for further details, and we will update when more information becomes available.