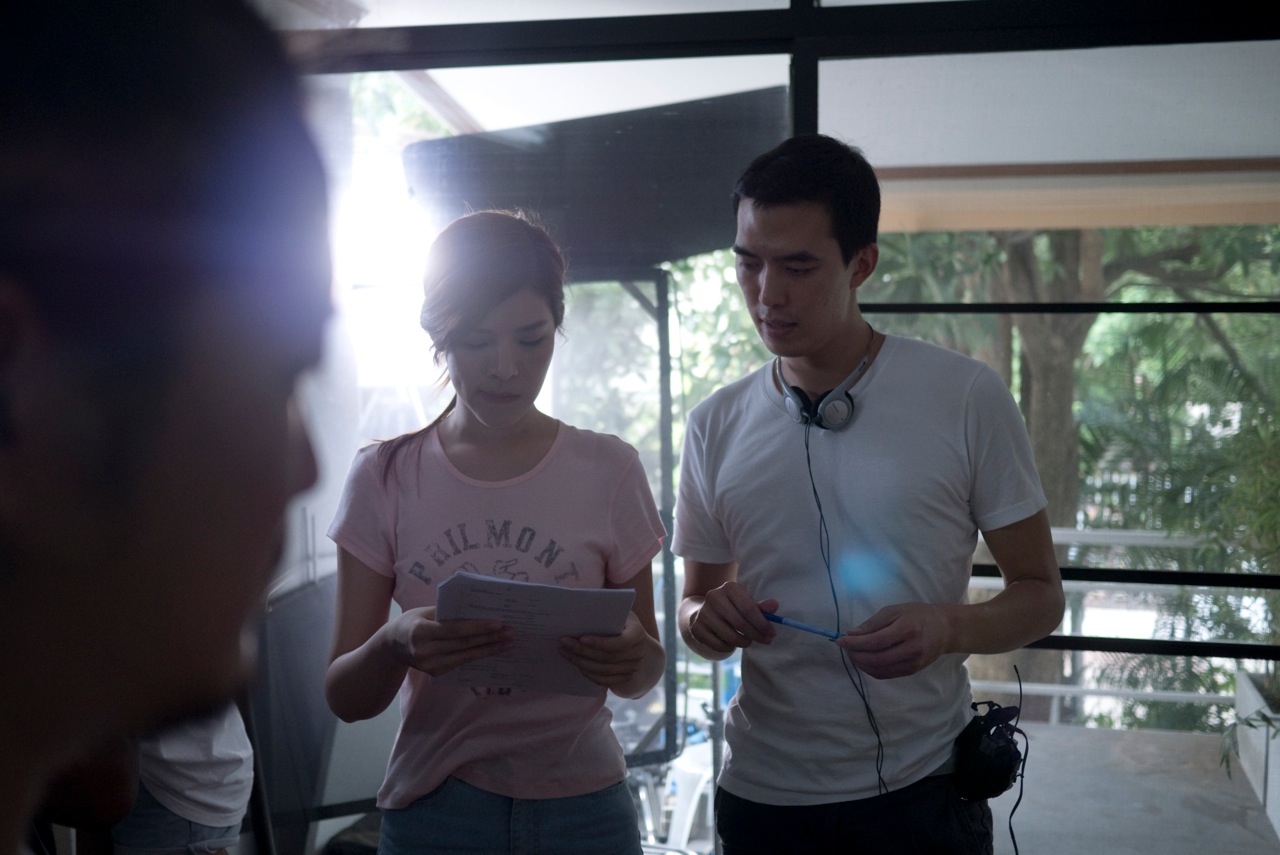 Describing Josh Kim as a Korean-American filmmaker may suffice to some readers, but for someone who has already seen his movie – How to Win at Checkers (Every Time), I wonder how it’s possible for someone who isn’t even from Thailand make a movie that is so convincingly Thai, complete with knowing what it is to be Thai, or with a complete understanding of the Thai heart?

I guess even Thais themselves have recognized his passion and dedication as a filmmaker when they chose his movie to be the country’s official entry to the Academy Awards Best Foreign Film category.

With a degree in Finance, Josh should have been working in Wall Street or a large multinational corporation advising top Executives about their corporate profits. But instead, he went to Hong Kong Film Academy to pursue his real passion – to be a filmmaker. The result is the movie that film festival critics and enthusiasts have been raving about. I had the chance to catch up and speak with Josh on his way to Madrid, Spain. The short time I had to talk to him could only be described as revealing, but inspiring as well…

I spent about six months of intensive Thai language courses, at 4 hours every day. It’s not easy especially the reading and writing. During the auditions as the actors are reading the script, some portions turned out to be wrong that I have to re-write it in that instant.

I asked Josh about his efforts to transform Rattawaut Lapcharoensap’s collection of short stories “Sightseeing” into a live-action film. He explained that he was only part of the undertaking and that it was the collective efforts by his Thai crew and friends, but also the actors who played the roles in the film that gave it that true Thai feel.

The first draft of the script was translated into Thai so that Josh and his tutor could study it to prevent any misinterpretation.

The film did very well Internationally; we took it to more than 50 film festivals. When we finally brought it to Thailand, I was really worried because, unlike the international audience, there is always the subtitle. As you know, there are small “nuances” when people speak. Are we getting those accents right, or is there something missing? But then after the screening, I was thankful that the critics even described the movie as “more Thai” than some recent Thai films.

With the film’s world premiere at the Berlin International Film Festival, Josh described himself as being nervous. He was worried about technical aspects of the film being up to standards since the fast pace of production had prevented him from seeing a final cut before the actual premiere.

I’d say the reaction of the Thai audience to the film was more gratifying. International viewers are limited in understanding some of the scenes due to the variance or lack of nuance in subtitling.  However, the Thai audience appreciated individual small shots in the film where there was a subliminal joke, most of which were lost to the non-Thai audience. What’s more important is, you know, the military is a powerful force in Thailand and many people approached me, telling me that they thought I <was> telling their stories… Some even told me their “bribe” stories…

I’d previously asked Josh if he is a “political” person, but then in watching the movie, there was never any instance when I felt he is trying to force the issue or preach and lecture the audience about certain political beliefs. I told him that I really appreciate the fact that he is almost “apolitical” in his approach as he allowed the audience to judge the situation for themselves.

There were two particular scenes that I enjoyed so much, had me laughing so hard and when I asked Josh about it, he said while there are scenes that were based on the book, others were from his imagination.

I don’t want the sexuality to be an issue (in the film). Actually, I think of Thai society as pretty much a closed society. As for Kitty, the transgender, I really want her to be a strong character. I consider her to be the strongest of all the characters. Everyone is afraid of the military except her. When I moved to Thailand, there were some transgender people who became friends and are the ones I can trust – they are the ones who are sharp and funny and are just being themselves.

That was Josh’s reaction when I asked him about one of the characters – Kitty, the transgender friend of the brothers in the film and how he thinks of her as their “guardian angel” since she’s always there for them, even when Ek’s boyfriend was not around.

When asked about casting the main actors, Josh said that it was arranged by a casting director and that he saw about 20 to 40 aspiring actors daily for two weeks and that the actors he finally chose to play the leading roles had auditioned during the first few days. The part of the older brother, Ek, was the toughest to choose, as that role is the one he considered the most difficult since he had to choose someone who can show different emotions, and at the same time, have the right chemistry with Oat, his younger brother.

I feel that Josh is very much conscious of the fact that film making is quite a tedious process since he often mentioned how much he worried about certain aspects of the film, and how people from different places would feel and react once they saw it.

It is a truly a brilliant film and I really hope it gets a shot at the Oscars. I know Josh Kim will have plenty more to tell us as his career in cinema continues its exponential growth.