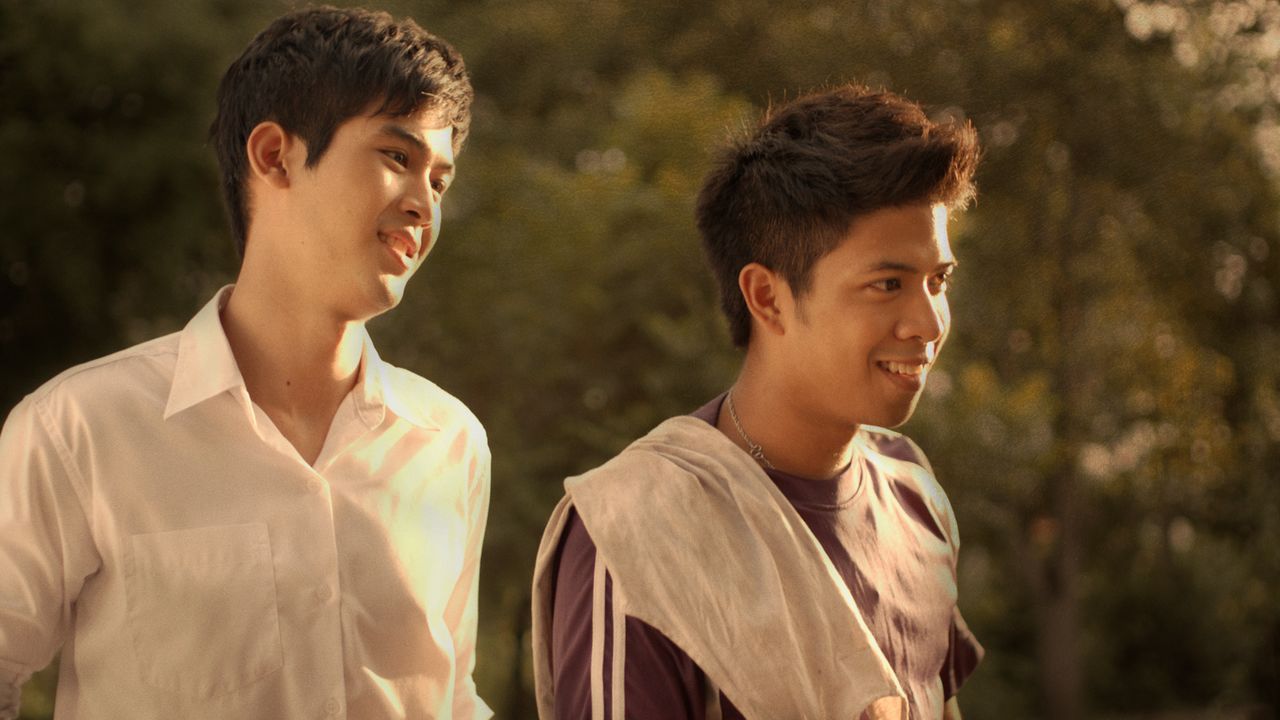 In a time when Thailand is facing a serious and deadly insurgent problem, we witness the coming of age of a Thai named Oat (Ingkarat “Ryu” Damrongsakkul อิงครัตดำรงค์ศักดิ์กุล ). The 11-year old kid has an older brother, Ek (Thira “Um” Chutikul ถิรชุติกุล), who is about to participate in a military draft. Unlike the way Koreans are drafted into their own military, the Thai way is reported to be based on “luck”, though the film shows that it depends on social standing and ability of the family to “keep” their sons out of said drafting.

You see, Ek is gay and poor while his boyfriend, Jai, comes from a socially prominent family. At this time, Oat and Ek are already orphans and live with their Aunt, where Ek is the breadwinner.

If Ek gets a red card, it means he’ll join the military for 2 years of service. What would happen to Oat if his brother gets drafted? How can they survive when the only one capable of providing for their everyday needs has to go away? What would happen if Ek gets killed?

I learned at a very young age how adults do business in this world. Rule #4: Do whatever it takes to win; even if it means someone else has to lose”. – Oat [from a scene in the movie, How to Win Checkers (Every Time)]

Based on the book, Sightseeing, by Rattawut Lapcharoensap, How to Win at Checkers (Every Time) is Thailand’s official entry to the Oscar’s Best Foreign Film category. At first, I was surprised and quite curious about the Oscar news, since it has been reported that, while the movie is based on the work of a Thai citizen, the filmmaker – Josh Kim – is not.

Whatever doubts I have been completely blown away as I watched a heartfelt, powerful yet subtle film about growing up, sexuality, politics and corruption and a glimpse into contemporary Thai society.

Says Kim in our interview:

The draft lottery makes this a story that can only be told in Thailand. It was important that the film was a Thai film first before anything else. I wanted to be able to read the Thai script and communicate with the actors, so I moved to Bangkok in 2012 and enrolled in intensive Thai language classes. During the production, there were massive protests which shut down the capital and eventually the military took over in a coup. Martial law was declared and soon after, a curfew was imposed. We were all worried about whether we would even be able to complete the film because our shooting overlapped with the curfew.

Such is the dedication of Kim to make an authentic Thai movie.