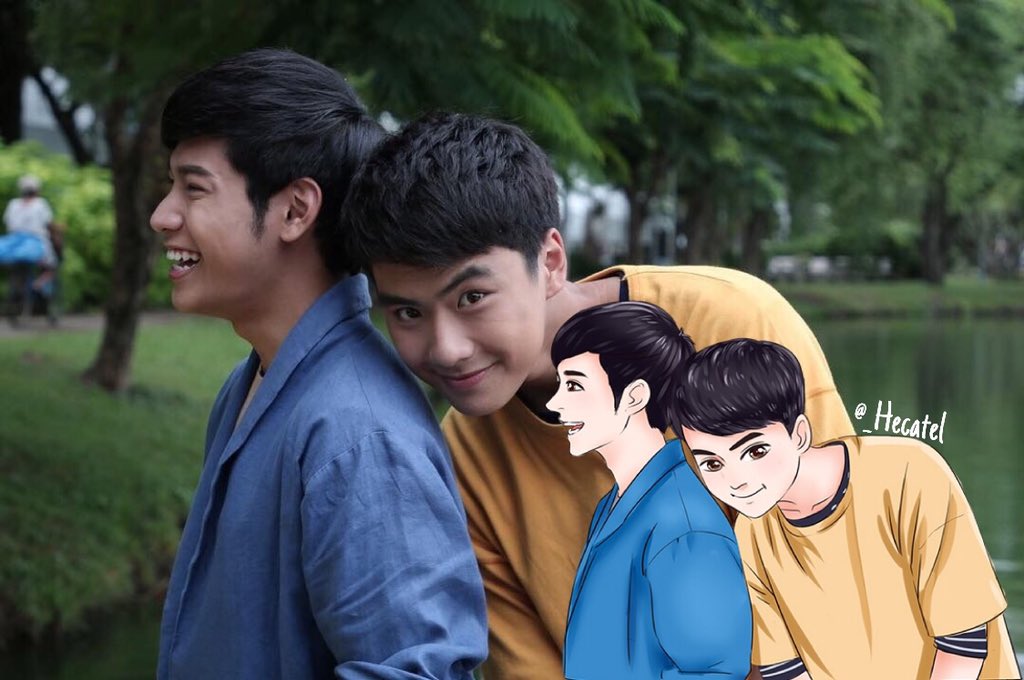 Why ‘He’s Coming to Me’ Exudes So Many Positive Vibes! Singto Romances Ohm!

The previous teaser trailer did not do justice to the upcoming TV series He’s Coming to Me as well as the latest one. But still, the impact of seeing Singto Prachaya Ruangroj and Ohm Pawat Chittsawangdee together is more than what many could bear.

Also known as They’re Celebrating Qingming Festival Next To My Grave, this new series features a lonely ghost (Singto) who roams aimlessly between the land of the living and the hereafter. By coincidence, he meets a young boy (Ohm) who has the ability to see his physicality, and they grow closer together.

What started as friendship turned deeper when the ghost falls for the other boy.

At 3 minutes and 35 seconds, the trailer above showcases some of the best scenes in the series. As I’ve said many times, it’s a matter of onscreen chemistry, and Singto and Ohm have it – in massive doses.

While people are still stuck up on the Singto-Krist tandem, I think we should have an open mind and welcome this new team-up.

All actors move on from show promotions, and the era ends eventually – it’s just how it is. We may love Krist with Singto, but Kongpob and Arthit’s story has pretty much gone as far as it can go, and it doesn’t seem we will get any more dramas from them playing as a couple. Singto and Krist have both got things lined up for them that are separate from each other. [source]

Photoshoots featuring Ohm and Singto for the He’s Coming to Me drama series!

Here’s a clip thanks to Hamburger magazine and for the photoshoots above!

The storyline of a ghost falling for a human being is nothing new, yet I’m thrilled that LINE is giving it another spin. Thai filmmakers are respected for their ghost stories and are world-famous for their BL-themed dramas. It’s a potent combination that is a surefire hit!

Chimon (of My Dear Loser and Our Skyy fame) is also part of the cast. This is something I find amusing and intriguing at the same time. Is there a hint of a love triangle somewhere?

Here’s an excerpt from the original source:

It has been more than ten years since I left this world. It’s a long time. But at the same time, it was very short and frightening. If compared, the amount of time that I live in a healthy body may be less than when I die. Since the day that I opened my eyes on this world, I have congenital heart disease. This type of heart disease causes the body to have many limitations… [read more]

Known natively as เขามาเชงเม้งข้างๆหลุมผมครับ, the series will premier 7th March 2019 and will feature 8 episodes.

This series ranks #1 in my most anticipated Thai BL for 2019.

Why? Aside from my mention of the ghost/supernatural-BL theme mix, both actors are talented. They are known to have dramatic chops at the same time. Who would argue against that?