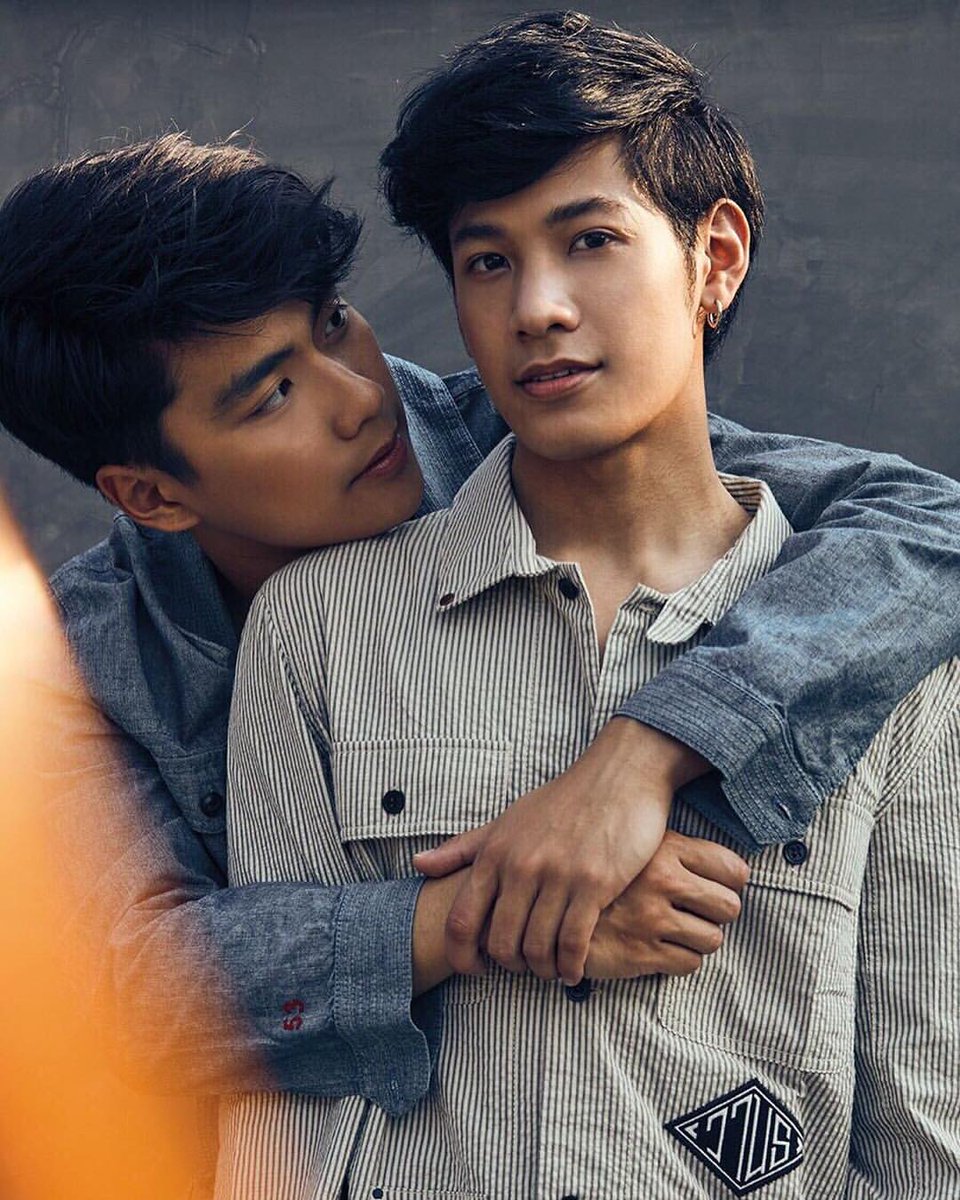 I have to say this: Ohm and Singto’s photoshoots is simply electrifying! No words to perfectly describe it but that. I’m talking about the Hamburger Magazine shoot.

What makes it even more exciting? Well, let’s see:

(1) It fuels further anticipation about the degree of interaction between Ohm and Singto in the TV series He’s Coming to Me;

(2) What sort of fan service they’ll try to orchestrate before, after and in between the series.

It’s like unlocking a better (and younger) New-Tay tandem with more potency and box office power. Not that I’m saying anything bad about New and Tay. Both Dark Blue Kiss actors deserved the accolades they are getting. What I’m saying is that the electricity between Ohm and Singto is simply over the roof!

Now Hamburger Magazine notes that the shoot was inspired by 3 particularly amazing movies:

(1) Call me by Your Name. Adapted from Andre Aciman’s novel, it stars Timothee Chalamet and Arnie Hammer, directed by Luca Guadagnino;

(2) My Own Private Idaho, starring the late River Phoenix and Keanu Reeves. Of course, from filmmaker Gus van Sant;

The first 2 films are – of course – gay-themed, while the last was a romantic hetero pairing.

The mag is supposed to promote He’s Coming to Me. The said TV series is to air 7th March 2019:

Also known as They’re Celebrating Qingming Festival Next To My Grave, the new series features a lonely ghost (Singto) who roams aimlessly between the land of the living and the hereafter. By coincidence, he met a young boy (Ohm) who has the ability to see his physicality and they grew closer together. [read more]

Is there anything more to say?