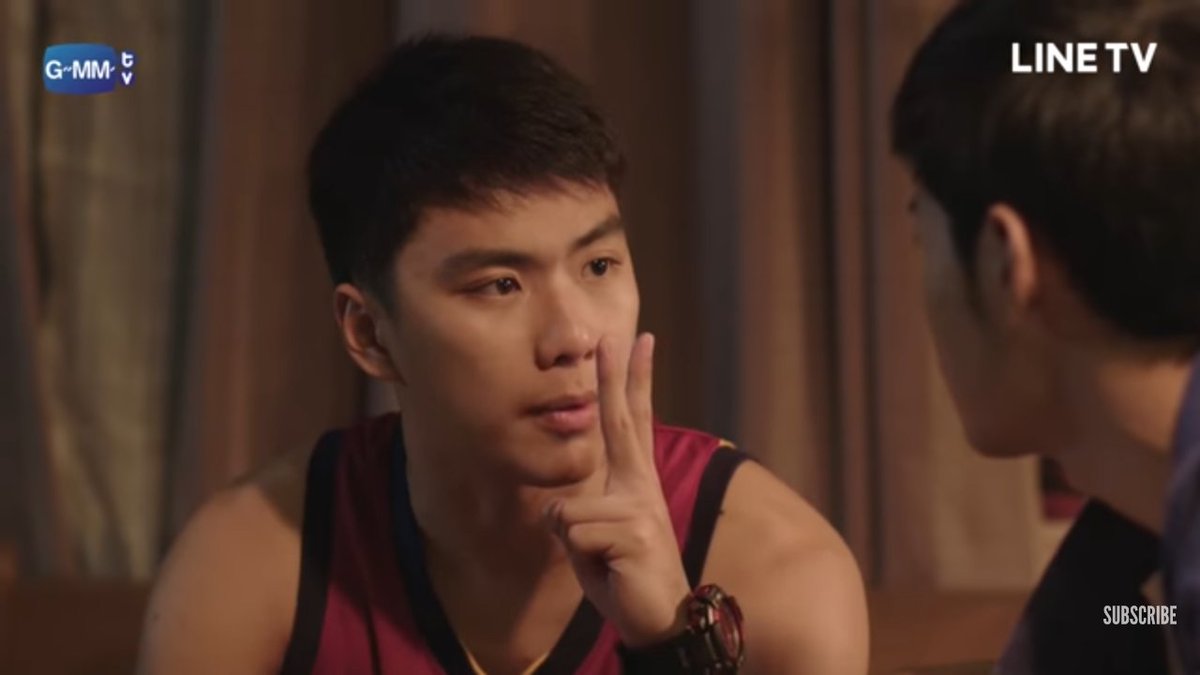 He’s Coming to Me Episode 1 took off to a good start.  But Episode 2 is better- way better!

There is some eye candy (sexy scenes featuring Ohm) and school life featuring Ohm (Thun) and his two buddies and one girlfriend. Singto (Met) now lives with Thun. It seems it only takes a few tricks for him to leave the cemetery. He settles comfortably in Thun’s sofa and begins to enjoy the ‘wonders’ of the internet. you see, he has been dead for 20 years, thus everything seems so exciting!

They even got a key to his apartment, which makes it a hassle since Met is now a resident-guest of Thun. It seems Thun has a girl-friend, not necessarily in an intimate relationship, but the guy is hot, so girls – obviously – gravitate towards him.

I like the pace of the episode. It offers plenty of bonding scenes between Met and Thun. This will pave the way for a more ‘intimate’ transition of the two.

At this point, Ohm figures heavily in the Episode. He uses his charm to a high level, you can assume he’ll be a big star in no time. He also has quite a fab body – the shower scene is short, but it connects well to the audience. I can hear fans screaming!

Looking forward to the next episodes!

Here’s the teaser clip for Episode 3:

I am highly recommending this series,  especially to fans of Ohm and Singto! The drama appears to be a good acting vehicle for both.