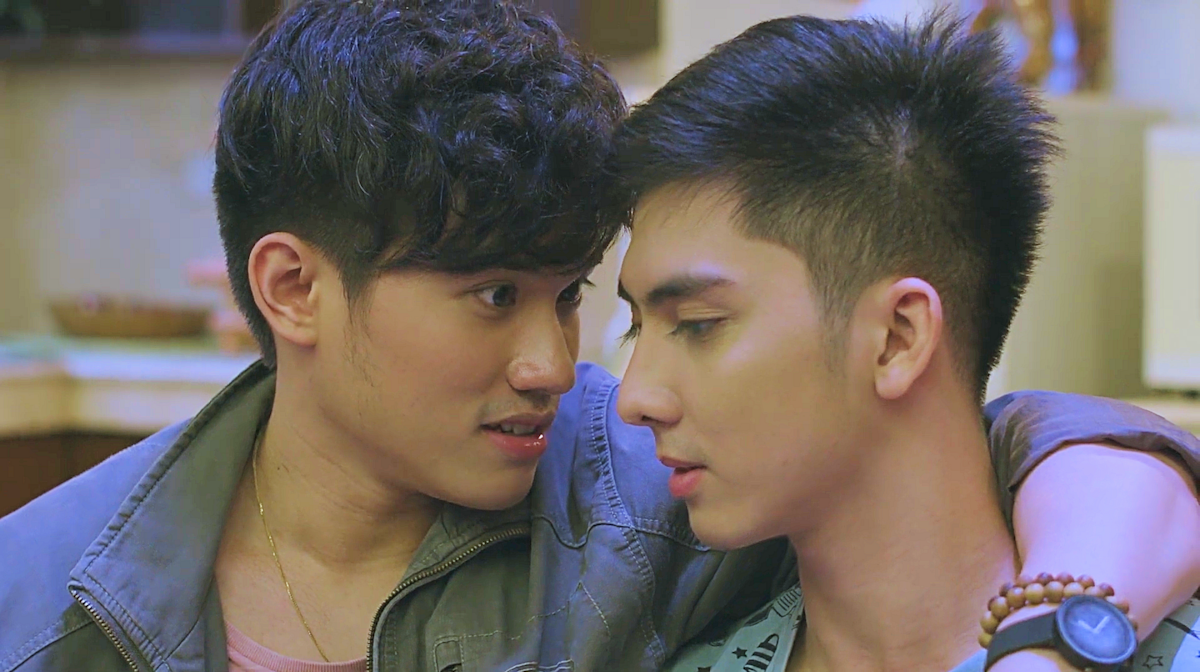 Our day is beginning with an unanswered alarm and a grumpy Karl hunting for the source. It belongs to a sleeping Vlad who has left the downstairs a mess. Vlad awakens and leaves on a mysterious mission. Returning to the apartment and Karl still being a mess, the two fight like lovers over whether the toilet seat stays up or down. Outside, their new neighbor Anna listens to their shouting match before Vlad storms off, moments before Judit arrives. As Karl learns more about Vlad, Vlad is on the verge of returning to old habits.

My Thoughts on Episode 3

If you think Karl became more mature after his second bout of immaturity and self-centered actions, you’d be wrong. Wandering out of his bedroom (that he refuses to share with the one person who makes paying Karl’s rent possible). He follows an alarm’s loud sound into the war zone that is the apartment he now shares with Vlad. Dirty dishes, clothes strewn about, and no rice cooked are all sources of Karl’s ire, which BTW is valid more than his response.

At this point, Karl has forgotten what being an adult is all about, failing to remember his valiant offering of a place to stay to a homeless man.  But instead, acting like a petulant child who has allowed a friend to spend the night. He whines, pelts Vlad with things, all while trying to rouse his roommate. Maybe it’s just me, but If you allow someone to live with you but refuse them access to the only bedroom, their sleeping area is their space by default. Should it be cleaner? Yes, but you don’t just stomp and whine through it like a childish t-rex, which is exactly what Karl does.

Starting the episode this way felt a bit ‘playing it safe’ when looking at the previous two. The two had a good conversation on homosexuality, listened to each other, and above all, respected each other in episode two. Once again, to begin it with the two right back how they were in Episode 1 feels we’re rehashing. Add to this, the entire reason Karl offered Vlad space was that Karl had a moment of maturity, and so this scene seems just a bit forced. The fact that they spend almost ½ of the episode with feelings like these doesn’t fit either. Whether the scriptwriter is intentionally making Karl hard to love and relate to on purpose is beyond me.

But Vlad gets a call and is off, and Karl is left with the mess. If Karl did care, he would have cleaned it or already ate while Vlad is off getting terrible news (He didn’t get into film school). I blame his selfish and narrow view of things around him. A director needs both comprehension and an open mind to be good at it) Karl gets a job offer. This episode’s writing is way slower than the last two because it’s eight minutes in, and we are still at the dirty apartment.

Upon returning home, Karl sees the apartment is still a mess, and Vlad isn’t home. Vlad left first, so why Karl expects the apartment to be clean, I don’t know. But Vlad returns happy despite his news and tries to give Karl a present, this being why he left in the first place. But Karl is back to not listening and just berates Vlad continuously. Karl even follows him to the bathroom while he is pissing to rant at him. We are officially at the halfway point, and this long fight is finally ending. Outside of the apartment, their new neighbor Anna listens. Vlad storms past her, and Karl follows and meets her.

The story continues with Vlad once again calling his mysterious ex-<insert gender> for a place to stay while in the apartment landing, Karl tries to lie to Anna, but then Anna points out she’s friends with Judit. So she knows about Vlad and him, and it gets a bit confusing on what she actually knows. I did enjoy her character as she lied to her job about her location and sat putting on sunscreen to offer comments on the fight she overheard. But her phrasing when talking to Karl was a bit confusing. It doesn’t matter because Judit appears with supplies for her “baby brother.” Yikes!

There is a fancy bit of filmmaking as we see an overlay of a FaceTime call between Vlad and his best friend on moving back with “the Ex.” She is against it, and in a clever bit of scriptwriting, we see how alone Vlad really is. In their small circle, the other friends don’t talk to him for various reasons or can not take him in. It’s very well done and offers a sense of sadness to the carefree (on the surface) Vlad. Karl calls to inform Vlad Judit is there, right after Vlad sees the text from his ex that he’s excited Vlad is coming. Vlad heads back to Karl’s apartment, but I am more than mildly curious about the ex and how he still makes Vlad smile.

Judit being repulsed by the apartment’s state is perfectly played with the well-done synth soundtrack for the moment. It’s clear the music is tailored for the moments, and it adds to the scene. Karl and Judit discuss Vlad. Don’t get me wrong, I appreciate its intimacy, but Judit’s speech about why Vlad is so messy and pigheaded explained next to nothing. It was supposed to be a response that covered Karl’s list of negative points. But saying he had a maid and didn’t get enough attention doesn’t do much. If it was meant to show she doesn’t know her brother personally, which I’m optimistically hoping, then the dialog was a success.

She concludes with he should return home, to which Karl respectfully responds that isn’t their decision. I seriously wonder if his immaturity is all an act to push Vlad away, and he is seriously mature. Vlad enters, and Judit demands gay affection. It felt a bit like demanding circus animals to perform, and I was not a fan of the scene. But it did show Vlad respects Karl, enough to inform him he will kiss him on the cheek before he does so.

There is a pure hilarity scene as the pair stands in the kitchen while Judit puts away groceries. We learn Karl has no idea what condoms are (just watch it; you’ll be glad I didn’t spoil). She takes her leave but not before asking about film school, and Karl learns what’s going on.

At this point, we have another moment of Karl learning more about Vlad, feeling bad, and offering him a place to stay. This is getting old to me as it has happened two out of three episodes now. I checked Episode 2, and it does end the same way. To me, this episode felt more than a little redundant. We have already been through these scenes. Did we learn more about Vlad? A little bit but not enough to spend more than half the episode watching Karl nag him. Karl himself seemed to have another cycle of immaturity to maturity, and I wonder if it will stick this time?

The filming was perfect, the music beautiful to the point I bought “Selos” by The Vowels They Orbit (the ending theme) off iTunes. But the pacing and the script were not what I have come to expect from this show after the first two stellar episodes. It did cement to me that Vlad’s ex is waiting for him to come back to him. Also that Vlad will continue to try for it until he either stands on his own two feet or a better option presents itself. Maybe Karl is that option. But with film school no longer an option, what will Vlad do now?