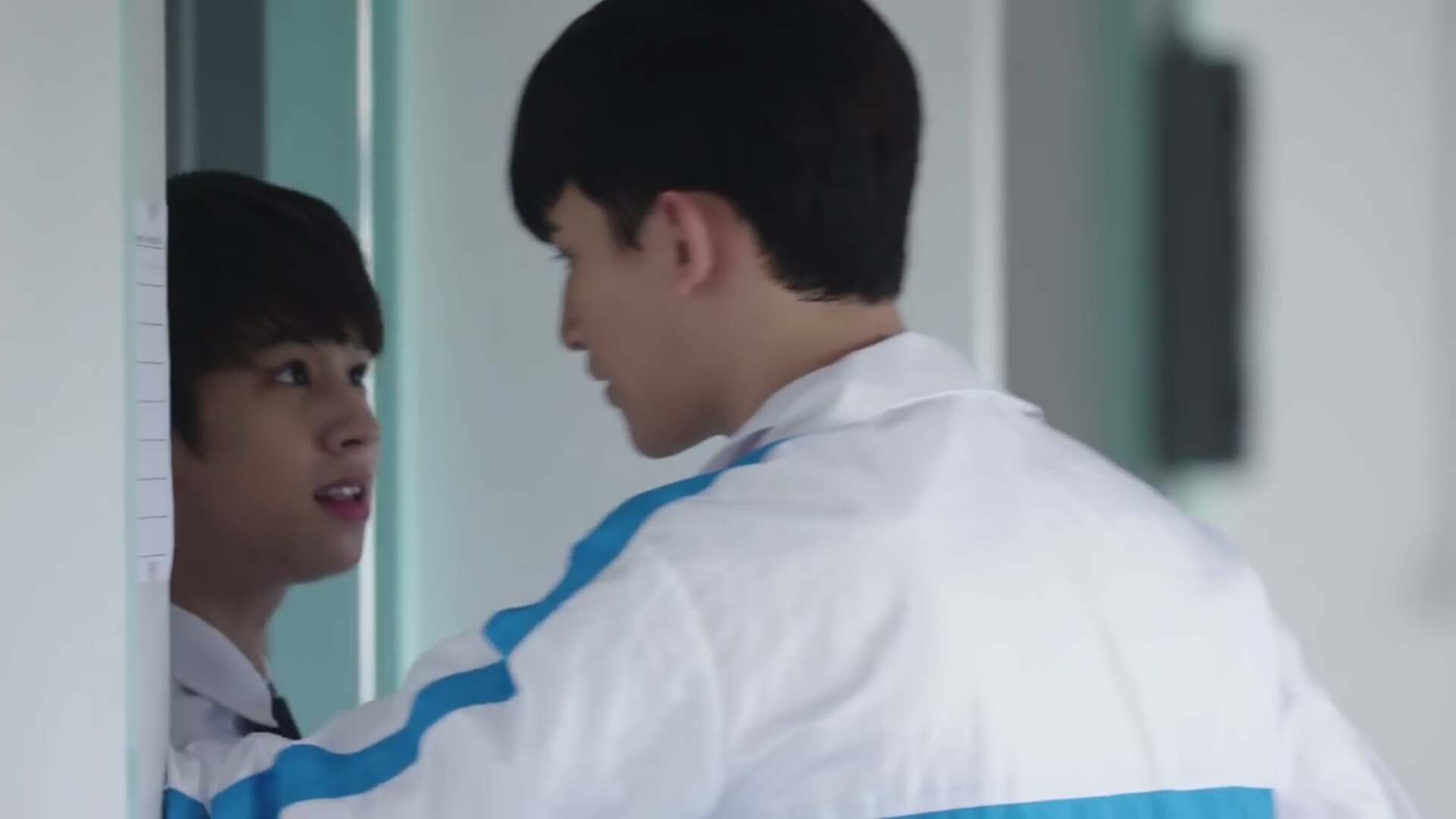 Until We Meet Again – Episode 6 [Review]

I watched Until We Meet Again Episode 6, multiple times to improve my understanding of the nuances and the limitations of the subtitling, and just to take in all that’s going on.

Last week I inferred oncoming “fireworks” based on this episode’s preview, but what we got here was an emotionally fulfilling experience.

There’s overlap from the previous episode with us seeing again the flashbacks Dean is experiencing with his view of In essentially forcing a dinner date with him on Korn, and the following, where Win has to get Dean to snap out of it. Maybe this is a foretelling of Dean doing the pushing of his developing relationship with Pharm.

We’re at breakfast, 2nd Breakfast, or lunch, whatever. We eat a lot at this show. Especially desserts, of course, made by Pharm. During their discussions, we have nice product placement by MYSS Cosmetics (some that Del already has). But just before that, we have an absolutely brazen and scandalous act perpetrated by none other than Dean – he reaches under the table and affectionately grabs Pharm’s hand and doesn’t appear to want to let go. Chaos ensues as the girls try to figure out why Pharm’s face is so red, but we’ve gotten the point – Dean is becoming more assertive. The group talks about the upcoming Open House event and what the varying faculties are going to do about it. More fun follows with Team’s future ability to remain dry in serious doubt. Dean suggests desserts for Del and Pharm to make, and Pharm dreams up new dessert ideas for the event as well.

Dean is driving home that same evening and gets a “goodnight” text from Pharm. Immediately following, his own flashback of Korn and In. The scene with those two appears to highlight In’s being a bit inept at cooking. But no matter how bad it gets, any criticism from Korn, In just lets the negativity roll off his back – nothing will spoil the evening or change his growing feelings for Korn. This has a profound effect on Dean where he almost drives into the house, with tears in his eyes, with young Don and Del running out to make sure he’s OK.

We see that Pharm is tireless when it comes to prepping and producing desserts for any event, and for Dean and his friends. At the Open House, in the Faculty of Economics booth, Pharm and a peer are setting up, getting ready for the event. His peer knows that he worked hard late into the night, and she suggests that he go for a break and relax. Pharm picks up all the extra bags of desserts he’s made and goes over to the drama dept’s area where Manaow and Del are prepping for their day of the Drama Club Open House. Alex shows up and makes his feelings for Pharm known again and he and Pharm duel some with Alex suggesting that if Pharm and Dean aren’t together yet, then he has a chance. Pharm shoots back “How do you know we’re not together yet?”, regretting it seconds later.

Off to the Business Administration booth where Pharm encounters some of Dean’s friends, who are not shy about doing a little teasing, right before Dean takes Pharm on a tour of their facilities. Dean and Pharm start talking about desserts and Dean asks Pharm why he made Kanom Pra Pai. Pharm explains that it’s a dessert used mostly in weddings, symbolizing a stable relationship, strong and sweet love.

It’s interesting to examine how Dean and Pharm react to the flashbacks involving Korn and In that they both experience. While Pharm hyperventilates, panics, and otherwise experiences them unpleasantly, Dean reacts almost stoically, with suppressed, yet extreme emotion, sometimes with tears. We’ve seen hints up to now telling of Dean’s constant search for something, or someone that’s missing from his life. Pharm just follows what he thinks are instincts, making specific desserts, as if being guided unbeknownst to him.

At this point, however, Dean is fully aware of the situation he’s in and now knows that Pharm is the something or someone he’s been missing all his life. What he told his restaurant-owner friend was the truth.

A strong reaction from Dean follows after Pharm explains the symbolism of the Kanom Pra Pai.

Dean backs Pharm up by at least 17 steps, and a multi-foot camera dolly to the left, into a deserted classroom, all the while staring into Pharm’s eyes. He casually pulls out his phone and replays a clip sent to him shot by Del earlier detailing the last words spoken between Pharm and Alex “….how do you know we’re not together yet?”.

Actor Fluke’s character Pharm then just dissolves into a darling “kill me now” moment. This “kill me now….” would be similar to an American idiom that is used as a display of extreme embarrassment. Wonderfully appropriate, wonderfully done.

(BTW, regarding my previous comments with Fluke and makeup – he doesn’t need any. 🙂 )

What follows is the language understood by lovers, ones that are destined to be together, forever. Then, Dean kisses Pharm, while underneath, an emotional acapella duet of the UWMA theme song, followed then by full musical accompaniment.

There’s the line at the end of “The Princess Bride” about the kiss.

Since the invention of the kiss there have been five kisses that were rated the most passionate, the purest. This one left them all behind.

I like applying that sentiment here as well. It took a while to get here, but it was for good reason and a good story.

They leave their embrace to head back to the cafeteria. There, Dean bestows upon Pharm with what in America we’d call his “Letterman’s Jacket” (strong symbol for young romantic couples), leaving Pharm sitting there to revel at the moment. A bit patriarchal, but its heart is in the right place.

Pharm is pulled back to reality with a FB prompt and is yet horrified again to see how really “public” his relationship with Dean actually is. Dean comes back with lunch, and “meh”. No big deal, plus it lets people know not to mess with someone who’s not single!

Wow, all the food their characters munch on set – it’d better be good!

The last break ends with the flashback to the night of the tragedy between Korn and In. In is wearing a shirt. I can’t help but feel a sense of dread about how the day in this scene will end.

Later that evening, after another product placement for makeup, we join our cast for dinner. They get into a discussion about the various versions of the story of the Red Thread and its meaning. When Team starts to explain what he knows about the legend, he starts into details and both Dean and Pharm appear to experience brief flashbacks of that tragic night and afterward.

However, this time, they experience those flashbacks together.

The reunion is here.