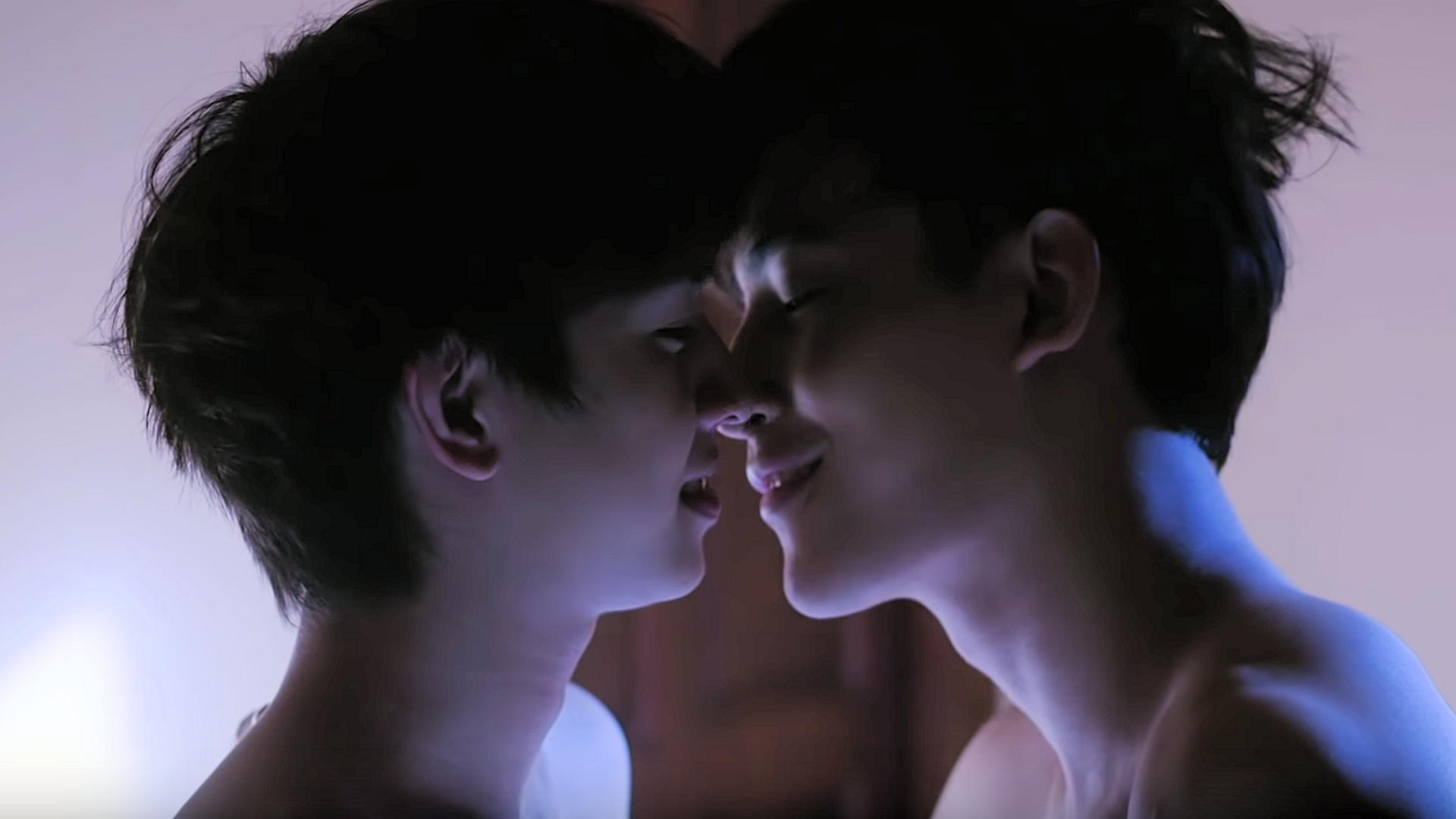 Until We Meet Again – Episode 13 [Review]

What do you do after an arduous exercise of drama and feelings in this emotional roller-coaster of a series, with the main protagonists now well-aware of the situation they’re in with reincarnation, and memories that either interfere with or supplement your own? You present an episode like this one, with mostly good-feels, funnies, loving and touching, and maybe a surprise or two.

We open with another contrast as we’ve done often recently with Korn and Intouch.  At this point in the series, we start with more of Korn’s “famous last words” to Intouch telling In how great things are going to be when they’re together.  I expect this in the series as I’ve stated earlier, the loving relationship between these two was doomed from the beginning. This scene is right where we left off last episode before the credits with In eating ice cream with Korn watching and not understanding his love’s attraction to sweets. It’s pretty plain that Intouch sneaks in just a bit of affection to a surprised Korn.  Sneaky and cute.

After the opening credits, we find Dean, Pharm, Win and Team, along with the swim team still on holiday at Kanchanaburi. When I used the word “contrast” before?  Well, here are Dean and Pharm, actually going somewhere that apparently Korn could only talk about with In.

In more of a spoiler that I like, I have to mention an exchange between Pharm and Dean that still shows their own relationship in its infancy, with Dean still having some raw nerves from the actions by Korn. Pharm mentions he saw “Intouch” in a memory while on his back in the water, and how Intouch always wanted to have an adventure like this. Pharm then uses present-day tense saying “He said he wanted to go on the floating raft, and you took me here”, sorta implying In’s desires in the previous life carried weight here in the present. Dean reacts somewhat testily “I (take) you here because I want you to come, not because of someone else.” The issue’s relevance drops very quickly, with a half-smile from Pharm. They are still getting to know each other, outside the intense memories the two of them involuntarily share with Korn and Intouch.

Everyone is having fun, even Team and Win. They all have dinner with some having the intention of getting drunk. Dean and Pharm excuse themselves for bed to Cabin 3.

One of the things about boys love itself is that once the feelings are expressed, and the relationship is established, there occurs between the couples an expression of their love through acts of physical intimacy. Something more than the even deepest and most heartfelt hugs and kissing.  However, the limitations of how much can be shown to us of this expression of love as a TV audience are obvious.  We’re talking television, and even cable television. These entities, along with sources like YouTube, Line TV, and One31, all have limitations on what can be shown and explicit man-on-man sex isn’t one of them.  The producers, and directors do the best they can with what they’re given.

We get to be observers of Dean’s and Pharm’s first real expression of love through physical contact with only a few of Pharm’s cute, but truthfully getting old “P’Deeeeaaaan!”.  P’New’s skills are on display here, and the moment is captured in the most intimate way, closeups, sharp lighting emphasizing light and shadow. Sad to say that the focus puller on one of the first shots of adorable Pharm being exposed from under the bedspread missed it, but no biggie.  I think Ohm’s and Fluke’s performances here are excellent and involving, as if we should expect less. One of the best lines comes from Dean when he tells Pharm “I’m just your Dean”, leaving one all warm and cuddly.  Fluke even comes up with Pharm sounding husky – deeper than we’ve ever heard Pharm’s voice.  I literally felt goosebumps, and anticipation. We saw in the teaser Pharm’s shirt coming off, then Dean’s.  I’m so happy P’New didn’t yell for “makeup” at this point – their hair looks like it’s supposed to. Their encounter here is implied with a little cliché of motion from the light fixture.

Another couple, Win and Team in their cabin, are playing at having physical relations, though theirs appear to be a bit more aggressive with moves and countermoves for dominance, as that’s the apparent dynamic of their relationship. “Prem” Warut Chawalitrujiwong’s performance as Team is effective as the no-nonsense, no-bullshit antithesis of “Boun” Noppanut Guntachai’s cool playboy, devil-may-care character of Win. Team doesn’t appear to trust Win’s feelings for him at all, and accuses Win of just that.  We can only assume that they work out those differences.

It’s morning when we’re back with Dean and Pharm.  Pharm is awake and quietly starts an exploration that results in fun, tenderness, a few laughs and even a little humility. It’s entertaining to watch Pharm, dealing with his own conflicted inner-monologue, trying to decide whether to satiate an element of his curiosity. Fluke again shows his skillset letting Pharm have a little fun. I especially like Ohm’s performance as well after Pharm goes to shower as he’s able to make Dean humbler and more sympathetic. Ohm’s performance throughout the series just keep getting better and better to me.

Later that morning, there’s an encounter between the two couples at breakfast – Dean & Pharm, and Win & Team. The pair of Pharm and Team pair break off conspiratorially, leaving Dean and Win. This is where the whole contingent of friends make assumptions, with “knowing” eye contact and gestures – all in an effort to confirm whether or not they “did it”.  Here, it’s a lighthearted bit of comic relief. (Caution: possible TMI) Just so you know, there are many aspects of fulfilling gay sex that don’t involve penetration, with no hubby-wifey context at all, just like what I feel happened here.

We come back from break and the crew is now at the waterfalls, splashing around, continuing their fun exploits when Pharm gets a phone call from him mom right then.  There are issues that seemingly cause the whole band of friends to start a return back home. When they arrive back at their departure point, Dean and Pharm head to Dean’s home, and encounter some unexpected news and events that Pharm responds to very badly.  The first cliffhanger we’ve had in a while.