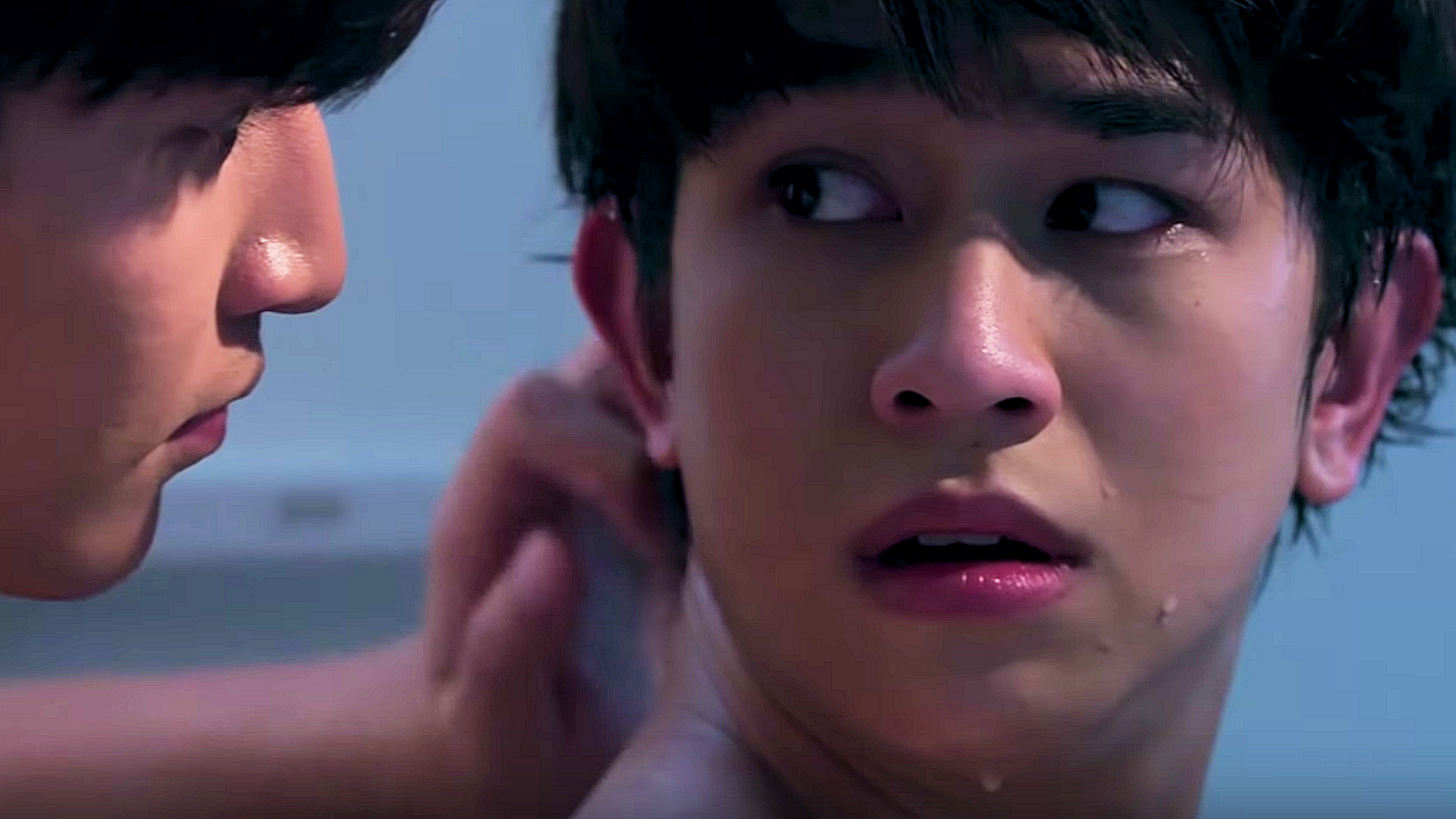 Until We Meet Again – Episode 14 [Review]

Last week I was rabbiting on about Korn’s “famous last words” and all the broken promises as if the chronology of Korn and In’s story was waning from this series.  I was wrong.  Not only do we get to see more of the good and bad times with Korn and In, but we’re also starting to get a clearer timeline of events that link to what our present Dean and Pharm experience through sometimes not-so-pleasant dreams.

We open on a scene with Intouch, his sister Antika, and In’s niece Alin (Dean’s mom) in a domestically flavored sequence that illustrates the closeness and heartfelt affection existing in the Chapotkin family.  “Earth” Katsamonnat Namwirote shines in this scene as In, the loving uncle to his niece Alin. The scene also serves as a bridge to present-day Pharm’s coming out of the fainting spell at the sight of present-day Alin last week. Here Alin is played with dignity and quiet restraint by Thai actress “Nok” Sinjai Plengpanich, [a model and who also starred in several Lakorn (Thai prime-time dramas)]. At this point in their meeting (again), feelings burst out of Pharm that are just inconsolable.  This is his Alin.  For the next six minutes of the episode, we watch with concern, as Fluke has his character Pharm let go with his feelings that have boiled near the surface for what seems to be the entire series. His performance makes me want to reach out and pull him into a hug too, to let him know everything will be alright. Part of this being “OK” as shown in the previews for this episode, was the suggestion for Pharm to take a hot bath prepping for sleeping over at Dean’s house, while in the other room there is a shot of Alin looking at the past and memories in a photo-book.

As mentioned before, Dean is helping Pharm with the bath. However, Pharm starts his bath alone, again having a conflicted conversation in his internal monologue.  What follows lightens the mood for a moment as there is an affectionate interplay between Dean and Pharm. They retire to bed for the evening.  This entire sequence is long and drawn out at over 8 minutes, but not in a bad way at all. I appreciate the loving way in which P’New has his actors proceed at a very leisurely pace.

Back from break, we’re back in the past with Korn and Intouch in a bit of intimacy that I was never expecting to see, based on our previous views of the couple spending their time together.  This moment of affectionate connection between Intouch and Korn is heartwarming. However, as we’ve seen before, their moments of bliss seem to always end a bit coldly. In this case, stark enough for a cut to a shot of Dean’s face with his eyes popping open quickly to surprise us.

I talk about not revealing “spoilers” in these episodes, but let’s face it, one of my previous “reviews” was more of a recap – practically a narrative of the entire episode.  While I’ll always try hard to avoid flagrant “recaps”, sometimes it’s difficult not to reveal some spoilers.

Dean’s eyes pop open.  He gathers his senses and realizes that it’s just another dream.  However, another camera angle reveals that Pharm is also deep into a dream.  This one involving the strongly negative periods in Korn’s and In’s relationship. Even with forceful prodding from Dean, it takes over 30 seconds for Pharm to actually awaken. Awake and even calling out Dean’s name, Pharm continues reliving the terror of that night at the restaurant for more than 50 seconds after that, with Dean reassuring him over and over.  My heart was in my throat.  I know this is a TV show, I know these are actors, but dayum, it’s hard to watch.

What affected me the most wasn’t that Pharm was having the dream, but that in spirit, Intouch was there sitting there in Pharm’s place with Dean for the second time in this episode.  The first time was when Pharm broke down in front of the painting, “I miss Alin!”.   I’d stated in earlier reviews that Intouch was the stronger of the two of them, with “In say(ing) and do(ing) the things Pharm silently wishes he could do”.  Are we watching Pharm starting to lose who he is?  …..losing what makes him uniquely Pharm? Even though Pharm is Intouch reincarnate, does this process have to destroy what we know as the individual Pharm Triwinij? I have not read “The Red Thread”, so I don’t know.

One of the expectant events in this episode was that Dean was going to introduce Pharm to his parents.  However, as we saw at the end of last week, they got home early from this trip.  Having met mom, the next hurdle is for Pharm to meet Dean’s father (here played by “Kob” Songsit Roongnophakunsri, a veteran Thai singer and actor).  In all actuality, Dean doesn’t know his father well at all.  Living primarily with his paternal Grandmother until her death, Dean never really spent much time with the Wongnate family. The two of them, Dean and Pharm, are in really uncharted waters as to Dean’s Dad’s reaction to their relationship. I will say that after all the heartache, this episode ends on a positive note, with next week’s episode to be of the best sensual variety.