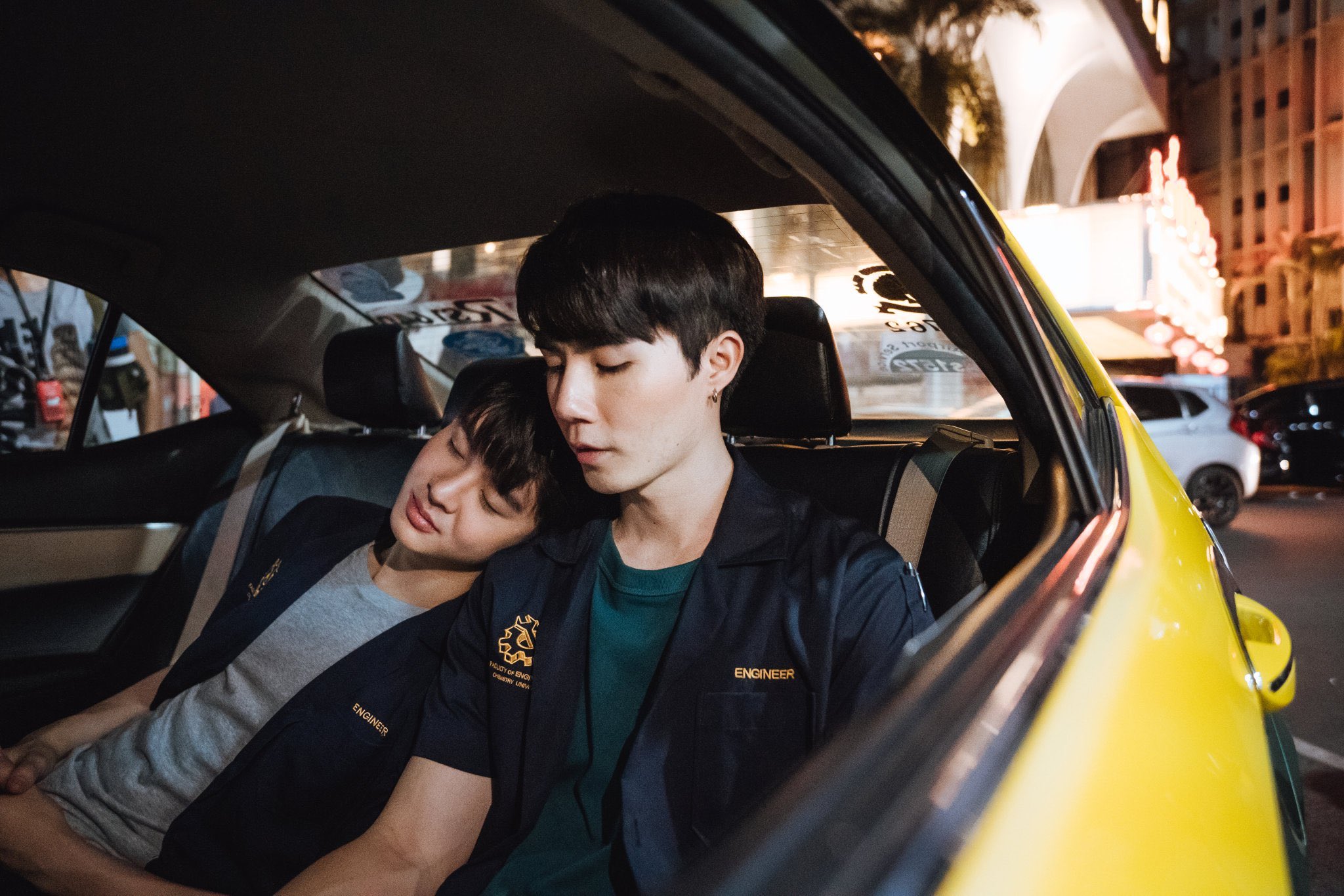 Episode 5 of WhyRU the Series represents a subtle departure from previous episodes as far as relationship development. Both our main couples – Zon-Saifah, Tutor-Fighter seem to have reached a turning point – perhaps its best to call it a point of no return.

In summary, the series is all about 2 couples with colliding (somewhat uncompromising) personalities. A BL fiction writer, Zol,  has incorporated 4 young boys into her novel and she knew them quite well – one is even her brother. What started out as a sort of unruly brawl-like existence and manly competition turned out to be romantic after all.

How come? The production team has been quite innovative and aggressive in the way they created the series. Incorporating animation, fantastical imagination, even abstract expressionism, and progressive intimacy, the two couples – Zon and Saifah, Tutor and Fighter were “forced” to become intimate with each other.

Jimmy Karn as Saifah has developed his acting craft by becoming quite intimidating vis a vis Tommy Sittichok’s Zon – as his height dominates the smaller, yet more experienced actor.

Here we have an attractive couple gifted with the talent to make people laugh. My opinion stays that Tommy remains the MVP of the series. However, Zee Pruk is getting there…

Tommy Sittichok’s portrayal of Zon is spot-on. His ability to heighten the comedic flair of his scenes with Jimmy Karn is worth all the hype.

Saint’s Tutor and Zee’s Fighter has finally reached a point of no return in Episode 5. The animosity is completely gone and their attitude towards each other has grown to become endearing.

Part 4 of Episode 5 (if you are watching legally) is dominated by Zee and Saint. In particular, Zee Pruk has obliterated his critics by way of credible acting. I felt that he has completely infuriated viewers with his antagonistic attitude towards Tutor – who is trying to cope with life-changing events. I am reserving my review of Saint’s acting in a separate piece. You see, we need to update our #Phenomenon named Saint_sup very soon!

The scene with the bunny and koala is full of sentimentality – especially so if you are privy (or just aware) of what the two actors have been going through. In the world of BL, you need to be intimate with the boys and their public affairs. Otherwise, you will appear clueless and out of touch.

By far, this is the best episode of the series.