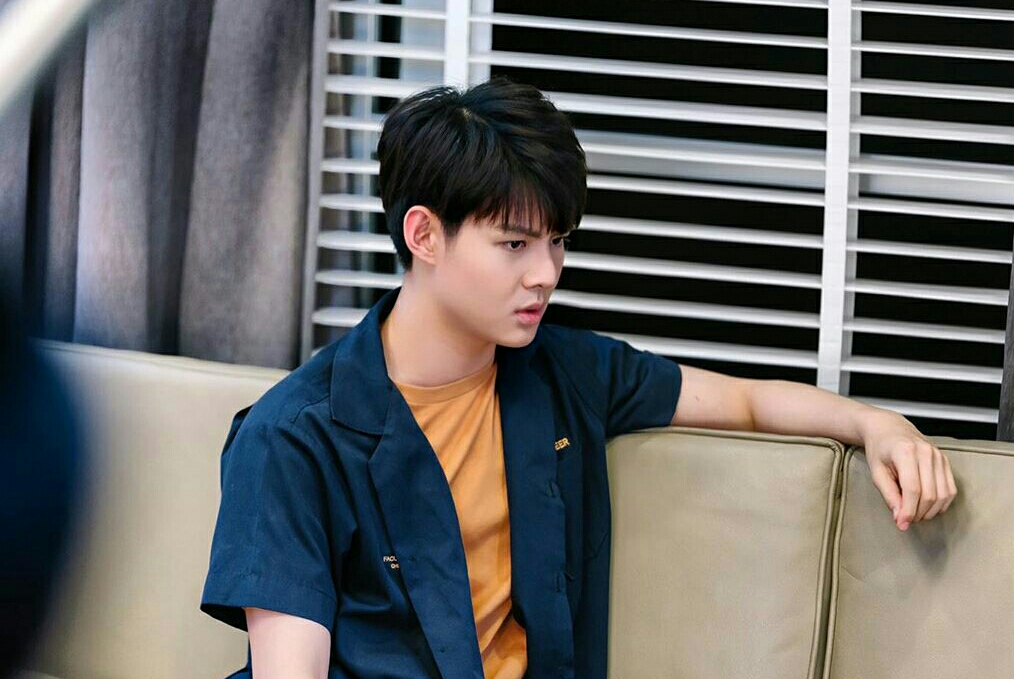 Let me start my review by a quote:

Lie through your teeth – Today, it means to lie through a smile – easily and unashamed. But its origins go back to the 14th century, when the phrase was to “lie in your teeth” referring both to the liar’s teeth, and the teeth of the person being lied to. The meaning was similar to today’s phrase of “lying in your face.”

In the case of WhyRU episode 6, its lying through your kiss as Zee’s Tutor kept on repeating himself that all the concern and shower of affection for Saint’s Tutor are nothing but “tease”.

The developing relationship is complicated by Hwawah who appears paranoid and depressed by Fighter’s lack of attention. But the girl is more “promiscuous” than she appeared to be. The parents’ agreement for a Fighter-Hwawah union is crumbling by way of Fighter’s apparent obsession for Tutor. However, he is prevented from expressing himself out in the open – by pride and by a seemingly naughty notion that everything is play. Has he loved someone before? Maybe not. Not in the way he sees Tutor.

The kiss that could have been the ultimate test, but…

The interaction between the two characters is like a duel where the more vulnerable will be the one to admit – dammit yes, I like you! Thus, Fighter keeps on making the sort of cliffhangers where pleasure meets denial. Their kisses say it all.

Dir. Thanamin is well aware of how it looks like but he challenges the norm. WhyRU will not go down in BL history as a copycat but rather a commentary of past BL narratives – and he has taken serious themes with a lightweight flavor. It’s like saying to his audience – do not take everything seriously.

And taking it lightly we will.

Tommy and Jimmy take their developing relationship to a higher level.

Zon-Saifah refuses to be on the sidelines. That is quite obvious. While Tommy Sittichok and Jimmy Karn are aware that Saint is the star of the show, their competitive acting gives their scenes relevance and the attention it deserves.

I find the timing between WhyRU and another interesting and engaging series, 2Gether the Series, to be quite comparative. I recommend that you both watch it, for pleasure alone.

Right now, WhyRU has reached a certain dramatic plateau. There is no turning back.