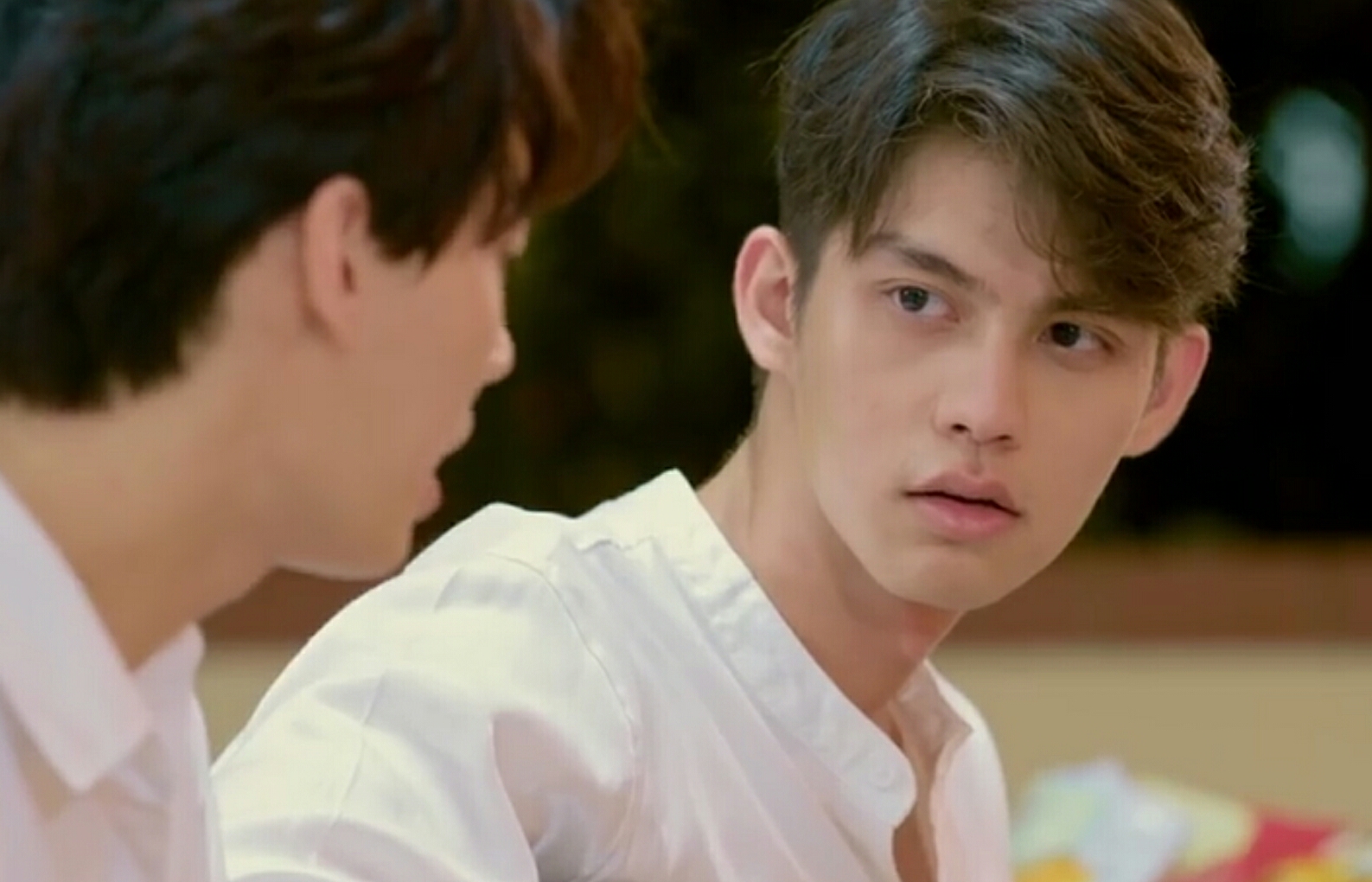 The first 3-4 episodes of a series usually establish the norm – the kind of style, focus and flow it will take. There will be surprises and out of this world scenarios but overall most drama follow a proven formula.

In the case of 2Gether the series, it remains en route to a typical GMMtv production that is characterized by the focus on the main couple while slowly introducing the side/supporting couples a bit later.

There are a few Thai jokes that I can’t follow – like the cellphone repairman. However, the girls launching a wives club just tickles me. How they ask Tine if he’s interested in Sarawat may be so cliché, yet here it was delivered with the right punch. As they say, you don’t have to reinvent the wheel to enjoy a series; have fun and get something out of it.

Where are we so far?

What works for me is the obvious interaction between Bright and Win. Various clips released as promotion for the series reveal much of their chemistry as actors.

Bright is more of a veteran with a few noted projects under GMMtv. His onscreen presence dominates the first 2 episodes.

Beside some usual, boring scenes, Green – characterized as the stereotypical screaming gay queen – works tremendously via Gun’s competent acting. While he screams with a certain purpose verging on the scandalous, he maintains an aura of likeness.

I dunno if that makes sense to you, but his portrayal is obviously not to insult the typical screaming/scandalous gay guy. It is meant as a joke and that it should not be taken seriously. His character somehow serves as the glue that binds the whole drama together.

Tine’s pals serve as comic relief for the most part, yet the overall look and feel so far is that of light romance.

I am already excited to get acquainted with the two other couples, yet Bright’s majestic (and sexually charged) presence is good enough for me.