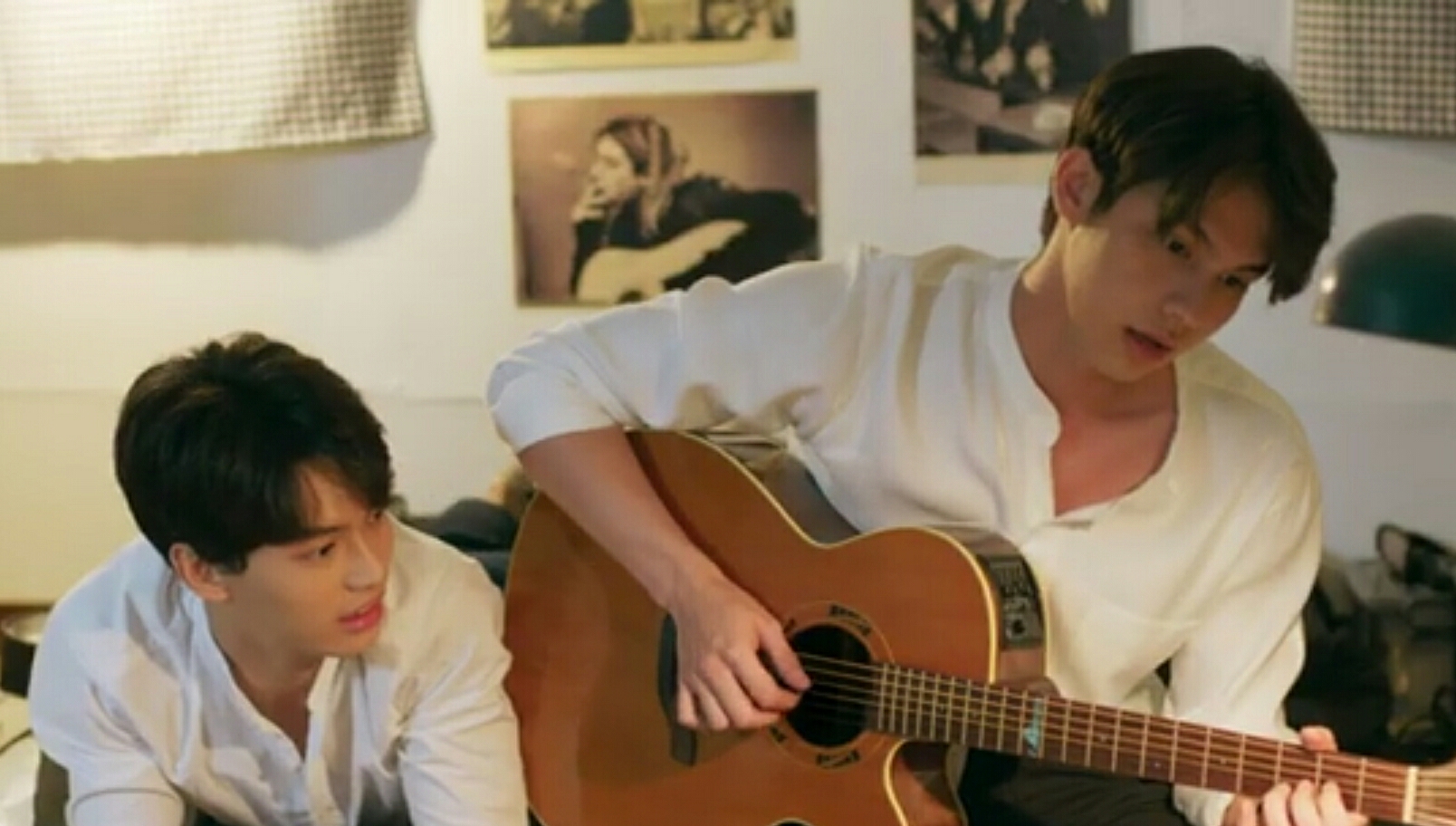 Someone said, spoilers are necessary to push the drama narrative. In the beginning, I would disagree but things have change in how we review, analyze and discuss series, especially BL (and gay for that matter).

In Episode 3 of 2Gether, the Series, I am more equipped and qualified to review and react because I know some “history” by way of the character interactions.

Let’s have a recap first, shall we?

Tine (Win Metawin) approaches Sarawat (Bright Vachirawit) and ask him to be his pretend boyfriend. There were a bit of animosity in the beginning, yet Sarawat agrees amidst the noise of his fans. He’s quite famous at school and Tine even pushes the envelop by joining his “Wives Club” to get to know him.

Being members of the Music club, there is much interaction between the two protagonist.

This series requires multiple viewing due to the immense entertainment value of the cast – especially Bright Vachirawit’s antics. It also has plenty of details that you can only appreciate if you watch it twice (or more). While it never pushes the viewers, it somehow compels them to be more attentive than usual.

What makes this Series much-talked about?

Sarawat’s room reveals plenty of.insights into his character, and inviting Tine is an admission in itself.

On a personal note, Sarawat’s room looks so normal like my own when I was in Uni trying to “find myself”. No guitar though, but I idolize Kurt Cobain, who appears in the pinned photos. This opportunity to get closer is a gem of a scene for me.

Tweets by BL_Elder corrected my impressions.

Last episode sets the tone alteady and the look and feel was retained in this episode.

What’s wrong with a kiss, when you were asking me to be your boyfriend?

That alone, moves the whole narrative forward. What keeps people glued is how clueless and dense Tine has been all the time.

The last scene where Sarawat declares in public that he’s hitting on Tine is the gold standard.

Bright Vachirawit acting is so precise and so on point.

Credit goes to Bright for such an effective acting that you can feel him to a great degree. Oh, the empathy!

After 3 episodes, this series is more like a train ride that slowly gained momentum and is now running at full speed.

Episode 4 promises to be another great episode!