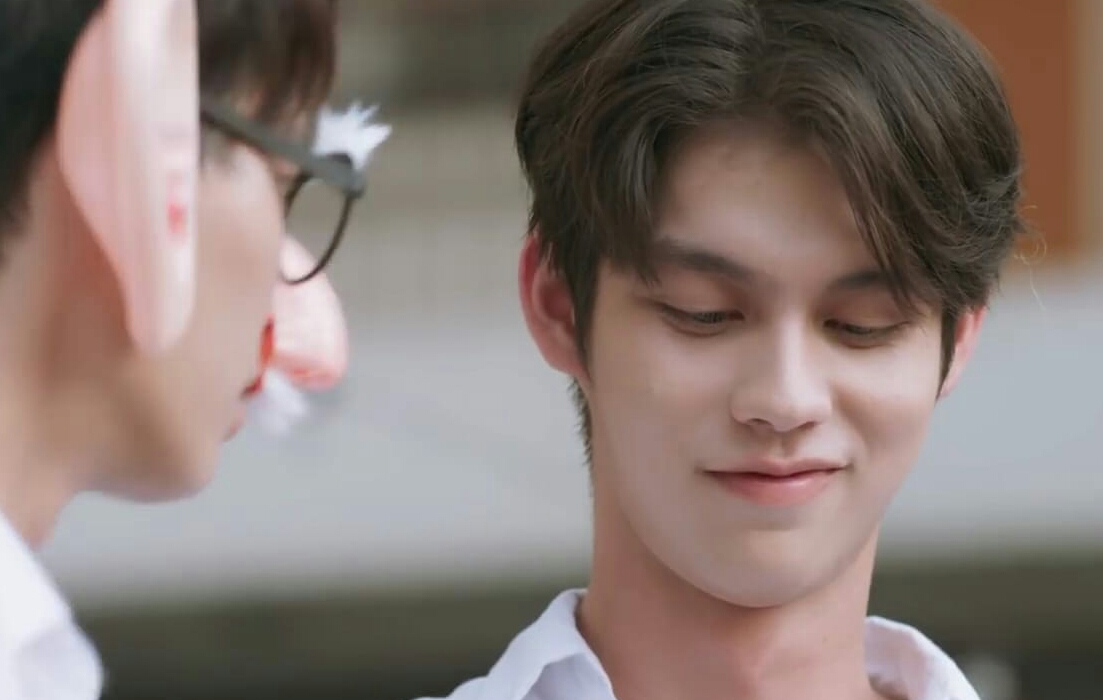 Let me get straight to the point. Tine being dense and clueless ruins everything for Sarawat as he moves towards a more romantic atmosphere.

By this time, everyone knows that Sarawat has the hots for Tine and it goes beyond mere sexual attraction. There are plenty of evidence by way of interaction between them to say so.

Episode 4 of 2Gether, the Series is a level above the previous episodes in that the editing is more precise, the musical background is not redundant – they even used new music compared to previous tracks which reminds viewers of recent GMMtv shows, and the acting has been elevated as well.

The hilarious photo booth scene between Sarawat and Tine.

The situation is now in reverse. It is no longer Tine who ‘seems’ to pursue Sarawat, but it’s the other way around. Yet, Tine’s nonchalant way of feigning ignorance is a bit overstretched. It is no longer funny.

The teaser clip below and the last few seconds before this episode ends hinted so much as Sarawat pushing the envelop for further intimacy. I think Tine – who is still in his right mind – can NOT remain ignorant of Sarawat’s advances anymore.

Frank and Drake get another chance to play a BL couple.

The appearance of Frank and Drake and their apparent attraction towards each other offers plenty of ‘delicious’ for future episodes. Now, this is where Drake and Frank – previously a couple in My Tee – can shine and regain lost grounds. We know there is chemistry, it’s only a matter of giving them the right material.

Here’s the teaser clip for next episode: