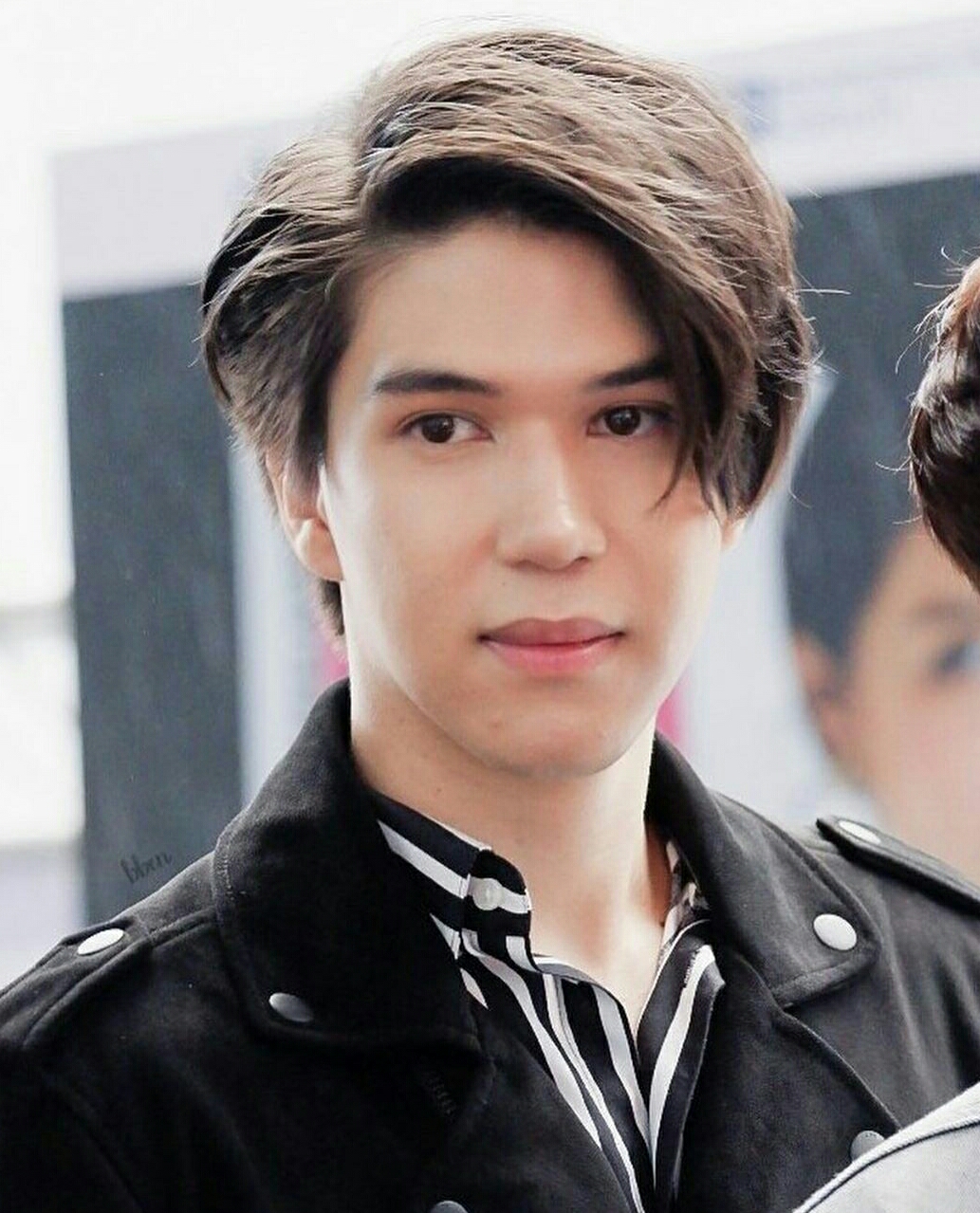 Benjamin Brasier (เบญจมินทร์เบรเซียร์) is a half Thai, half British actor. He was born on January 27th, 1997. He became a household name in the BL universe with a poignant portrayal of Phana, the lead character in 2Moons Season 2 (2Moons2), after being chosen for the role by the series new Dir. P’Am Anusorn.

While news of 2Moons Season 3 has been announced already, Mr. Brasier and the other cast of 2Moons2 were involved with Mello’s travelogue series. BL fans expect the next season to air late 2020 or maybe even next year. Suffice to say, the anticipation keeps on building.

Who is Ben, the actor?

When the decision to shoot a second season of the widely popular 2moons was announced, it was met with protests and accusations. The fans did not want another cast. But Motive Village stuck to their decision and new actors went for auditions.Benjamin took part in the process and was selected for the lead role of Phana. For those who are curious, he is currently studying in Rangsit University and was the University Moon himself. How much this factor helped him win the role, we can’t say. But he obviously had a first-hand experience about the role drawn for him.

After Ben was cast in the role of Phana, he stepped into the shoes of his predecessor God Itthipat Thanit. That actor made quite an impression with his portrayal of the “Phana” character in 2Moons Season 1. It would have been a difficult task to emulate Mr. Thanit, but Benjamin surprised everyone by playing the character in his own, nuanced way. His entry scene as Phana was well done. It was not over the top, and no extra swag and all. It was simple – yet still made quite an impact in the scene. The focus in the series remained on him and that was refreshing.

I’m sure the cast underwent a lot of workshops before they started shooting but there are certain scenes where you can clearly feel his charm. Like here, the way Phana says “Sorry”, Benjamin made you feel the love Phana has for Wayo.

This particular video of Phana and Wayo was reputedly the best. The kind of chemistry that Benjamin manages to bring forth with his partner Earth is commendable. It seems natural and not forced. That’s the most important thing when you are portraying a BL character. You should be able to act without constricting yourself in the gender stereotype. Benjamin is quite comfortable in his skin and has no qualms portraying a gay character.

The Phana-Wayo love story was handled sensibly and Benjamin played Phana with conviction. The scenes where Phana waits for Wayo’s consent before their first time together, Benjamin literally bought the character Phana’s conviction to life. Despite not having a footprint for reference on the above mentioned scenes, Benjamin’s scored highly with fans.

From being a protective and possessive boyfriend to being the emotional support that a sensitive Wayo wants, Phana’s character had a wide range of emotions and expressions. Benjamin carried the weight of those emotions quite well on his shoulders.

Ben and Earth: The Onscreen Chemistry

The most talked about part of the #BenEarth ship (or pairing) is the chemistry that comes off naturally between Benjamin and his co-star Earth Teerapat Ruangritkul. Whether on or off-screen, they display a great deal of comfort that shows on-screen as well. Playing a BL couple in a major drama series is not easy because of the BL fan expectations.

However, Benjamin and Earth both exceed those expectations. Benjamin is a great co-star to work with which Earth confirmed himself. He is considerate of Earth’s mood swings, patient and even helps Earth with his English skills. It’s these qualities that endear him to the fans.

Benjamin’s new show “Travel with Us” premiered on February 5th, 2020. #BenEarth, the pair, traveled to Kanchanaburi.

#TravelwithBenEarth was a really sweet episode, with a lot of cuteness from both of the two hosts. The way they interacted with each other throughout the episode was lively and genuine. Benjamin brought a great deal of entertainment and flirtatious energy to the episode. The scene where he read his future:

Your meritorious deeds from the previous life will enhance you a happy joyful life. You’ll be equipped with luxurious resident, honour, attendants and treasures forever like a lion king protected by bodyguards around him. You’ll live a peaceful life forever.

It was one of the highlights of the episode. The pairing of Benjamin and Earth throughout the episode brought a natural exuberance which the audience loved, along with the natural chemistry and affection they shared for each other. It is because of this that the episode did well with viewership, with the viewers already demanding a second season.

Benjamin as a Private Person.

Benjamin is a very jovial and friendly person. He is by far, the most publicly interactive Moon. He regularly conducts Q&A sessions on his Twitter account and tries to interact with his fans. Even on his Instagram persona, he easily switches between Thai and English to connect with the International audience as well as Thai. He is considerate that way, and it’s in his nature. He is very close to his family and always communicates with the fans about them. He is the ideal son and brother, and very protective of his sister. He mostly gets his style quotient from his equally jovial Mother, Patchaya Brasier who is a Fashionista.

Overall, Benjamin Brasier is an gregarious and engaging human being. Despite being a newcomer, he doesn’t show any fear or trepidation in front of the camera. He is a natural and brilliant at it. He’s an amicable co-star, a true friend and much more.