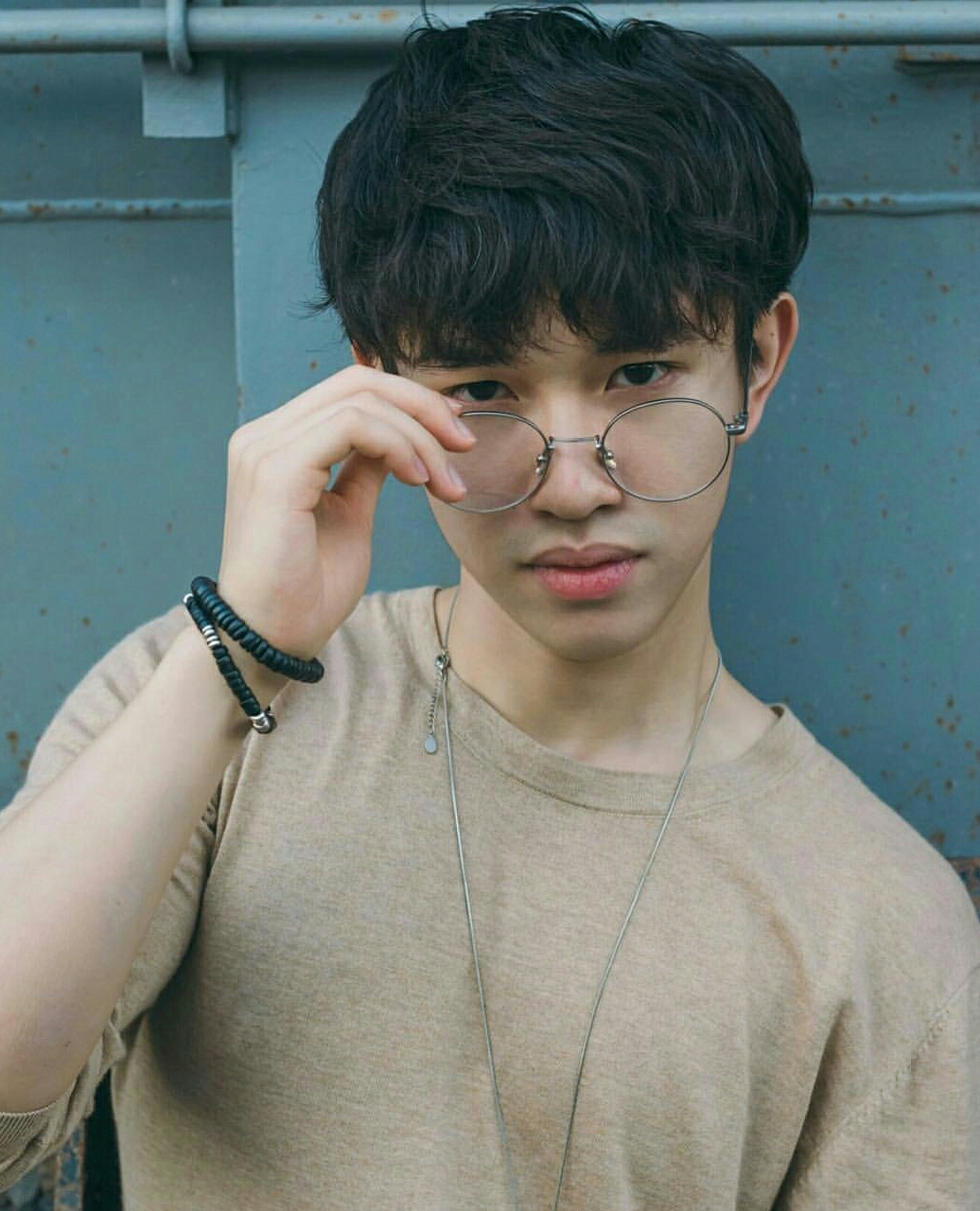 I appreciate the fact that Kokliang – aside from being an awesome actor – is gracious enough to answer my inquiries. I know that I picked the perfect timing – when he’s online, knowing that he appreciates his fans by retweeting their thoughts, raves and opinions.

With my request for an interview, he said yes!

It took about a few days before we finalized the interview arrangement. I thought it may not materialize but then, there is a huge milestone for him.

He just passed his University medicine exam proper and will continue to pursue his degree – he’s on his 6th year studying medicine. The news came when I ask him for an interview.

My original impression of him is spot on – he has that level of empathy and personal engagement you usually can’t expect from a rising star. In other words, while other actors play hard to get, Kokliang is gracious like no other.

So, lets get on with it!

Kokliang Parinya Angsanan made waves in The Best Twins with his co stars in TharnType, Mild and Hiter. He was paired with US Nithitorn and they grabbed the spotlight as a new couple. His first appearance on TV was on the show Part Time, the Series (starring Ngern) in 2016.

Portraying Tar in TharnType puts him front and center as a rising star and one of Thailand’s promising young actors. His performance was impressive in the role as a bullied young man who suffered psychological and emotional scars.

In this interview, we asked him about acting, dream roles and about becoming a doctor.

What made me become an actor ? Destiny ..? It could be. I don’t know how to clearly answer this question. There are many things that made me walk the path of acting, whether it’s just thru my family, society or simply fate.

Many of his fans knew that he is taking up medicine and for me, it’s just out of curiosity – how can he manage to study medicine and act at the same time?

First of all, I started out as an MC and youth announcer. Until one day I was trying to cast in a drama and that led me to appreciate the fact that actors can inspire and lead people to do something good about themselves and others. As a medical student, combined with becoming an actor, I believe that I have more opportunities to help people in need.

That definitely answers my question!

The connection between becoming a doctor and acting in TV drama became quite clear when I asked him about dream roles. He was quite philosophical about it, and explained that there is stigma with people who have mental health issues.

Actually, normal people can meet a psychiatrist. It’s not fair that they are judged so easily. Sometimes there are people who look down on others and judge them to be psychotic (or crazy) when they consult with psychiatrist or psychologist. I hope that there comes a time when I can play a role to correct the impressions.

Kokliang is now a proper Medical student, so it adds another level of authenticity to his response. I know my interviews can come out too serious – even for the actor’s sake, but Kokliang – apparently has a sense of humor.

He is physically fit as most Thai actors are, but unlike many he exudes a certain level of confidence that is never over-the-top.

That’s his reply when asked about his spare time. Which explains – quite indirectly – how he copes with the rigors of a Medical degree and working at the same time. When asked about places he likes to visit, he begs off by saying he’d rather sleep!

Are you a coffee guy or what drink do you enjoy most? Whats your favorite food?

Of course, coffee please, I almost inject an “Americano” in my venous system every morning, haha .. . My favorite food is mango sticky rice 🤤

P’Tee = What a wonderful director, haha. I was impressed with his attention to every small details. For example, the MV scene in episode 10 that four of us (Tharn, Type, Tum, and Tar) were crying in the room. Watch it carefully, you will see the silhouette of a cage which symbolizes the pressure and tragedy that we suffered.

Apparently, the praise for Dir. Tee Sintaparadee is universal among cast and viewers. But Kokliang himself is universally praised for his performance as well!

A trailblazer in his very first BL directorial attempt. Dir. Tee Sintanaparadee – ตี๋ตี้ติ๊ด – produced TharnTypeSeries episodes with the power to shock and behold. Armed with MAME12938 characters, he transformed them into live action spectacle that many people can’t get enough of.

Who are you close among the cast of TharnType?

Definitely, Hiter is a person who I spent the most time since we are together in almost every scenes. But outside of work, I talk with P’Tong+ (P’Thorn) a lot. Maybe because we share the same lifestyle and we are interested in many things.

Psycho-milk did an interview with Hiter too! On the upcoming second season, Kokliang said:

For the second season, I hope to see the continuous growth of Tar and that he becomes a stronger person. I think it’s time for the tears on his cheeks to disappear. Let him have a full smile for once! So … Please tell p’MAME to write lots about Tar ….

While not privy to the inner workings of the upcoming series, suffice to say that Tar as a character, deserves further exploration.

How Tar and his support for Type in exposing Lhong (the talented Kaownah Kittipat) remains one of the most intricate and complicated scenarios explored in the first season. Tar – as a character in itself – is a psychological study of how to endure. No wonder, Kokliang manages to incorporate what he learned in medical school in his portrayal of a disturbed, yet hopeful character.

I’m just an ordinary person who wants to help other people and think that life is precious.

Who can argue with that? Which brings me back to Kokliang’s mindset. How he is as a person connects the dots of who he is as an actor and a dreamer. That sort of exuberance and positivity!

When you all said that I can fill up your happiness, I sincerely would like to say that all the positive energy that I have, I received it from all of you. You guys are very important to me. You fullfill my life. Please stay together for a long time na kub 😁😊 nice to know all of you. Thank you for all the messages that you sent to encourage me. I have to say sorry if I cannot reply to all of your massages, honestly, I do read all of it.

Psycho-milk wishes to thank Kokliang for this interview. We appreciate the help and support of his management in securing this interview too!

Follow Kokliang about his next projects and others news in: