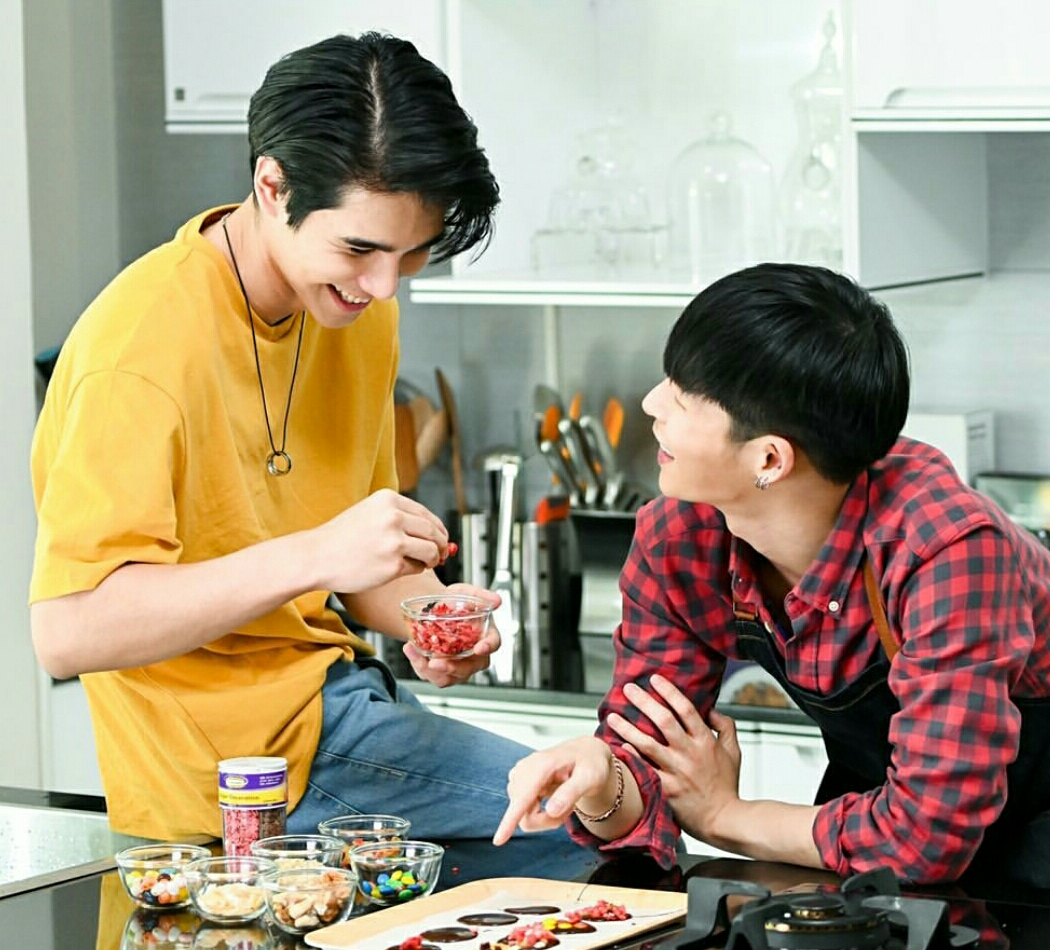 Its refreshing that a Thai Food company employs two good-looking actors to portray a musician and a culinary professional in a romantic BL-themed foodie drama.

Jeff Satur and Gameplay Garnphapon were cast in a previous miniseries called He She It and demonstrate a promising chemistry on screen. I would not be surprised if the current producer saw that and instantly cast them in this series! However, onscreen chemistry is not their only advantage and selling point.

Jeff Satur is a genuine musical artist handled by GMM Grammy Grandmusik. While singing in events nationwide, Satur exhibits real acting talent and he plays Marwin in this miniseries.

Gameplay Garnphapon who resembles Turbo a bit (also his costar in Heart by Heart), is a culinary student aiming to become a chef. He plays Top in this miniseries who lives with Marwin, a musician.

Both actors are 26 years old, hence you can feel a particular maturity in their acting. Unlike teens who were forced to play BL characters, both Gameplay and Jeff have the gravitas that make their portrayals realistic and entertaining.

Here’s Episode 0, a sort of introduction about the show and the characters.

This episode alone is worth it. It has polish and the way the characters are presented is entertaining as it is revealing. Episode 1 airs on April 4th, 2020.