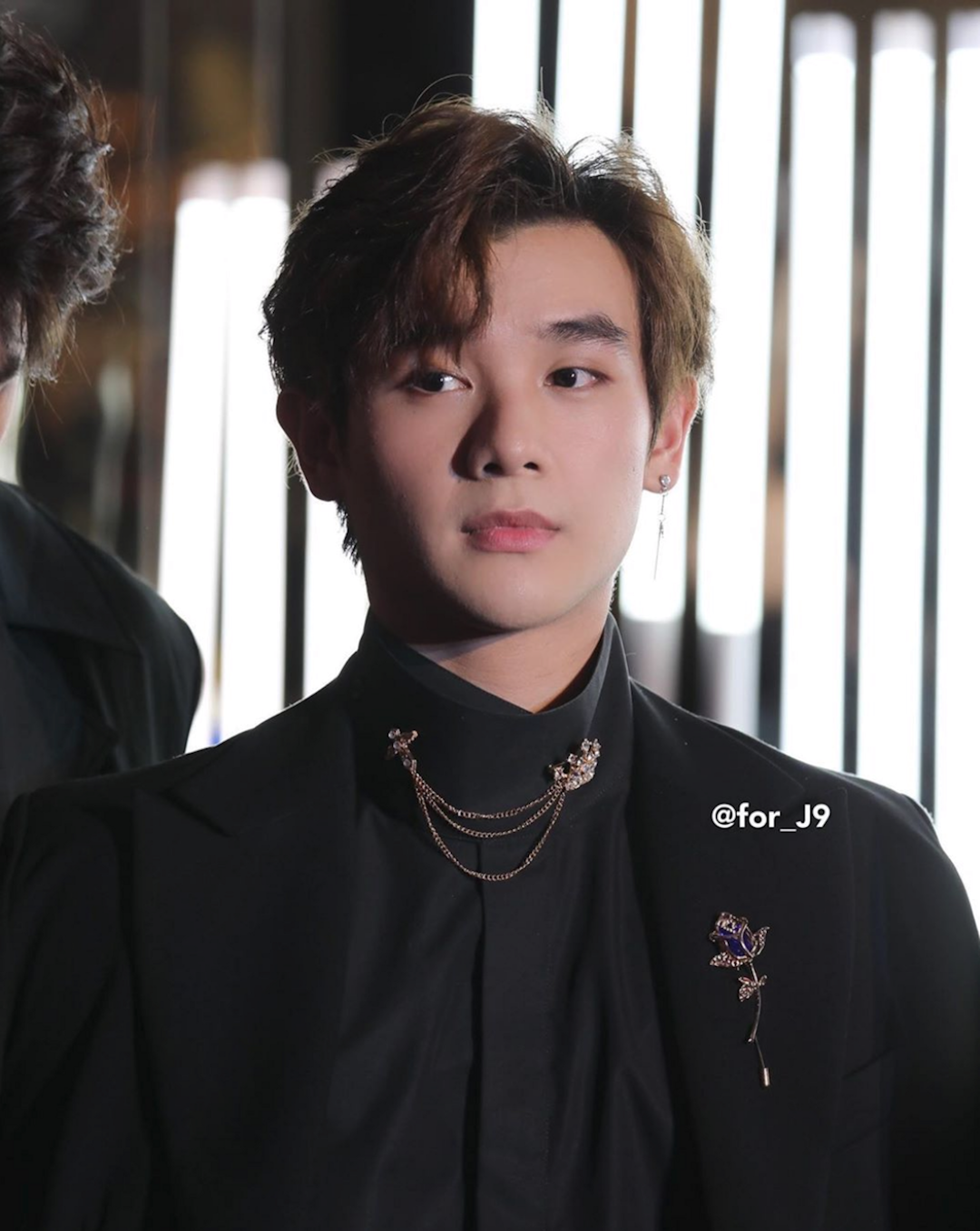 Nine Kornchid Boonsathitpakdee (กรชิตบุญสถิต์ภักดี) was born on July 11, 1999, and is a Thai actor who gained popularity portraying the character Kit in the drama series 2Moons2.

Nine As An Actor

Nine auditioned for the second season of 2moons amidst criticism from the fans of the popular drama. When he was chosen for the role of Kit by by series Dir. P’Am Anusorn, he took over the role from its originator, Copter Panuwat Kerdthongtavee, a popular member of the boy band SBFive.

It is never an easy job following the footsteps of another popular actor. More so when there is an ongoing comparison and possible criticism involved. However, Nine proved the critics wrong when he played Kit with a style that was all his own. The character is an introvert, close to his academic gang, studious and entirely tsundere (a Japanese term for a role that depicts a person who is initially cold and sometimes even hostile before gradually showing a warmer, friendlier side over time). The fact that the actor’s inherent nature matches up well with the character Kit served to affirm he was the right actor for the job.

Kit is very protective of his friends Phana and Beam. So much so that he won’t hesitate to knock some sense into his friend Phana’s head (who at times can be oblivious to circumstances in his life), criticize any of them when they are wrong, and even provide tender care for them if needed.

Kit’s story follows the tenuous romance with the character Ming, played here by newcomer Joong Archen Aydin. Kit doesn’t grant trust to others quickly, and the story arc describes the Ming’s continuous efforts to make Kit fall for him. Several web critics agree that Nine distinguished himself by playing the character Kit with a unique wit and panache. The initial apprehension and distrust that Nine imbued in his character Kit pleased audiences and made them care for this second lead couple. They ardently wished for Kit to accept Ming (in BL terms, to “accept” someone is to agree to some sort of relationship).

Audiences couldn’t wait for the first kiss between Ming and Kit as the chemistry the two of them share is palpable. The fact that it was Joong’s real-life, first-time kiss ever as well, made the event of even more importance, and added more excitement for the viewing audience.

Ming’s continuous efforts to win Kit’s trust was much appreciated,  with the audience fervently wanting the two of them to become a de facto couple. When the two characters officially became a couple, the scene ended up one of the most-watched videos in the 2Moons2 series. The entertainment value of this coupling is undoubtedly because of the way the two actors expressed their character’s feelings in an open, honest, and yet unique style. Kit even kicked Ming out of the bed after Ming sneaked his way to a that first kiss.

Watching the characters Ming and Kit being together finally, and sharing affectionate kisses was one the best parts of the season finale. It has raised the expectations of the fans, who fully expect to see more of the Ming-Kit magic in 2Moons3.

His Chemistry With Joong

#J9 or #Joongnine as fans popularly dub them, share a fantastic rapport both on and off-screen, and it shows. So much so, it might seem that they are even a real couple.

The two actors Nine and Joong didn’t know each other well when the pre-shooting workshops were held, and it’s been said that Nine was true to his character and kept his distance from Joong. However, Motive Village CEO Toei himself noted that it was Joong’s continuous efforts that finally melted the ice between the two of them.

It is this incredible rapport they share that makes them a “brand”, as is evident from the URAI events (a premium cosmetics product line branded under the “U-RA-I” name by CP Consumer Product Co., Ltd.), where they are routine guests. They draw in massive crowds with their cute and sweet bickering as well as closeness that the audience seem to believe and enjoy.

The episode featuring Nine and Joong, #J9, was the third in the Travel With Us series (basically a 30 minute show marketing vacations, getaways). Their episode premiered on February 19, 2020 to high expectations from fans around the world and the pair #Joongnine thrilled these fans to no end. Their trip? They traveled to Chiang Mai.

The episode showcased the pair’s closeness and viewers were charmed by their ongoing antics, just as in 2Moons2. Nine loves to tease and bicker with Joong – a lot. Their adorable banter back and forth is enjoyed by not only their immediate fans but also the #TheSixMoons fans world wide as well.

In one segment, Nine was really into describing the different kinds of foods they had in such vivid details, he could have been mistaken for a foodie or food connoisseur. The audience was treated to more of the pair’s sweet moments together and the natural exuberance they emanate, thus making this episode quite popular.

They enjoyed rafting and #J9 focused on advertising the sports and adventure gear and activities that Chiang Mai has to offer. What made the episode special was #J9 themselves getting involved with the water sports and having a good time as well. It can never be said that they aren’t good at selling ANYTHING.

Nine As A Person

Nine is currently pursuing his BBA from Assumption University, a private university in Bangkok, Thailand. He is highly dedicated not just to his studies but also his jobs as an actor. His official fandom #nineshappiness has dubbed him as “Beautiful”, and with his delicate features, that’s appropriate.

He is very close to his family and often expresses his desire to take care of them. His camaraderie with his sister Mila is very well known. The siblings are adorable together, as evidenced by his recent trip to South Korea with Mila.

Nine is also very sensitive person and loves interacting with his fans. He almost broke into tears seeing one of his fans getting injured at a #SixMoons event and promptly rushed to help. It is this nurturing trait that makes him a fan favorite coupled with his charming nature. I’m looking forward to watching him reprise his role as Kit in 2Moons3.