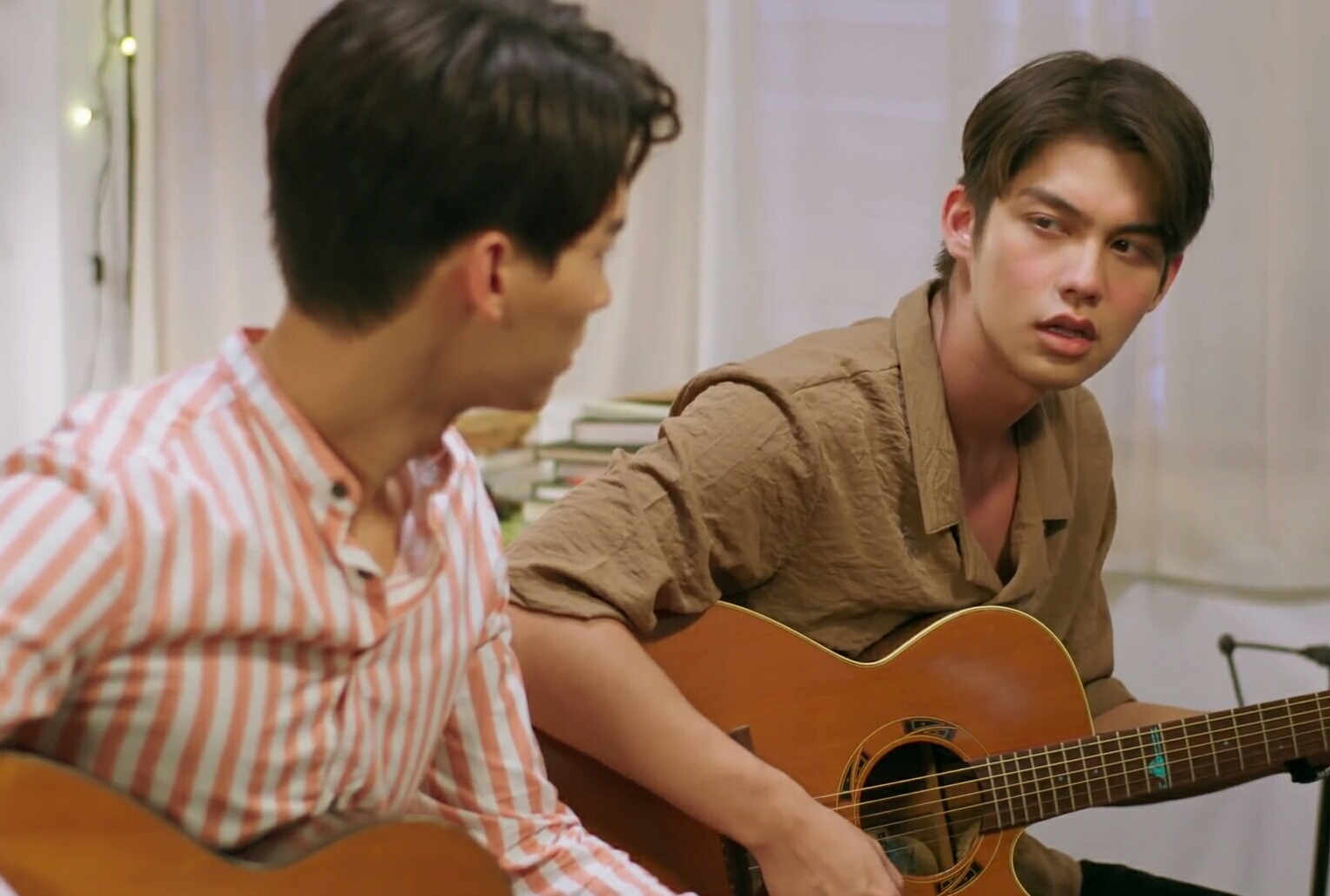 I enjoy this series – in a major way – because Bright and Win have so much onscreen chemistry. If you want a ‘symbolic’ comparison, then there is no better example than honey and lemon.

From the premier episode until Episode 5, their characters have grown convincingly. Originally, it was Tine who was desperate to secure Sarawat’s “friendship”, but it soon reverses. Sarawat now appears in total pursuit.

Many viewers at this point have been impatient about the way Tine reacts to Sarawat’s advances feigning innocence or just being outright clueless. But when you closely examine his reactions, his defense mechanism appears to show him in denial. Which means, he has a dilemma – of whether to reciprocate or reject Sarawat. Does it mean he likes him too? I would say he does.

The beauty of their dynamics is that there is progress building slowly in their relationship, and how they react to each other gives viewers that romantic feel. Thus, the hypnotic power of their interaction fuels fans’ curiosity.

Episode 5 is a turning point in many ways:

Certain fans/observers noted that it’s a matter of camera angle and Bright’s hands prevented viewers to witness what was supposed to be their first real kiss. It was also GMMtv position and a behind-the-scene clip was released by the network to explain it further. I don’t think it matters. What I saw was not satisfying enough for me to totally rave about the episode. While I appreciate the details and explanation, I know what I saw and didn’t see.

It’s the director’s job to make the scene convincing. That’s why there are retakes in order to get the best shot. An editor is only as effective as to what the director says. That includes the actors. He’s in total control, so watching him say “we need this perfect” in the clip appears self-serving.

Is the series worth it? You bet. Its only Episode 5 and the way Sarawat-Tine relationship progresses is definitely worth the wait.

Teaser clip to Episode 6 is shown below: