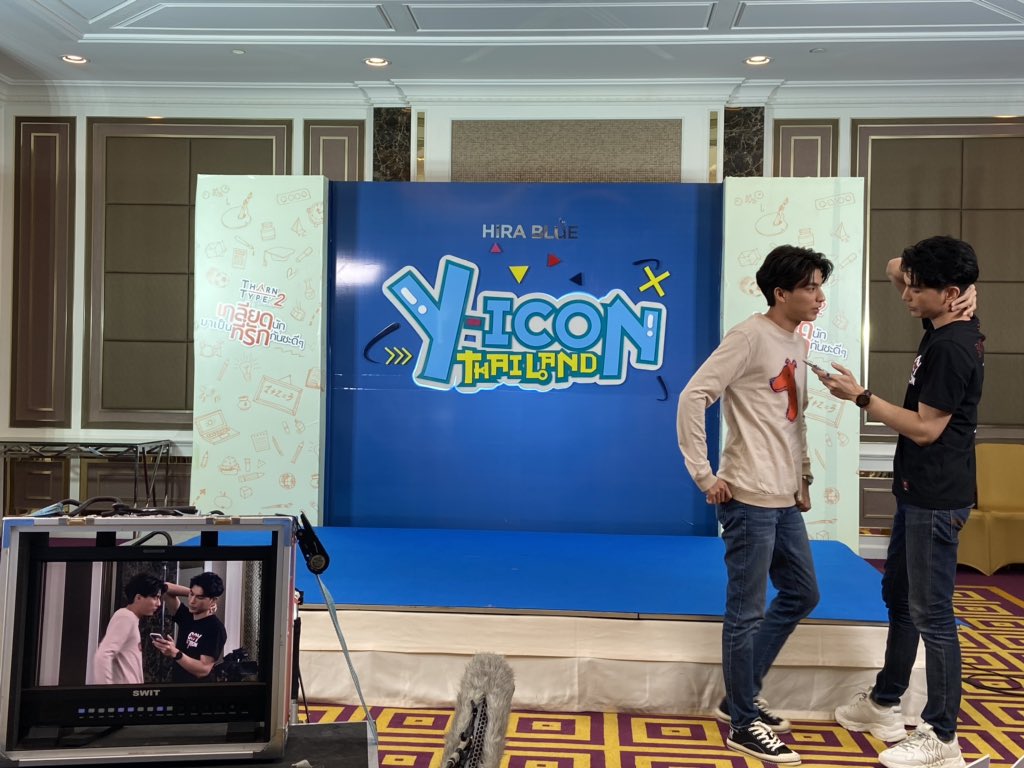 The much talked about BL series of 2019 with spillover thrill and buzz in 2020 will have a Season 2 and the TharnType production team cast some pretty interesting actors to play equally intriguing characters. The official series title is TharnType 2: 7 Years of Love.

The story takes place 7 years after the intense incident between Tharn, Type, Lhong, Tar, and their core group of friends. The discovery of hidden pains and the crime and punishment that befalls them. Some issues remain unresolved, yet Tharn and Type endure. As working adults, they now live in a different environment where challenges require more maturity, more wisdom, and more patience. Can the lovers maintain their status quo?

Aside from Mew Suppasit, Gulf Kanawut, and the previously supporting cast including Kaownah Kittipat, Kokliang Parinya, Hiter Nattad, Mild Suttinut, there are – at least 8 actors who will play key and minor characters. And here they are!

Reports have it that Dir. Tee Sintaparadee will no longer handle the second season of the popular BL series. Recent events pointed to the casting audition for various character additions, and we saw some incredibly handsome contenders. Hopefully, they also possess the acting chops to handle delicate and intense scenes from the series.

The finalists! Names will be announced later.

It was in January and February 2019 that we started to follow TharnType in its pre-production stage. How time flies and now its season two!

Here are a few standouts. Notwithstanding their success to grab roles, we are already curious and enamored to take a closer look at each of them.

Here’s JR for you! I can’t imagine what would happen if they cast this guy. He looks so in ‘the right place’ and at ‘the right time’ mode for me.

Here is another one. Earth Chitsanupong (above) is a male pageant title holder and fashion model. There is already a spike in the level of sex appeal that emanates from his presence. He has this “earthy” appeal that is natural and spontaneous.

Whether he gets a role or not, I’m definitely keeping an eye on this aspiring actor/model.

And finally… First Chalongrat. His IG already tells a variety of tales. He’s a pastry chef with plenty of amazing sweets on display. He is also an accomplished editorial and brand model with clips to prove his stints.

He’s part of the current UWMA series and dons the notorious and infamous wig. You can see the big difference. JA Phachara is 22 but looks like a 16-year-old. He has demonstrated his acting chops in the few scenes he’s featured. He certainly deserves a major role in an upcoming BL series.

There are some more worth a profiler or two. Please stay tuned!