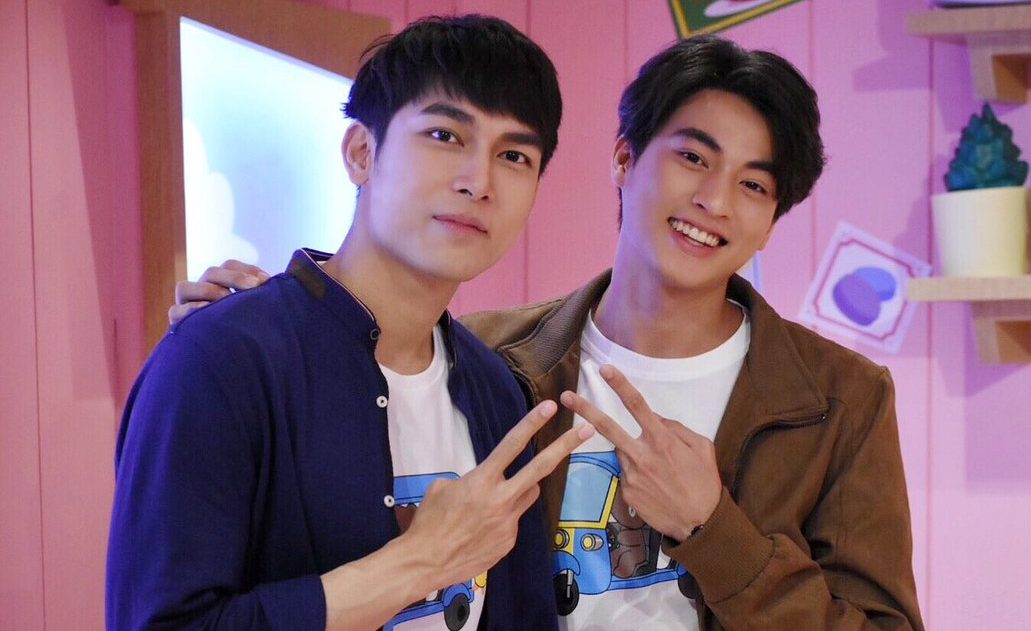 If you are tired of generic BL that populate your YouTube links or even your Twitter feeds, then watch TharnType The Series! Due to popular demand and the decision from the production team, Season 2 is announced!

Here is the clip showcasing the first of 2 special episodes feat. Lhong:

23 & 30 Dec 2019 – TharnType (Lhong) on LINE TV with Engliah subs. It expands on Kaownah’s character Lhong and explains his nature. [ Dir. Tee tweets that there is no more Lhong episode only a music video for 30 Dec. ]

Episode 10-11 offer more than most viewers can handle in terms of intensity. [ See select photos above ]

TharnType is now at Episode 9 and will go down in BL history as one of the most intense and realistic depiction of male to male romances.

After 6 Episodes, how would you rate #TharnTypeTheSeries as a series?

The girl is definitely NOT ugly. This is the result of viewers who can't control their emotions. Anyway, who looks stupid now? Its a show peaople! Don't go looking for the girl and do something bad. 😛😁🤣 https://t.co/YhobAUGVTT

Updated: So TharnType the Series has started already! October is going to be such a busy month for BL lovers!

If doing Episodic review for Dark Blue Kiss is not exciting enough, imagine doing the same for this series.

Here’s a sneak peek of what we can expect from this series.

Mew Suppasit (who plays Tharn) is gay and newcomer Gulf Kanawut plays Type who hates gays due to a previous bad experience. I expect Gulf to do raw, tentative acting but was surprised how intense he looks and is quite credible at that. I’m loving this series more!

This tweet (below) alone made this series my #1 most anticipated after He’s Coming to Me, which already aired last month.

Let’s explore what’s the drama is about:

The tweet comes from a reliable source, so I’ll continue by expanding on what has been said already. The second bout of ‘sexual act’ follows where the recipient (Tharn, to be played by Mew Suppasit) made an about-face and liked it.

Type (new cast reveals Gulf Kanawut as playing the role) appears to be a ‘caring’ individual, thus Type withheld judgment and went for it. Perhaps the previous bad experience is not the norm? Maybe they could even become romantic towards each other?

Just two of the many teasers showing the two leads making everyone feel so insignificant!

Casting the lead actors for Tharn Type the Series (2019). Relatively new actors were cast. Tharn, to be played by Mew Suppasit and Type (new cast reveals Gulf Kanawut as playing the role).

There are mentions of the Seme-Uke Japanese Yaoi relationship. So, expect that this is going to be quite a juicy and sexually explicit series. I dunno just how much censorship the producer will impose on the show. Thai censors are known to be quite strict.

I find that many Asian BL viewers are still conservative on the issue of sex. I look forward to the day when a Thai BL series would be as daring and as bold as their European counterparts.

Full frontal nudity is not to be expected in the next few years, but at least, there should be some ‘improvements’ in the showing of skin.

Reported to be related to another BL series, Love by Chance, TharnType The Series explores yet another romantic relationship between two boys – this time, it’s juicier, raunchier, and perhaps even more intense? Note that the producers are different from those who released Love by Chance. Fans clamor for the Tin-Can saga, but reports indicate the group doesn’t have the rights for those characters nor for the supposedly 2nd season of the said show.

The scene captures from the audition and casting of the leads and supporting actors (?). These photos were taken from the official Facebook page of Tharn Type Series.

Here’s some side story from the audition:

[Translation @MAME12938] At first I wasn't quite sure which role was suitable for Mew between Tharn or Sarn (Tharn's brother), but then I finally made a decision by not to and let them chose each other in the audition room. And Mew was the only guy who made Gulf blush like crazy. https://t.co/vaTfPyQjly

The short clips below are a good indication of the leads and how the camera loves or hates them! I’m inclined to watch Gulf, he’s quite a looker!

Plenty of new faces! I reserve my judgment still on whether there will be amazing chemistry between the two leads. It’s not easy to spot authenticity (but an appeal is!) during the audition – what matters, in the beginning, is how the casting people are biased toward certain actors.

Training them is another story. At the end of the day, how an actor is perceived by the team is already key. After all, their personal choices precede anything.