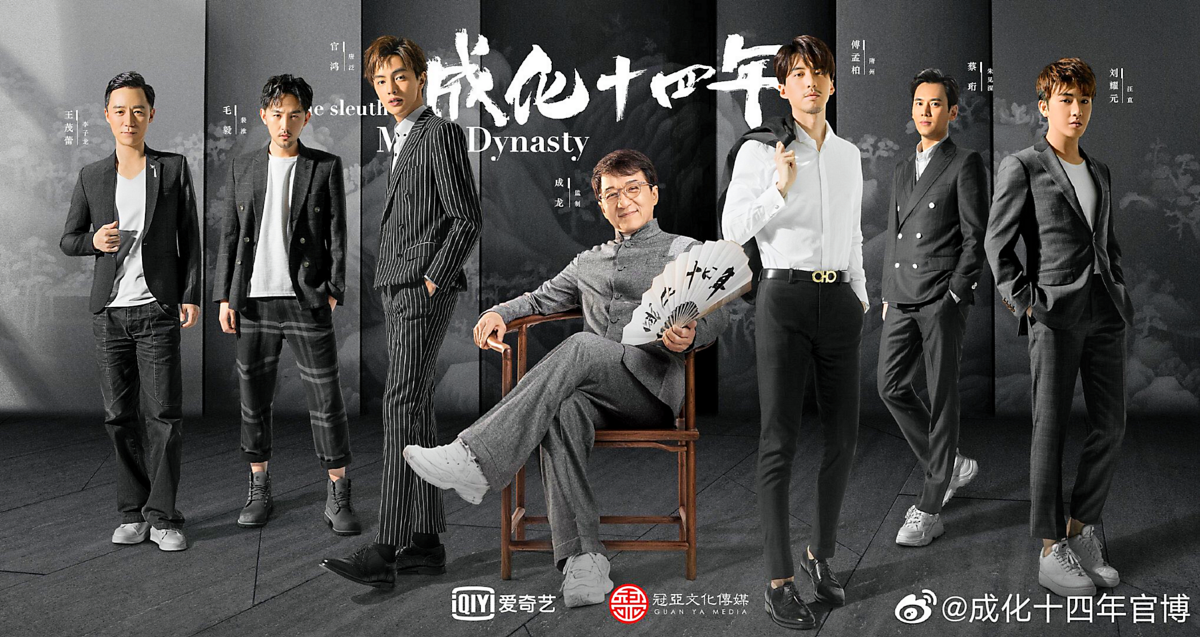 The Sleuth of the Ming Dynasty has been in the news because of its distinct mix of a crime thriller, the period art direction, costumes coupled with the lead pair’s chemistry. A “chemistry,” I might add, that hasn’t been thoroughly glossed over as “Bromance.” Tang Fan and Sui Zhou make a formidable pair. Add in the nefarious yet cunning Commander Wang Zhi, and we have a potboiler of an intriguing set up that keeps the fans hooked on this drama.

Storyline
After Tang Fan successfully dodges Wang Zhi’s attempts to coerce him into the job, Fan half-heartedly agrees to leave for Yunhe on decree from the Emperor. Where Tang Fan goes, the entire motley crew of him Dong, Dora, Wuyun follow along. Sui Zhou, who has been suspended by Commander Wan, decides to join in on Tang Fan’s request.

Things never go as planned, and our gang of friends is accosted in the forest on their way to Yunhe. They are lead to the caves where they get introduced to the rebels and their leader, a scholar named Li Mao. They discover the abysmal conditions in the silver mines and the bad conditions surrounding life in the mines.

Later, we are introduced to Ma Lin, who controls the town as well as the silver mines. He tries to get on Tang Fan’s good side by offering him a luxurious house complete with maids. Tang Fan plays along while closely investigating the situation. Wang Zhi, on the other hand, escapes a conspiracy cooked by Commander Shang of the Eastern Deport and is investigating the silver mines as well.

Tang Fan invariably wins Ma Lin’s trust, who introduces him to the third key player, Li Zilong. Lin also shows him the silver mines and explains the criminally treacherous plan. Tang Fan successfully brings them to justice, but Li Zilong escapes. Even though Ma Lin is offered possible clemency, he is forced by Zilong to commit suicide to save his son.

Wang Zhi, on the other hand, gets friendly with Prime Minister Wan, a distant relative of the Nobel Consort. At first, Wang Zhi trusts him too much and falls for his gaming conversation. Soon after that, Tang Fan discovers that Wan is behind the silver mine conspiracy, and Wang Zhi, in his distinct style, punishes Prime Minister Wan by exposing his scam and confiscating the PM’s ill-gotten gold he had collected over the years.

Tang Fan is called back to the Capital. However, with Li Zilong on his trail and trying hard to kill him, the group decides to disguise both him and Dong as beggars. These two take a different route with Wang Zhi’s bodyguard and reach the Capital safely. On the other hand, Sui Zhou, with a disguised Dora and Wuyun, travel on the same route where they are attacked, and Dora gets injured. Sui Zhou offers Dora help sincerely, bringing their long-running standoff to an end.

In the meanwhile, Tang Fan’s sister Yu and Dr. Pei grow closer. Problems never cease where Tang Fan is concerned. Dora gets poisoned after being hit by an arrow, and despite the Royal Doctors checking in on her, they can’t think of an antidote. During this time, we are introduced to a new character Ding Man, who has been appointed to take care of the Emperor’s daily office chores.

Dr. Pei is at his wits ends and, as usual, goes to extreme measures by preparing an antidote to the poison to test on his own body. However, before he can Tang Fan grabs the cup and drinks the solution himself, and within minutes, his situation grows as dire as Dora’s. Ding Man somehow procures the correct antidote for Dora from Li Zilong. At this point, it appears the two of them are in cahoots. Pei correctly deduces the ingredients involved and is able to reproduce two parts of the distinct medicine.

However, Tang is unaware of this. Reportedly, two brothers have been posing as Sui Zhou and cohort and robbing in the various Ministry officials’ homes. Sui Zhou gets involved with them to catch them red-handed. However, when they commit robbery at the bank, they are busted and chased by Imperial Guards, surreptitiously set up Sui Zhou. In an effort to avoid being captured, the criminals take refuge in the Huanyi Brothel and take Wang Zhi captive. Taking advantage of the situation, both Commander Shang and Wan try to set the brothel on fire. But Tang Fan arrives in time, and the three of them work together to capture or kill the rebels.

As of now, the characters have been established, and it’s no surprise that Tang Fan and Sui Zhou have their romantic interest clearly defined. Wang Zhi, on the other hand, is content being their friend, supporter, and advisor.

We got to see an extremely possessive and protective side of Sui Zhou in these couple of episodes. As Tang Fan arrives in Yunhe, Ma Lin lavishes gifts, and extra niceties of life, to butter Tang Fan up to take advantage. Tang Fan enjoys the attention of the maids assigned to him, which leaves us with a disgruntled Sui Zhou. Tang Fan actually seems quite pleased with seeing Sui Zhou’s jealous manners. He even counters Sui’s questions with, “You are acting like a jealous woman.” The most revealing aspect is that Sui makes no attempt to deny it. I’m so glad that we finally have a Chinese Bromance showing a subtle romance between their main leads.

In Episode 27, a sorrowful Tang Fan explains to Dong about how one day she would grow up and face love, pain, and separation. He discreetly tells her, “cherish every moment with your loved ones, so you don’t have any regrets in the future.” It might seem like he’s talking in general terms, but the underlying theme clearly suggests that he is sad that he won’t be spending his life with Sui Zhou as a couple.

That’s why, despite the dangers involved, Tang Fan enters into the Huanyi Brothel to protect Sui Zhou. Although his condition is getting worse, the only thing that he cares about is Sui Zhou’s safety. This pair kinda reminds me of Lan Wangji  and Wei Wuxian from “The Untamed.” Both set in their ways, yet are utterly in love with each other, ready to make sacrifices at the cost of their own lives. After being administered the antidote, Tang Fan sleeps for a week. Yet, the first person he searches for when he wakes up is his “Guangchuan.” If this isn’t “Love,” then what is it. Actor Fu MengPo seems a bit stiff when it comes to romantic scenes. He always seems to have just one stern expression on his face, which is in sync with his character, against Darren Chen, as Tang Fan, who manages to be cute as well as naughty most of the time.

Both the main leads Darren Chen and Fu Meng Po have recently been in the news for being selected as the Brand Ambassadors for the high-end brand “Loreal.” They are promoting the new “Loreal Youth Code Eye Cream.” This is the first time that a Chinese Bromance couple has been chosen to be a part of a major ad campaign.

Tang Fan, as a character, is portrayed not only to be adorable but also to be intelligent. Darren Chen reportedly drew criticism from some fans who had categorized his acting skills as “Unnatural, with no semblance of being in a costume drama and overtly childish.” There have been reports of the drama’s scriptwriter hurling abuses at Darren’s acting talents as well.
In an interview with Sina Entertainment, Chen attempted to clear the air. He responded in kind, saying, “In my heart, Tang Fan is a character that’s very real, who will convey all of his truest feelings.” Darren Chen stated that he understands that people’s perceptions can be different. There is a considerable difference between a role as perceived by the audience as against the actor. Darren boldly stated that since the drama script is subjective, he accepts both praise and criticism and that he would love to keep the good and change the bad. That’s a really positive attitude there.

We are leaving you here with this week’s updates, as well as this picture of a beautiful Tang Fan disguised as Ms. Cui of the Huanyi Brothel. Keep following this space to learn more about the forthcoming episodes as our Sleuth Magistrate pairs up with Sui Zhou and Wang Zhi to solve more troubling cases.