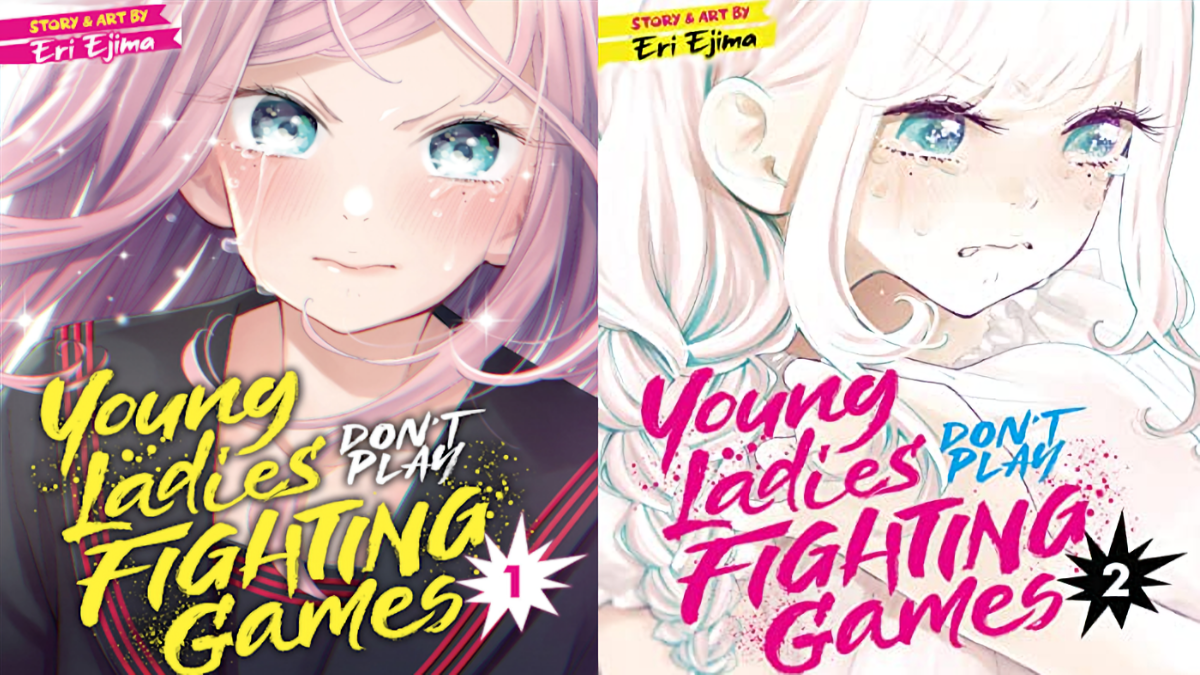 First off, I picked this manga up at Kinokuniya in New York last fall when I was there for AnimeNYC. Yes – I’m an Anime and Manga nerd. So when I got the chance to go to a convention after being on hiatus since the beginning of the pandemic, I jumped at the opportunity. It was great fun as usual, but it allowed me to pick up several BL & GL manga, plus a few more titles that fit nicely with our Asian LGBTQ+ focus.

This review will be the first of those titles. Since the Manga is episodic, most stories are told over many volumes. I may only review the first few in the series then you can decide if it’s worth buying & reading the entirety of the work. Sometimes there are stand-alone volumes or a two-volume story, so when I write these, I will try to let you know if the series is ongoing or complete.

The story synopsis from Amazon:

Volume 1: Kuromi Girl’s Academy is a refined, elegant school that expects the very best deportment from its young ladies. Aya got into this peerless rich girl’s institution on scholarship and hoped to grow as lovely as her fellow student and idol, the so-called “Shirayuri-sama.” But Shirayuri hides a terrible secret: she’s a trash-talking, combo-chaining, newbie-stomping, ruthless hardcore gamer. Could a mutual indulgence in no-holds-barred video game combat grow into a deeper rapport between these two girls?

Aya attends a posh girls’ school in Japan. She is a new student who desperately tries to find her place and fit in. We quickly learn that she’s a scholarship student not from the same socioeconomic background as her classmates. When walking through the hall one day, she bumps into a beautiful petite blonde girl. After Aya drops her handkerchief on the floor, the girl helps Aya but says nothing. After the girl walks away, Aya hears the students calling her Shirayuri-sama, which means “White Lily” in Japanese. It is not a name but a title bestowed upon her by her classmates. She’s the school’s remarkable beauty and a new transfer student herself. Aya is envious of the other girl’s poise, wishing she could become a proper young lady like Shirayuri-sama.

During lunch, the other girls in her class invite Aya to sit with them. As she eats lunch there, she thinks of how lucky she is to be getting cafe-quality food every day. The classmates chat about how this food is similar to the ones prepared by the maid at their houses. As they ask Aya what her favorite food is, she panics about what she should answer. She is worried about appearing too plebeian but also not being genuine. In her panic, she blurts out that she likes instant ramen. 😂 The others have never had it but seem to find her views on food and culture fascinating, telling her that she knows so many things they don’t. This kindness makes Aya feel even more alone as she is the only scholarship student in her class.

When she’s walking around thinking about her lunchtime conversation, she hears a noise coming from an empty classroom. She peeks in to find Shirayuri-sama engaged in a fierce battle online using a gamepad. Aya watches in shock as the prim and proper veneer disappear under the feisty trash-talking gamer. Aya realizes Shirayuri-sama shines with an inner light that makes Aya unable to take her eyes off her.

Shirayuri hears Aya predicting moves quietly under her breath and pulls her into the classroom. Shirayuri swears Aya to secrecy. Their dorm has a strictly no games allowed policy. Aya reassures her then the two part ways.

The next day for the entire day, Shirayuri follows Aya around, and other girls notice her interest in Aya. They wonder about the sudden interest as Shirayuri hasn’t warmed to anyone else.

Aya becomes drawn back into the world of fighting games she had sworn off to spend time with Shirayuri. It is cute to watch these two adorable girls trash talk and use gamer terms. If you are a gamer, this will appeal to you as they feel authentic in terminology, behavior, and habits.

As fluffy as this is, I assume the girls will connect romantically in further episodes. Aya seems drawn to Shirayuri’s inner passion, which makes her shine brightly. Her heart skips beats whenever they are too close, but she brushes those feelings aside as envy. So neither girl has admitted their feelings but seems to be glued at the hip, sneaking off to play together whenever they get the chance.

I found myself giggling over their antics, so for me, it’s quite an enjoyable read. If you like something fun, lighthearted, and fluffy with a bit of sauciness behind it, please pick it up and see what you think. It’s available at most book retailers and online at Amazon as both a paperback version and an ebook.

Overall Rating: 3 out of 5 stars. [See our Review Guide]