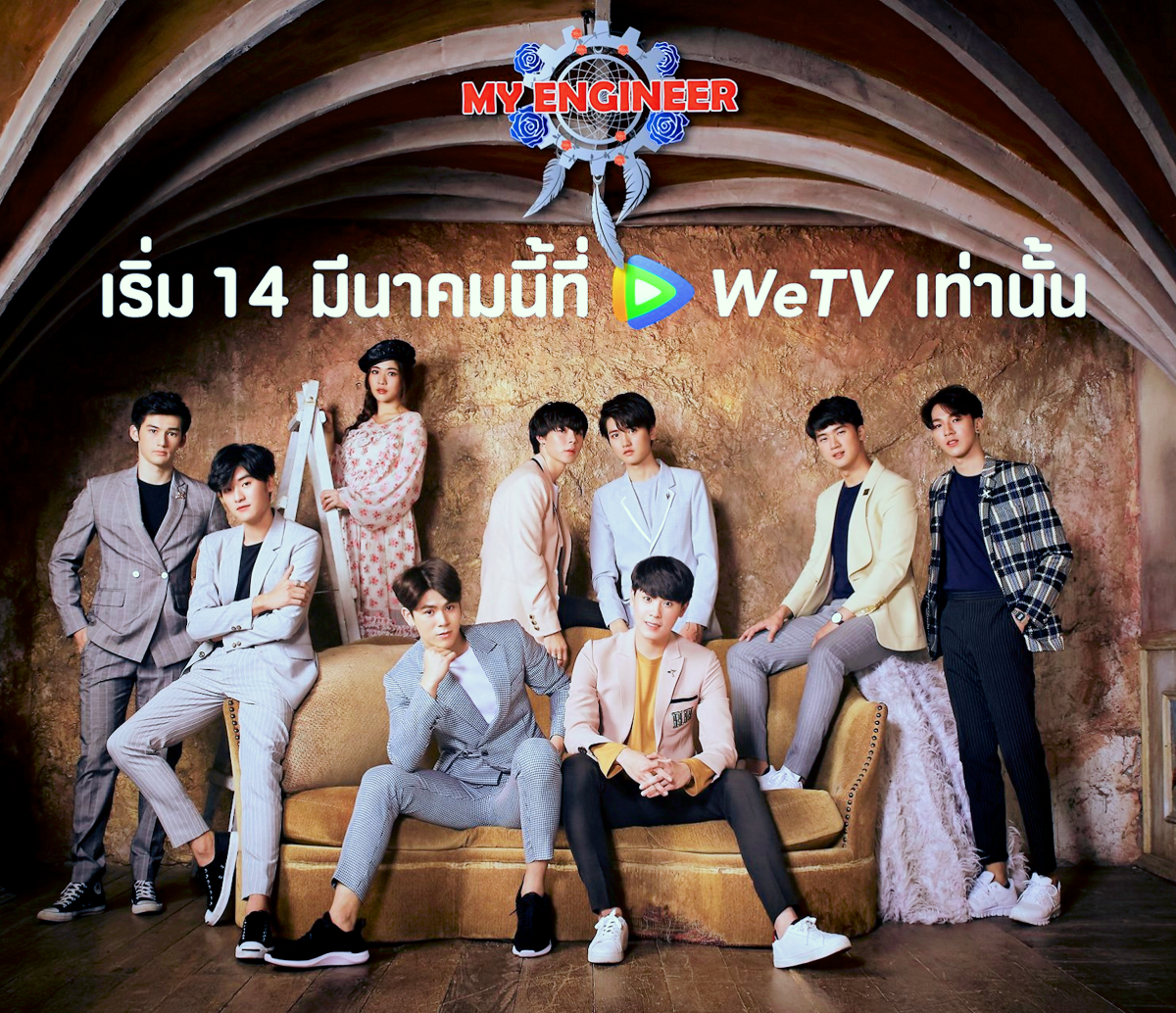 We have our character roles defined and explained meticulously in the first three episodes. It is not going to be a smooth-sailing journey. There will be pitfalls, but you need to have patience, as slowly the storyline progresses and sets up a steady pace. As we get to know the characters more in-depth, you fall for their positives as well as their negatives. None of our characters are heroes; they have flaws and are human. But that’s what makes you love them. I’m going to review the episodes for each couple, so we don’t have glitches. Let’s dive into the review.

Episode 4 starts off with Bohn gazing lovingly at Duen, which makes Duen very uncomfortable. As if that wasn’t enough, Bohn proposes to Duen, which sends Duen first into fits of laughter and then disbelief. Disagreement and arguments ensue as Bohn tries to express his feelings through a gift, which Duen refuses to accept. But age-old self-doubt wins the war, and Duen finally reaches out to a sulky Bohn at the end of the day.

More confusion ensues when Bohn decides to back off for a week so that Duen can concentrate on his assignments. This period is quite hilarious as he keeps hallucinating and imagining Duen everywhere. I had a really good laugh at that. He even goes to the extent of searching a book to help Duen. But we end up with an apparent love triangle between an oblivious Duen, a jealous Bohn, and a competitive Frong.

Frong backs off when Duen clearly favors Bohn. But that still doesn’t reassure Bohn about their relational status. They have a heart to heart conversation about each other’s likes and dislikes.

The next day, as promised, Bohn takes Duen out on a date. I really appreciate the fact that since Duen is a little uncomfortable, he brings along his little sister. However, Bohn doesn’t make a fuss about it and actually enjoys all of them together. Cooper, as Bohn, comes across a seasoned actor portraying Bohn with confidence and sensual touch. Poy, as Duen, on the other hand, looks like an over-indulged puppy at times, but I guess that’s what the character demands. He might seem adorable, but he is no pushover and has a mind and opinion of his own.

I feel so sorry for Mek. The ongoing episodes don’t bring him any kind of satisfaction in his love matters. Tee discovers the collection of Boss’s pictures in Mek’s cupboard and figures everything out.

The insecurity and fear that Mek endures between hiding his love for Boss or expressing it and losing his friendship will make you sympathize with the character. Although there is a lot of controversy surrounding Ryan Peng, the actor playing Mek, I appreciate the fact that he makes Mek as human with all the foibles. His expressions of emotions are spot-on.

Mek gets selected for the role of the main lead in a short film directed by the Film Faculty students. Boss somehow convinces them for a role as well and is assigned to play the corpse. While rehearsing the romantic lines, Mek speaks out from the heart to an oblivious Boss. Their scenes are very painful to watch because Mek looks at Boss like he’s hung the moon, while Boss keeps chasing after girls who have no interest in him.

And that brings us to Fon. She has been roped in to play the main lead opposite Mek, is beautiful, ignores Boss, and takes an obvious liking towards Mek. A recipe for total disaster. Fon, it seems, was Boss’s school friend. After both Boss and Fon have a talk and reminisce about times, it seemed like they could get into a relationship. However, if they are in a relationship, we haven’t seen yet. Also, how that event would affect Mek and Boss’s friendship is questionable. Intouch’s acting is on par with the character that is flirty yet totally oblivious or just plain stupid.

This relationship is a story of slow progression. Yes, indeed, King is the right one for Ram. Tee does a formal introduction where King finally gets to know more about Ram. Ram intrigues King on many levels, so he decides to befriend Ram no matter what it takes. This couple has sweet chemistry that leaves you wanting more.

Since Ram perplexes him so much, King keeps finding excuses to learn more about him. Like here, we have them gazing lovingly into each other eyes where King is supposedly tutoring Ram. Ram, in turn, takes King out for dinner. You have to remember that Ram is an introvert and doesn’t speak much with strangers. Questions asked of him are answered via text even though King is sitting right in front of him. The scene that melted my heart was the one where Ram rushes back to buy a drink for King. King is stunned by the sweet gesture.

The next day again, when King is caught in the rain without an umbrella, Ram rushes to help him. You can see the war between Ram’s feelings and his awkward nature right there on his face. He wants to get closer yet maintain the distance as well. King understands the unspoken words completely and is patient. Perth is a newcomer, yet his expressions are spot-on. He makes you feel Ram’s confusion as well as longing. Talay plays his character perfectly, with patience and understanding.

If you were disappointed watching the first three episodes and want a reason to continue, I would advise you to give this drama another chance. The show has a cacophony of light, sweet and bitter moments with characters that will slowly grow on you. So, don’t give up yet. Let them teach you the real meaning of love, friendship, and loyalty.