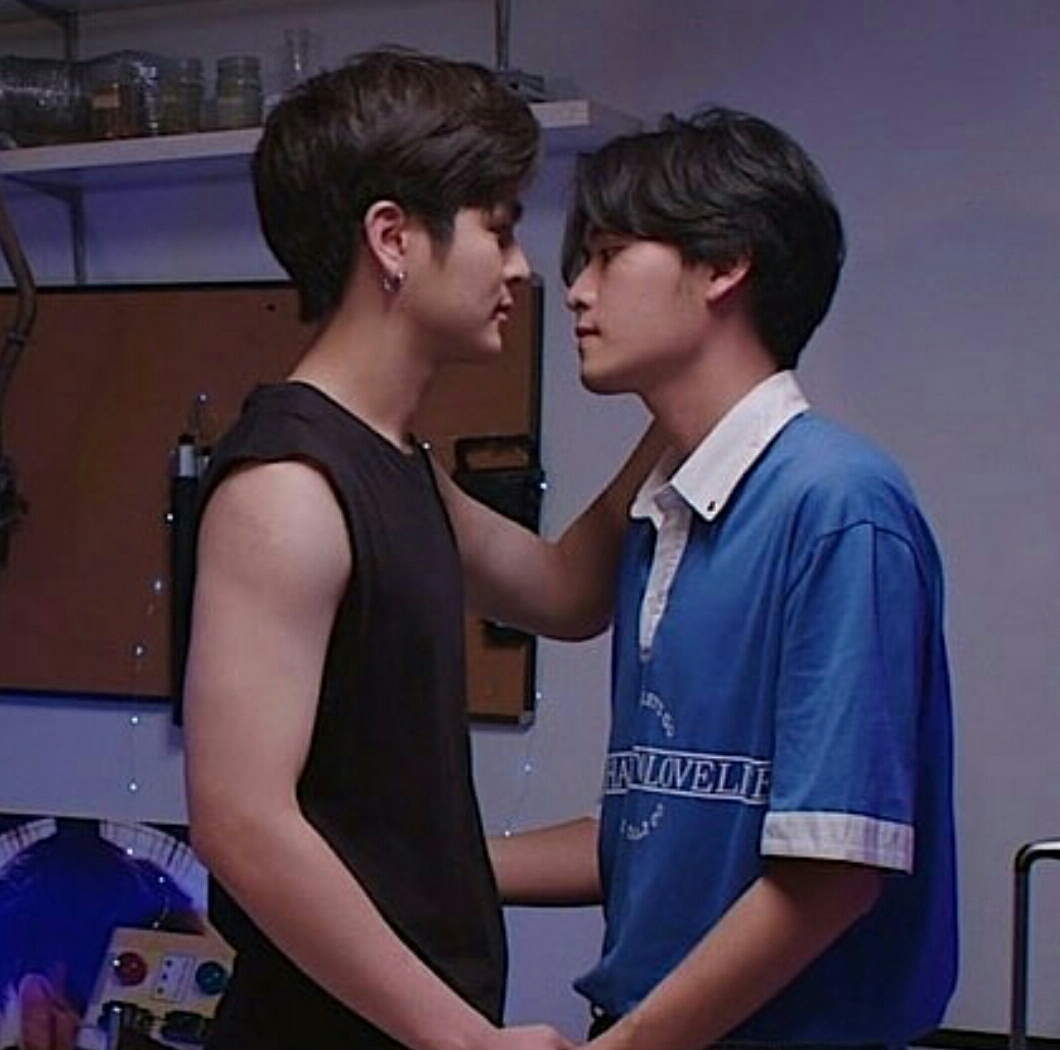 Episode 4 of YYY BL Sitcom levels up the comedy as well as the relationship between Nott and Pun (Yoon Phusanu and Talay Sanguandikul) , our main characters. As explained in Episode 1-3 review, they are the major players that headline the sitcom. Porpla (Poppy Ratchapong), the landlord, remains his comedic self as he manage the apartment rather unsuccessfully. This review is a joint effort with Jen’s BL Views and Reviews!

Episode 4 is both wacky and thoughtful. It offers some insights into certain relational issues that is tackled with both seriousnness and comedy. Having the subjects treated with fun and laughter make it easier for viewers to understand. What I am talking about?

Talay is the player who shines the most in this episode though Yoon Phusanu matches him scene per scene. Talay obviously has both dramatic and comedic chops. It’s just a matter of finding more roles for him. To balance the drama surrounding Nott and Pun, the crazy landlord, Porpla did some of the wackiest acts on the sitcom. Even doing a spooky Anabelle doll impersonation. Poppy’s ability to make people happy make this BL sitcom a standout.

I love the fact that most of the actors here are in their early twenties, which give them more credence in acting.