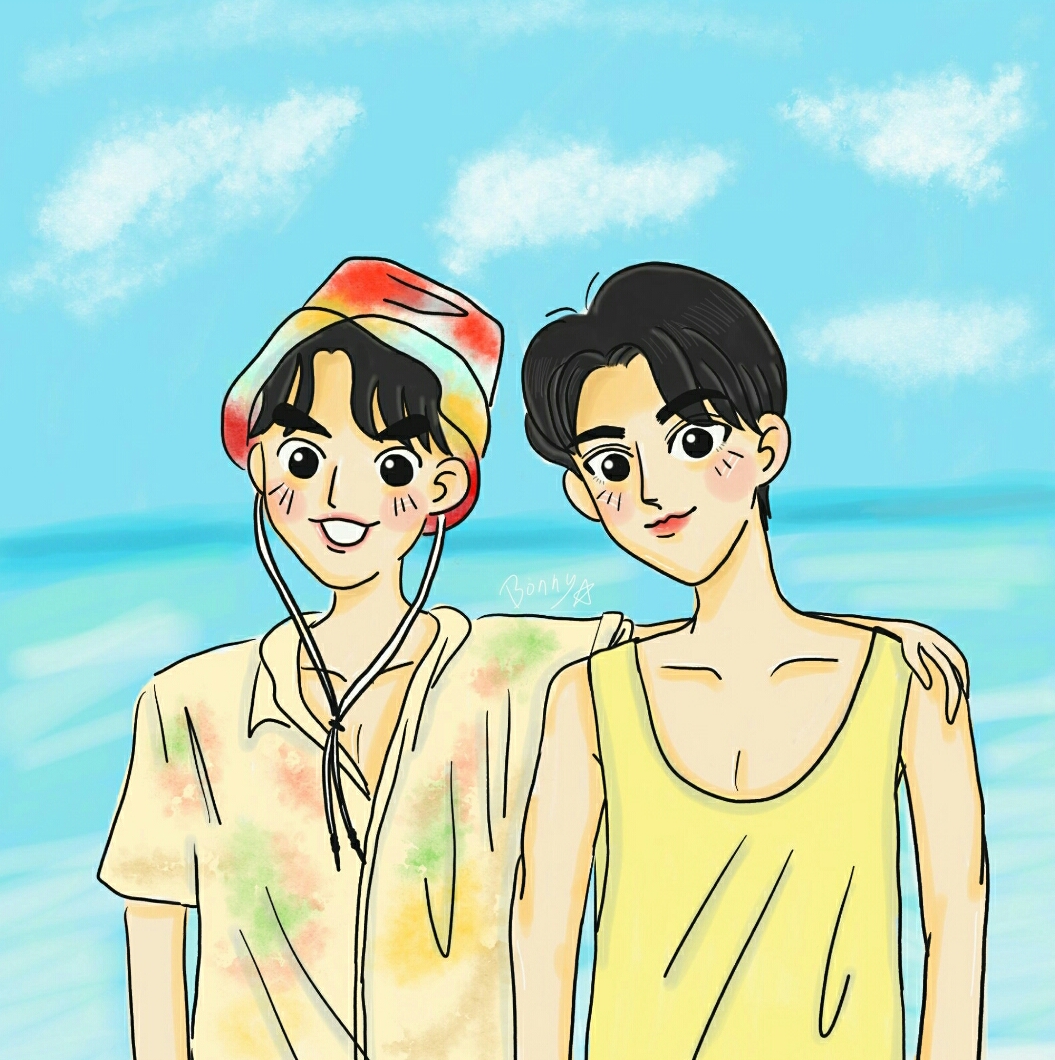 GMM-tv’s handling of this ‘supposedly’ BL series started with a lot of potential and the interaction between the leads – Bright Vachirawit and Win Metawin were golden. However, after Episode 8, things began to feel ‘incomplete’. Our episodic reviews journal the highs and lows of this series, and we invite you to read them all! Browse to see the most important events and sidestories of this highly popular series here!

Much has been said about Thai BL drama based in school. But the novelty and excitement of seeing young, handsome boys in blue shorts and white polo shirts will never lose its appeal. At least that’s my opinion and many others who have been inside this chaotic BL universe for years.

26 April 2020 updates: Here is a diagram that best explains the so-called backlash that the series and its lead actor, Bright Vachirawit, has received due to some old tweets and responses, involving the actor’s girlfriend:

Twitter account Newlifeishere translated and offers an illustrative explanation of the series of incidents that led to the so-called backlash. Apparent, it has something to do with incomplete translation and misinterpretation.

Relative to our March post, the same Chinese publication, the Global Times reported that there is a backlash about certain pronouncements by Bright Vachirawit and his girlfriend related to China and the COVID-19 pandemic. Here is an excerpt of the article:

Thailand TV drama 2gether The Series is experiencing a backlash in China after the girlfriend of lead actor Vachirawit Chivaaree, who goes by the name Bright, retweeted an inappropriate comment about Wuhan and COVID-19. Chinese fans have expressed strong disappointment in the incident and say they will stop watching the boys’ love drama. |source|

23 March 2020 updates: A Chinese publication, the Global Times published an article about 2Gether. Here is an excerpt:

Thai BL dramas have a huge and loyal fanbase in China, allowing Chinese netizens to get a better understanding of the country’s culture. “I love watching these types of TV dramas from Thailand. Some of them have interesting storylines and some have handsome actors. I was also moved by the deep love between characters in one drama,” a Chinese fan who has watched dozens of such dramas told the Global Times on Sunday. |source|

22 March 2020 updates: Bright did an interview together with Win and they were asked about relationships, to which Bright replied:

Gay and straight couples have the same thing going on. Its all about love. Gender has nothing to do with it.

While it sounded rehearsed or even copied from previous interviews by Hollywood actors who were cast in gay roles, I think Bright answered in a practical way. He’s currently portraying a gay character, why would he say anything negative? It would have been counterproductive to his work. I respect his work ethic. I think he is someone who will go the distance.

10 March 2020 updates: Bright to sing the new soundtrack of the series, to be launched today at GMMtv YT channel.

6 March 2020 updates: Read a companion piece about the series here.

1 March 2020 updates: This video clip features the major characters and they talk about their roles and how similar or different to their own.

28 February 2020 updates: GMMtv is really giving interfans the attention it deserves! The reaction clip below of the cast is golden and it has subs. How awesome is that!

Here are the latest couple shoots!

Bright and Win, the main couple

Frank and Drake, second major couple, from series My Tee.

8 February 2020 Update: Official trailer is up!

Unlike the teaser below, this clip offers more insights into the series narrative. Let me list down the salient points:

While it is common artistic choice and storyline development in most Thai BL to remain loyal to source, there is no need to read the books where its adapted from. In this case, the drama is stand alone and I can give it credit for the moods and scenarios it is trying to convey.

Now comes from GMMTV in 2020 is a delectable, juicy, and almost ‘ordinary’ new series called 2Gether.

Except that it’s nothing but ordinary. Take a look at the teaser clip below:

Using a teaser to determine a show’s quality can be tricky, but you can feel the amazing onscreen chemistry of Bright and Win. They even look like twins! Let your imagination run wild and let me know if I’m.wrong.

Bright answers question from an interview:

A student named Tine (Win Metawin) wants to get rid of a gay admirer. His friends recommend getting a pretend boyfriend – Sarawat (Bright Wachirawit). But Sarawat plays hard to get until he finally agrees. The two become close and intense emotions soon erupted. Are they just pretending or already have feelings for each other?

At 21, he finally grabbed a major role and I think they wasted his younger years by not featuring him in the lead earlier.

The other lead, Win Metawin Opas-iamkajorn, is a greenhorn and has not appeared in any show. From the clip above, we can deduce that they will agree to play as pretend boyfriend.

Drake and Frank from My Tee are also part of the cast. As second leads, it is a bit disappointing but I’d love to watch this couple to see what sort of improvements they made in terms of acting. They have amazing onscreen chemistry and it was not fully explored.

I hope that their story is as interesting as when they took the lead or even better.

The series is reported to have been included in 2020 GMMTV offerings even though there was no previous notice about the series before.