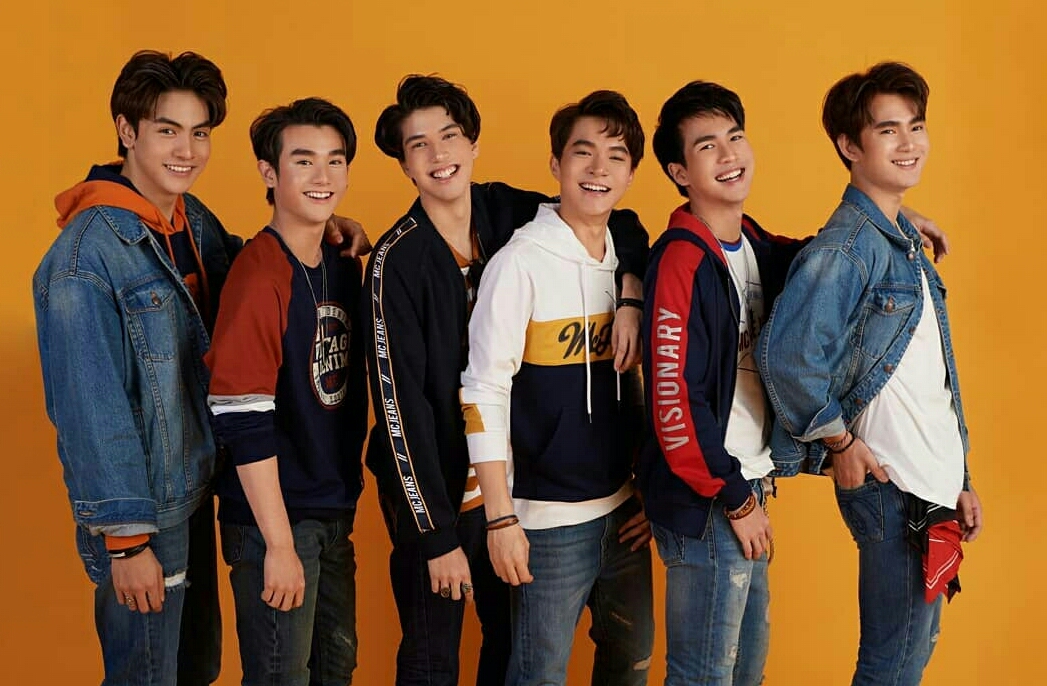 This series is the third installment of the 2Moons saga based on “Two Moons” by Chiffon_cake. In a direct question to the production company Motive Village, we asked the question if the series will push thru. Reply came from Bundit Worakul (Mee), the Deputy Managing Director and the Executive producer of Motive Village Co., Ltd.

Is Earth Teerapat still part of the upcoming 2moons3 series? There are also talks that the entire cast will be replaced. Is that true?

We still don’t have any reason to change ways. Moreover, for the entire cast, it’s impossible to replace them. I don’t understand why people think that way.

Dir. Aam Anusorn explained that he is asking for Earth Teerapat to be part of his new series and ask for permission from Motive Village to get him for a job. Are you going to allow Earth since he has a contract with your company?

As for Aam, I must first mention to you that I haven’t talked to him since we finished production of 2moons2. However, not so long ago he had contacted my company about his series actually and now is in our consideration process. We have to discuss carefully because of the information he provided – the broadcasting time might be the same period as our series 2moons3 and it’s also a BL series which is the same category as well. For now, we are currently planning for our series. Therefore, regardless of what work it shouldn’t be the same period with 2moons3 because that is our priority. However, due to Covid19’s situation, we still don’t know our exact plan, that’s why we can’t give him an answer at this time.

Dr. Pat Jiwa in an open letter said that Earth is one of the most dedicated actors he has known and on his training, he believes that he has what it takes as far as performing (sing, play piano) is concerned. What is your response to this?

As for Dr. Pat Jiwa, he was the one that we worked with in 2moons2 and he quit shortly after the series ends, so I haven’t talk with him and he finished teaching the 6 boys since that time (It’s almost a year from then). After he quit, I have so many development programs and hired new training team. It covers our artists and the training includes personality, attitude and behavior, singing, and also dancing and related activities. It aims to develop them for teamwork and included the next steps of our plan. Since then Dr. Pat and me and also the boys haven’t contacted one another for work. However, there is the possibility that during the time he trained the artist, Dr Pat have a good relationship with everyone, so it’s not uncommon that he say that way. Although he left our project for a longtime.

Out of thousands of candidates, we want the boys to be properly trained and it involves different plans. We are quite selective and the assessments of everyone on the training team count when considering our talents. Nevertheless he is not wrong to come out to cheer on the person he admires. So we understand and do not complain or criticize him.

This sequel continues from where 2Moons2 left off. The sequel will show the progression of all three returning couples. Pha has to persevere in times of helplessness as Wayo’s incriminating pictures and videos have been released by Park and Pring. The story will show the progression of their relationship after that scenario. Ming and Kit will have to learn to develop and mature in their relationship, while Forth and Beam will also settle down and progress in theirs. Two couples from the novel “The Ambassador” are also being included in this sequel. Their storylines are more along with the “rival to lovers” sort of scenario. One of the pair includes Suthee, the medicine moon.

Based on the information above, it is apparent that Wayo and Pha take centerstage, while the other characters return to continue their own, separate stories.

Earth Thirapat Reungritkun – Wayo: Insecure about his effect on others, can be awkward yet he is no boytoy, that’s Wayo. And he absolutely adores Phana with all his heart, yet can have a frightening streak of jealousy.

Ben Benjamin Brasier – Phana: The character is used to being desired by many. Phana is most sought after being a medical student, considerate and wise. Yet he falls for someone he considers a kind, kindred soul and a boy a bit younger than himself.

Joong Archen Wiraphakul – Ming: How can a gorgeous, handsome boy be such a pain in the ass and yet act cheeky and daring? That’s Ming and Joong Archen made his best effort to be the perfect Ming.

Nine Konchit Boonsatheepakdee – Kit: Loyal to his buddies yet he can’t help himself but fall for the most handsome guy. However, Kit is a true tsundere (a Japanese term for a role that depicts a person who is initially cold and sometimes even hostile before gradually showing a warmer, friendlier side over time.) Nine manages to show the character’s demure, pretending persona with a great performance.

Dome Woranart Ratthanaphast – Beam: Like Kit, Beam appears to be in search of his true identity. He is hesitant yet would become aggressive in an instant. His relationship and the corresponding character development in the series is as original as it can get.

Poom Naret Promphaophan – Forth: The resident bad boy of the series, he is a cool reminder of the buddy system in most Thai BL shows.

This page will be updated as soon as additional information becomes available.