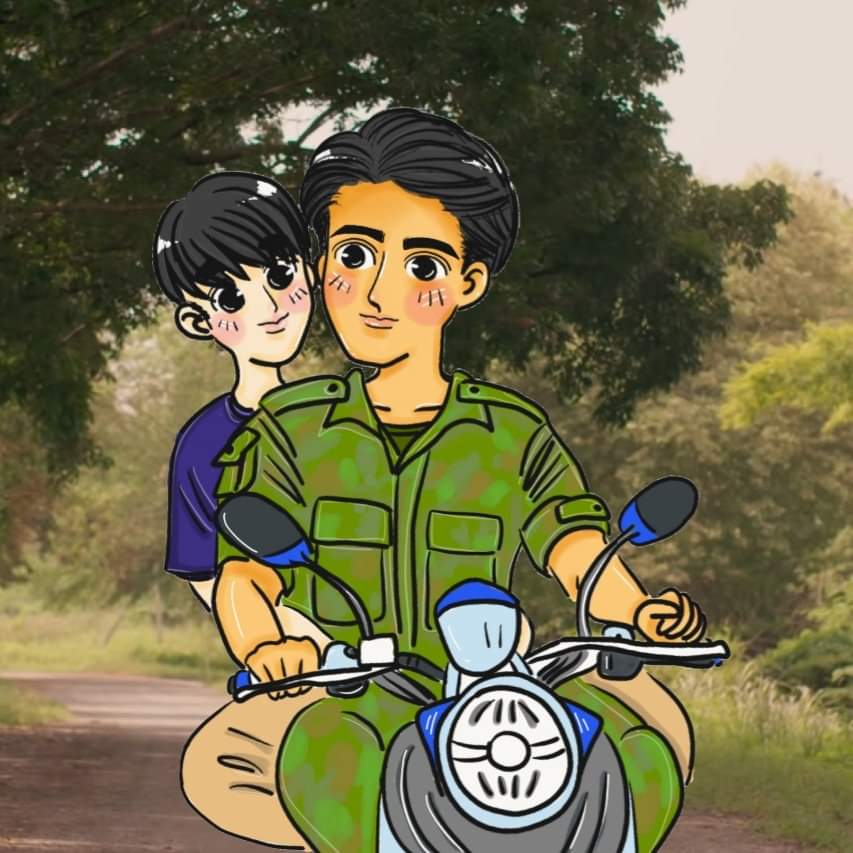 Aside from a promising cast, Tale of A Thousand Stars is already one of the most anticipated Thai BL dramas for 2020 because of its director. Remember He’s Coming to Me? And the recent Dark Blue Kiss? Well, it’s Backof Aof Noppharnach who will direct 1000 stars!

21 May 2020: Fans are pushing for 3 million views of the drama’s teaser trailer. It is currently at 2.9 million (and counting). Aside from Earth Pirapat, I have absolute confidence in Mix Sahaphap – although a fresh recruit, he is mentored by an outstanding director and he has natural acting abilities as well.

30 April 2020 updates: Director-Writer Aof has announced that he has completed the script for the series. Since the drama is located in a far-flung Thai village, expect breathtaking views of the Thai countryside!

Character change has become inevitable as a result of issues regarding Earth Pirapat’s character – who is a military officer in the books the role is based on. It has become apparent that the production team is aware of the political implications and would rather alter the character rather than create unnecessary controversy. This piece of news remains unconfirmed for now, pending an official announcement.

Below is an English translation by Lazy Subber on a Tweet by the author of 1000 stars. Note that it was deleted right after:

“Just a heads up. We might change Phupha’s occupation from a soldier to a forest ranger. I’ve talked with the director and waiting for confirmation. When the director picked this novel he wasn’t worried about the soldier issue. It was 2 years ago. It’s different now as you’re all aware of. There might be something that the producer won’t be able to ‘control’. The series might not get to go on air if we’re being stubborn. The writing team will keep the plot reasonable if we really have to change.”

Here’s a short background of the military situation in Thailand:

On 22 May 2014, the Royal Thai Armed Forces, led by General Prayut Chan-o-cha, Commander of the Royal Thai Army (RTA), launched a coup d’état, the 12th since the country’s first coup in 1932, against the caretaker government of Thailand, following six months of political crisis. The military established a junta called the National Council for Peace and Order (NCPO) to govern the nation. After dissolving the government and the Senate, the NCPO vested executive and legislative powers in its leader and ordered the judicial branch to operate under its directives. In addition, it partially repealed the 2007 constitution, save the second chapter which concerns the king, declared martial law and curfew nationwide, banned political gatherings, arrested and detained politicians and anti-coup activists imposed Internet censorship and took control of the media. |Wiki|

This information makes me wonder what sort of arrangement GMM-tv and other content producers have inside with this kind of government. Hopefully, such an “arrangement” continues wherein these BL series are shown – late hours (not prime time) and aired on LINEtv and other streaming sources where there are also regulations. The bigger issue is to portray the military in Thailand as being ‘idealistic’ and ‘progressive’ and used for propaganda purposes. Thus it might be the best for the production team not to fuel the fire of discontent.

18 March 2020 Update: Reports indicate that the TV series will start shooting April 2020 amidst the coronavirus which remains uncontrollable in Thailand and elsewhere in the world. GMMtv has yet to give a date of broadcast but this series is quite anticipated for the story and where it’s based.

Here’s what the drama is all about:

A pretty and idealistic young teacher, Torfun (Aye Sarunchana) volunteered to educate young kids in a far-flung and rebel-infested Thai village. She met and fell in love with the military officer (altered to become a Forest Ranger) who monitors the park – Phupha (Earth Pirapat). However, she died from a car accident. She happens to be an organ donor and the accident benefits a young boy name Tian (Mix Sahaphap). Upon the boy’s recovery, he returns to the village and eventually met Phupha.

Will love spring forth between these two young men with different luck and circumstances?

The photo above shows the two leads – Earth and Mix with the series director (center). While there is no release date yet, just the storyline alone makes this series a much-anticipated event.

The teaser trailer is below:

The drama is based on a novel. More details here:

The lead cast are:

We will post more casting news as they become available.