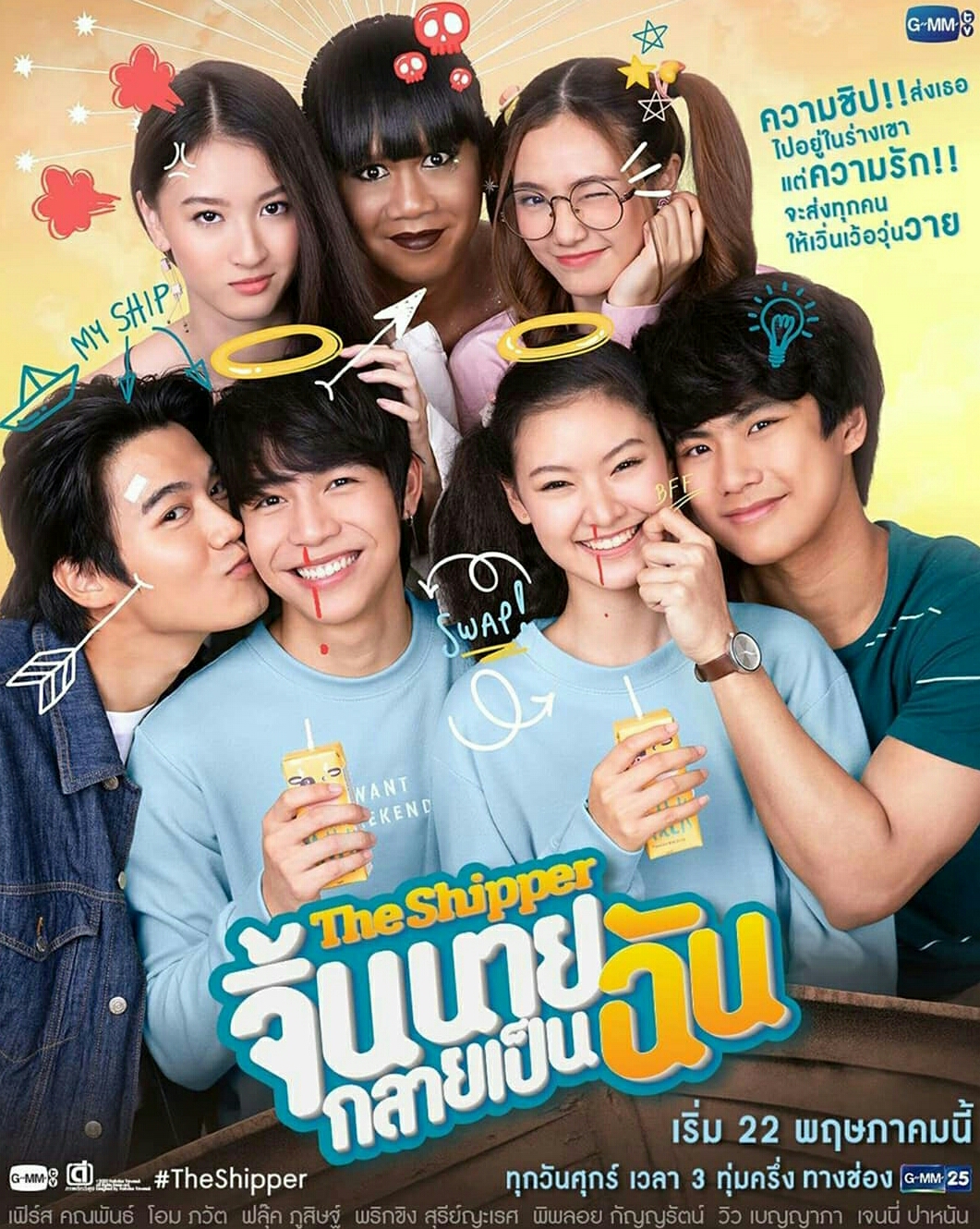 The Shipper takes over the highly coveted BL slot of GMM-tv from the hugely popular 2Gether The Series. While its predecessor commanded millions of views, The Shipper only took in about a quarter of that. Not that it’s an inferior show since viewers still have to get a hang of it.

Episode One begins with some fireworks. A Fujoshi pair (Pan and Pingping) fantasize about two handsome boys at their school. They created a BL fanfiction that somehow spreads all over. The subject of their fantasy are campus hearthrobs Kim (First Kanaphan) and Way (Fluke Phusit) who are best buddies – play basketball side by side, and fight rivals with the same intensity. To make the story short, the girl’s BL plot puts one of the boys in trouble and he’s about to be expelled.

When a new series starts with flimsy logic that borders on idiocy, there is a tendency for a reviewer like me to set aside reasonableness and just go with the flow. Yet it’s hard when the story is all over the place. The acting is fine since almost all the stars have worked together in a previous show (most were cast in the recent school thriller The Blacklist).

Through the years, one thing has become crystal clear. If you want a series to be universally accepted and perhaps the only compromise that is worth the risk – focus on the damn main couple! Having said that, I’m keeping my options open because I have not seen Ohm Pawat well enough to trash it based on one single episode.