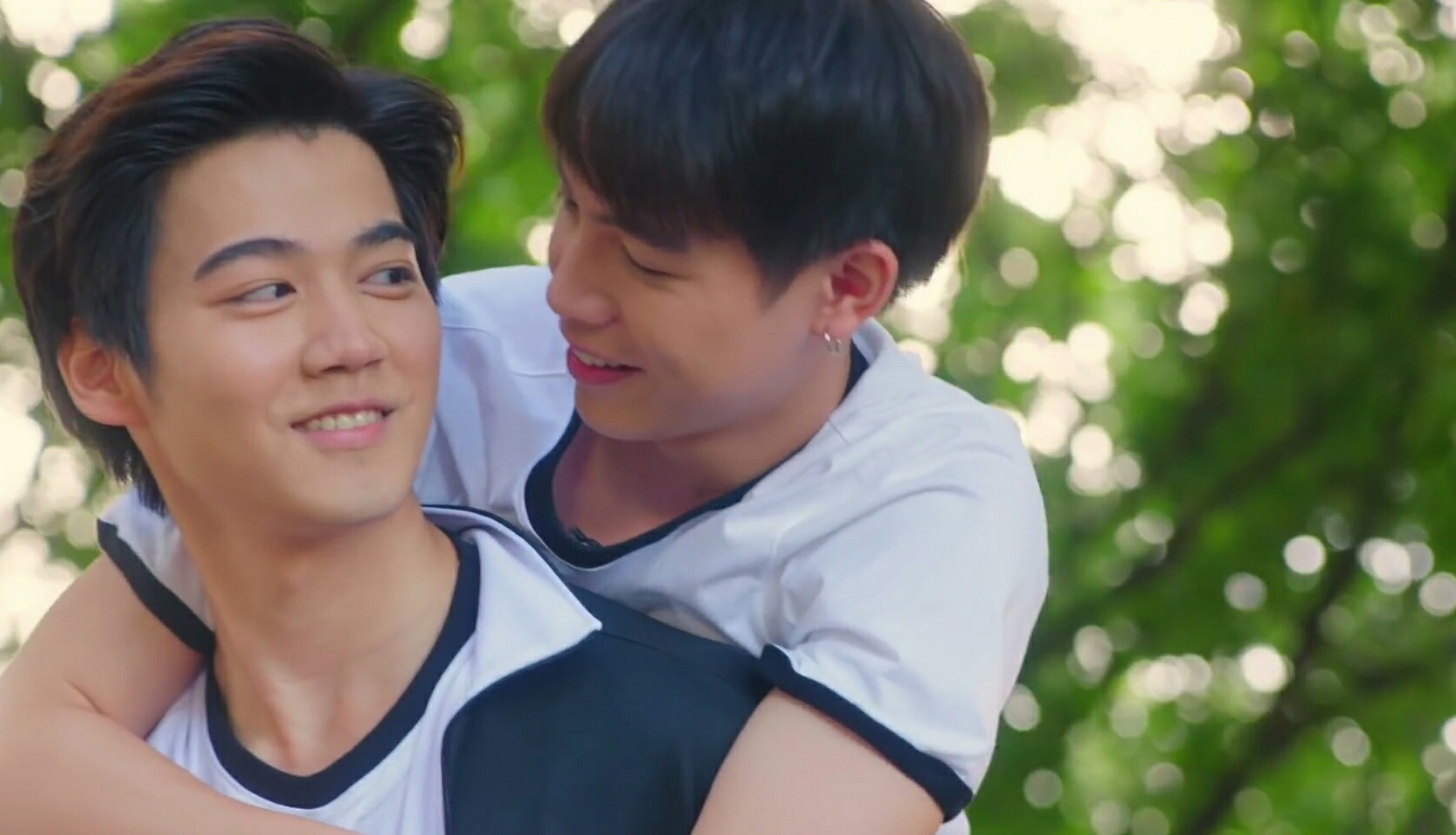 6 May 2020 update: Watch the official trailer (after the jump). The series is to air starting May 22nd, 2020 this series replaces 2Gether the Series on its GMM-tv timeslot, which is 10pm Bangkok time.

I’m in awe how Ohm Pawat has captured the imagination of BL watchers around the world. Aside from He’s Coming to Me and Dew, the movie, he plays an admittedly a ‘second lead’ in GMMtv’s 2020 gender-bender romcom/BL concoction entitled The Shipper – จิ้นนายกลายเป็นฉัน.

Joining Ohm (he plays Khet, the younger brother) are the two major characters being shipped by a pair of impressionable school girls. The fantasy BL couple is First Kanaphan (Kim, Ohm’s older bro) and Fluke Phusit (Way). Both have been cast in previous dramas, but in this quasi-BL romantic-comedy, they are taking the spotlight.

First Kanaphan (คณพันธ์ ปุ้ยตระกูล) – 21 y.o. plays Ohm’s older brother, Kim. He’s relatively new to acting, having debuted in 2018 with proven GMM-tv staples. He was a standout in Wolf (2019), as a voyeur who enjoys hunting beautiful women. His commercial clip with Up Poompat, a BL inspired scene, raised the possibility if a BL role in the future and here we are!

Fluke Phusit (ภูสิษฐ์ ดิษฐพิสิษฐ์) – 22 y.o. portrays Way and is a GMM-tv artist and this is his first BL role, actually his initial project with the network. He was discovered after joining a talent search where he placed first runner-up.

16-year-old Prigkhing Sureeyaret Yakaret (Pan) will play the female gender-bending counterpart of First. She’s a relatively newcomer who was previously cast in Theory of Love and The Blacklist. Ploy Kanyarat Ruangrung, 17, plays the other school girl named Soda.

Here’s the official teaser clip that made people suffer from nosebleed!

Ohm and First play brothers, but the body swap changed their relationship from familial to romantic. Will their ship sail? We basically have two BL ships here.

While some have complained about the randomness and overhyped body swapping theme, I look forward to this drama because of the cast. A theme is as good as the actors and the twist and turns in the story.