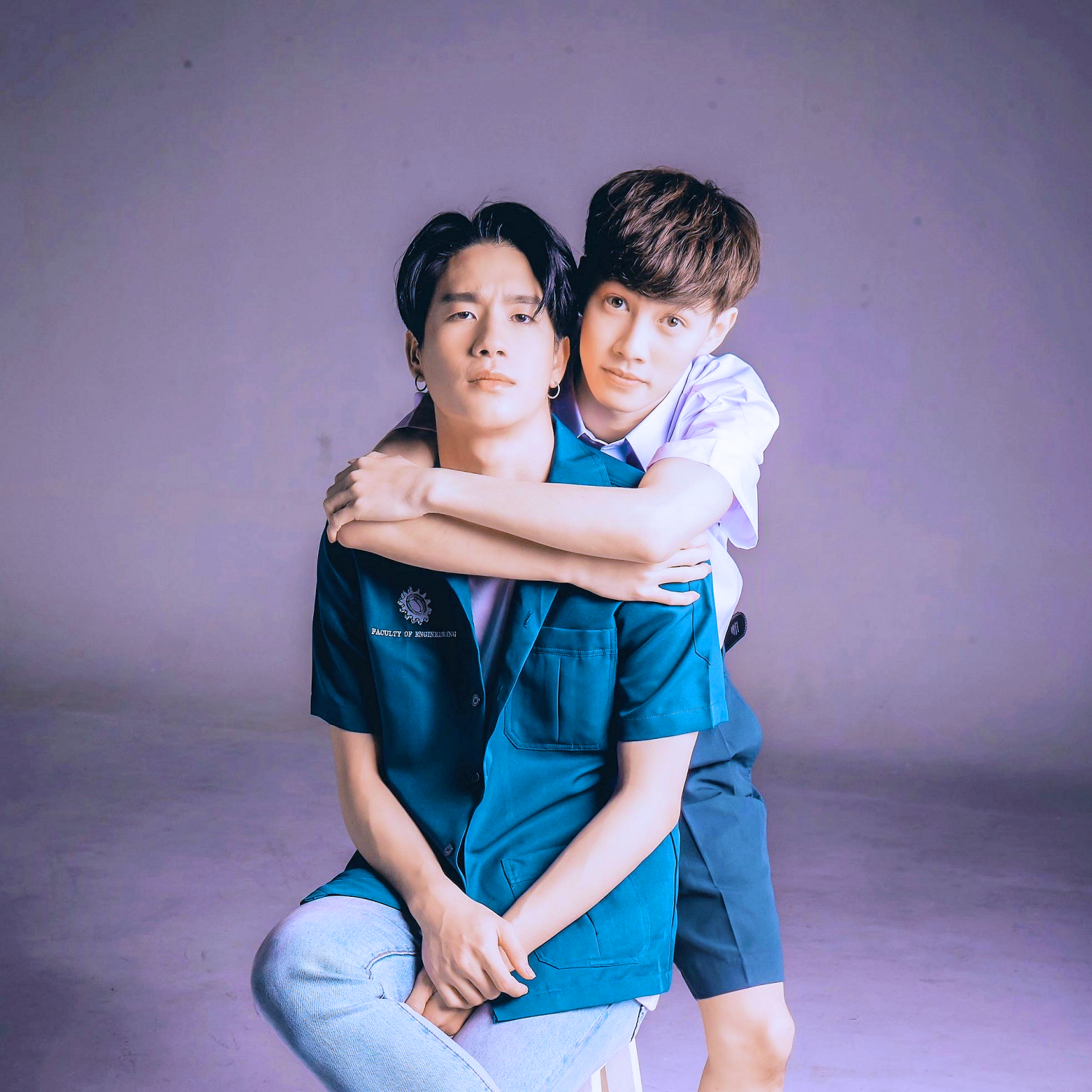 EN of Love – This is Love Story: Episode 1 [Review]

After being postponed due to production delay caused by COVID-19 pandemic, This Is Love Story is finally on-air.

The final installment of En of Love The Series from Studio Wabi Sabi has been long awaited by its fans who have spent the past month busying themselves with life, to ease their longingness of the series. As a self-proclaimed die-hard fan of This Is Love Story, I’m intrigued to discover the journey of Neur and Praram, as well as seeing the on-screen interaction between the main actors, Prom and Benz.

While I waited for this series to be aired, one question kept popping in my mind, will it be worth the wait? Well, let’s see…

This Is Love Story told the story of Neur (Prom Ratchapat), who fell in love with Praram (Benz Natthapong). The journey would’ve been easy for Neur if Praram were just an ordinary high-school boy. Yet, Praram is the younger brother of Tossakan (Win Achawin), the boyfriend of his best friend. As the relationship moves forward, Neur must prepare himself to face Tossakan’s possible disapproval, as well as his friends’ judgment about their relationship.

Following the success of Tossara and Love Mechanics, This Is Love Story gained popularity even before the premiere of its first episode last Saturday. The love story between Neur and Praram raised unneeded debate among some viewers, some of whom see the relationship as “inappropriate.” I myself don’t feel bothered at all about the idea. Firstly, Praram is old enough at 18 years old to have a boyfriend. Secondly, the age difference between the two lovers isn’t something that unusual. We see it every day in our lives and it’s not a big deal. Besides, they are only 3-4 years apart. The most important thing in a relationship is the way they treat and respect each other. So, don’t worry, Neur and Praram, both of you can continue sailing!

What worries me is the ability of this series to bring a different color in the Thai BL industry. Apart from the “controversial” age gap and Neur’s character as a converted playboy who finds love, the story itself is actually pretty mediocre. When compared to the Love Mechanics series, which offers a more complex plot, this one is merely a love story that involves engineering students. And we’ve seen a lot of that. So it needs more than Prom and Benz attractive appearance to make viewers fall in love with this series.

Knowing the fact that this series will only consist of 4 episodes, I don’t think the plot is the main issue. Actually, I felt the writer has done a pretty decent job in selecting scenes that should fit within the series. Yes, at times it still feels rushed, but it actually flows quite nicely. The transition from one scene to another feels natural and the sequences are easy to follow.

The biggest problem for me is actually Prom’s acting. I’ve grown confidence in him, since he has played this character in Tossara and Love Mechanics. He did quite well on the previous series, so I kinda hoped that he would deliver a decent performance in This Is Love Story. Plus, he surely has the look to play Neur. Combined with his playful smirk and friendly gesture, he has been able to bring up the naughty side of Neur in the previous series.

However, his portrayal of Neur in This Is Love Story is a bit bland for my taste. Facial expression is something that he needs to continuously practicing, as I felt he has the tendency to give the same static facial expression throughout the series. Sometimes, I’m confused whether he is happy, sad, or simply doesn’t feel anything. He also needs to further explore Neur’s “soft side” and go deeper into his thoughts and feelings of what makes the character more real and believable.

On the other hand, Benz, who took this challenge to play twins in his series debut, has done a really good job. His portrayal of Praram and Pralak is more stable. The difference between both characters can’t only be seen as their physical appearance, but also in their gestures, expressions, and speaking tone. With more experience and further training, Benz will be able to become a solid actor. Also, kudos to the editing team who made Praram and Pralak scenes easy on the eyes.

Even with these quibbles, I still find This Is Love Story entertaining. The friendship of Neur, Vee, Bar, and their engineering group enlighten the mood of the series, as they always bring a sense of humor and fun to the viewers. And the constant usage of social media themes throughout the series remains a unique selling point for the series – I’m waiting for that Dew Daily scene in the next episode!

I hope to see more interaction in the next episode between Neur and Praram. It is the undeniable on-screen chemistry between the two main actors that will save the series from becoming just another love story.

Where to watch Episode One? Below are official links to Studio Wabi Sabi clips at YouTube: