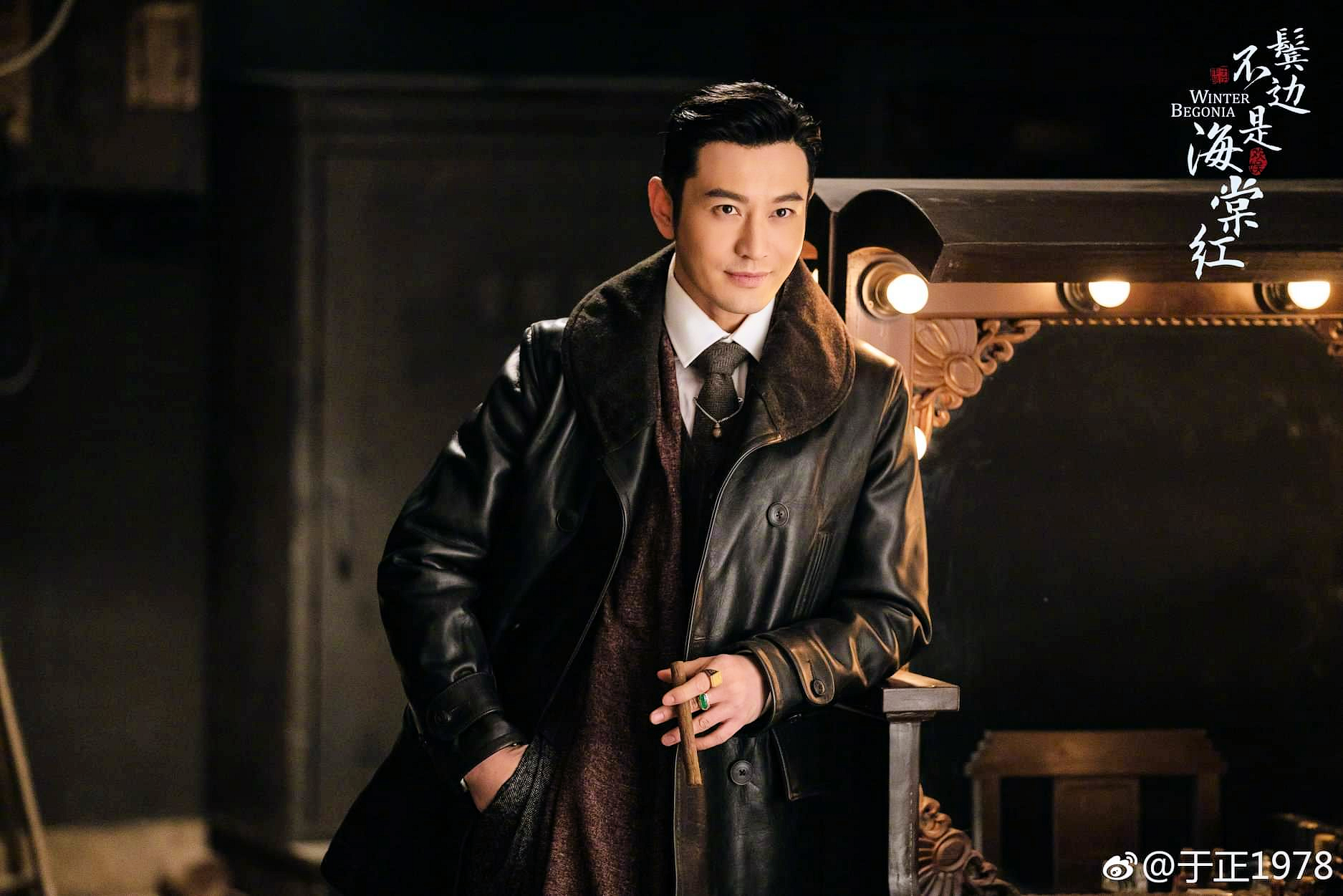 Winter Begonia’s latest episodes introduced a slew of new characters, managing to set off a chain reaction that triggers new developments. The current episodes focused mainly on Shang Xi Rui’s rise as a proficient Peking Opera Performer and dwelt on certain painful elements of Cheng Feng Tai’s past. Our main leads are getting closer as they wade through significant challenges and emerge as each other’s best source of support. Let’s continue on our journey of this magnum opus.

Winter Begonia can be streamed on YouTube and VIKI

Storyline
Cheng Feng Tai accompanies Shang Xi Rui to the famous performer Yuan Xiao Di’s retirement party. As always, problems seem to follow our Opera Maestro wherever he goes. This time it is in the form of Si Xi Er, an incompetent erstwhile Opera Performer, who manages to enrage Xi Rui. The only saving grace is the entry of Yu Qing, an amateur Opera Performer, and Yuan Xiao Di’s apprentice. She captivates Shang Xi Rui’s attention, who immediately offers her the main role of Consort in his new play.

At the same time, Fan Lian tells our main leads about Xiao Zhou Zi, Si Xi Er’s apprentice, who seems to have good voice quality but is mistreated by his master. Shang Xi Rui and Cheng Feng Tai investigate the situation, and Zhou Zi begs Xi Rui to save him. At the same time, Gu Da Li, the pregnant leader of Mountain bandits, is forced to leave her home when Commissioner Liu Han Yun, Xi Rui’s foster father attacks and kills several of her men. She seeks refuge with Cao GuiXiu. Cheng Feng Tai, taking advantage of her presence, accepts her help to fool and buy Zhou Zi from Si Xi Er.

Shang XuiRi tries very hard to train Xiao Zhou Zi, who is very nervous and keeps faltering. He cleverly tricks Zhou Zi by buying him food and leaving him alone at the restaurant. The owner forces Zhou Zi to perform Opera on the streets to pay for his food. Left with no choice, the nervous Zhou Zi starts performing, but as soon as the passerby’s praise him, he grows confident and offers up an excellent performance. Shang Xi Rui certainly knows his apprentice quite well.

Cheng Feng Tai, on the other hand, sets up the stage for a meeting between Cao Gui Xia and Commissioner Liu. Gui Xia is surely shrewd and patiently convinces Liu to support him to take over his father’s place, in order to keep the Japanese forces at bay. “The Tale of Hiding Dragon” goes on without any glitches, and both Shang Xi Rui as well Xiao Zhou Zi’s performances are appreciated. But yet again, Si Xi Er crashes the scene and assaults Zhou Zi. He still has Zhou Zi’s contract, and as such, he forcefully takes the poor wounded kid back with him.

Cheng Feng Tai wants to arrange a farewell party for Commissioner Liu. Shang Xi Ruo decides to approach his master Ning Jiu Lang for a joint performance. Jiu Lang agrees, and they put a pristine performance that leaves Commissioner Liu spellbound. Shang Xi Rui takes the opportunity to ask his foster father for help to rescue Zhou Zi from Si Xi Er.
Gu Da Li tries to assassinate Commissioner Liu, but it is foiled by La Yue Hong, Xi Rui’s apprentice. On learning his identity, Liu offers him a favor, to which Yue Hong asks Liu to take him away and employ him in his office. Shang Xi Rui has a hard time accepting this betrayal.

On the other hand, Cheng Feng Tai unknowingly gets stuck in a new problem when Fan Lian’s Mistress delivers a baby girl. The news reaches Mrs. Cheng, who assumes that the baby belongs to Cheng Feng Tai. She burns a letter from Cheng Feng Tai’s long lost mother in retaliation. They have a huge showdown, and Cheng Feng Tai leaves home to stay at Shui Yun House. We learn about Feng Tai’s childhood and how his mother abandoned the family to continue her passion.

The election for “Best Opera Performer” is announced. The final candidates are Shang Xi Rui, Ning Jiu Lang, Jiang Deng Bao, and Si Xi Er. President Jiang, as usual, tries to sabotage the election, but Jiu Lang saves the day with his final vote, and Xi Rui emerges as the Winner. We have several emotional moments where Xi Rui refuses to accept that he can ever be a better performer than Jiu Lang. Jiu Lang gifts him a specially designed plaque and advises him to be prepared for future events. I appreciate the fact of how the show shaped up the Jiu Lang & Xi Rui relationship. They don’t seem to have the normal Master-Apprentice relation, but a more subtle form of love that a father feels for his son.

Shang Xi Rui is being coveted for an advertising campaign. To everyone’s surprise, he readily accepts it. Cheng Feng Tai brings his sister Cha Chaer to watch Xi Rui’s play. Second Master Gu escapes from the prison and kidnaps Cha Chaer. Xi Rui and Feng Tai work together to rescue the little girl from him. Cheng Feng Tai decides to sent Cha Chaer to Hong Kong to avoid such similar situations. Cheng Feng Tai meets with Chun Xuan, his mother’s apprentice, who gifts him with her Opera Music record. Feng Tai is overwhelmed and happy. Feng Tai’s mother is most probably dead; however, Chun Xuan, keeps it a secret. Following up on her late Mistress’s last wishes, Chun Xuan only delivers the record and lets Feng Tai believe that his mother is alive and happy performing her country work operas.

Cheng Feng Tai and Shang Xi Rui’s relationship might be defined as “Bosom Friends,” but it’s a clear disguise to this beautiful relationship that manages to prosper despite all odds and gets stronger by the day. Fearing that an impatient Shang Xi Rui can act recklessly at the retirement party, Cheng Feng Tai accompanies him as a Servant. He actually accepts this status change happily when Fan Lian questions him about it. When Si Xi Er provokes Shang Xi Rui, it is Cheng Feng Tai who rushes to the rescue. Feng Tai’s calm presence and dialogue somehow soothe down Xi Rui’s anger. Moreover, when Shang Xi Rui decides to rescue Xiao Zhou Zi, Cheng Feng Tai promises to help him with no questions asked Feng Tai supports Xi Rui unconditionally.
The casual banter they share or the way they both look at each other never ceases to amaze me. When Xiao Zhou Zi is rescued and bought to Xi Rui, he gives the kid a new stage name “Zhou Xiang Yun.” But the honor to write down that name is bestowed to Cheng Feng Tai. It is significant because Xi Rui acknowledges Feng Tai’s importance in his life.

When Shang Xi Rui feels uneasy asking for Ning Jiu Lang’s assistant in the farewell party, Cheng Feng Tai takes over. He very cleverly turns the tables and requests Jiu Lang to accept Xi Rui as his apprentice, paving the way for their performance. When Yu Qing suddenly backs from their successful play, and Shang Xi Rui decides to end the show, Feng Tai still supports his decision.
At the farewell party, when Xi Rui loses his mind seeing Chang Zhi Xin and fights with him, it is again Feng Tai who stops him from causing a ruckus. The scene where they both topple around and fight in Cheng Feng Tai’s car was so hilarious that I couldn’t stop laughing.

When Feng Tai visits a wounded Chang Zhi Xin to apologize for Xi Rui’s behavior, he expects the incident concerns Xi Rui’s odd fixation with Jiang Meng Ping. But he is shocked when he learns that it wasn’t about Meng Ping.

Zhi Xin explains, “It’s because of You. I said he didn’t deserve to be your friend. He believes you and treats you as a family member.“

Cheng Feng Tai has to leave the Palace because he argued with Mrs. Cheng. Xi Rui takes this as an opportunity to repay the debts that he owes. He even goes to the extent of buying a car for Feng Tai. However, Feng Tai refuses, saying that “I’m already happy.” The way he looks at Xi Rui while saying that, will probably give you a new outlook at their blossoming relationship.

The most memorable moment, however, is when Shang Xi Rui drags a confused Cheng Feng Tai and forces him to sleep on the plaque gifted by Ning Jiu Lang. Feng Tai as usual fusses about it, but Xi Rui renders him speechless!!

“Mr. Cheng, the most valuable things I have in Shui Yun House are in this room- God of Founder, my Dad, a plague by Jiu Lang and You.“

Feng Tai is pleasantly shocked, but the happiness on his face, as he rests on the plaque, explains everything.

I was quite shocked when Xi Rui agreed to work in the Soap Factory advertisement. He is entirely uncomfortable and nervous about how to work in an advertising campaign. But Cheng Feng Tai helps him relax by playing his favorite Opera record and instantly Xi Rui’s mood changes. He employs his opera styles, and the shoot is perfect. The understanding that binds these two together is so beyond words, I can’t describe the feeling.

For now, I leave you here with these beautiful moments, keep watching this space for more updates as we continue on this journey of love, friendship, and possible betrayals!

Winter Begonia can be streamed on YouTube and VIKI