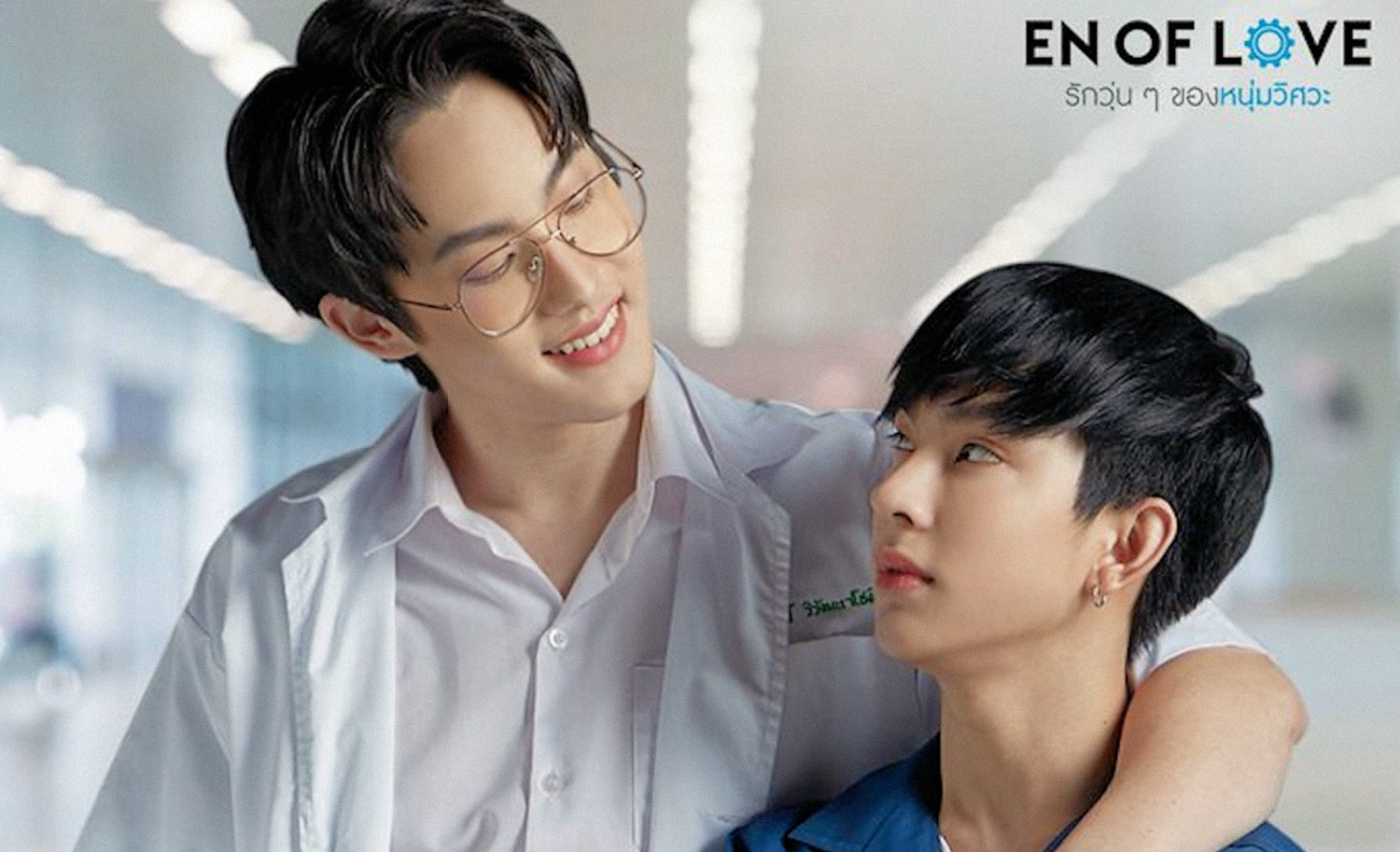 Anything worth having is worth waiting for. This phrase resonates well with the love story of Gun and Bar in the popular Boys Love series, EN of Love: TOSSARA. Despite the harsh competition in the Thai BL industry when the series aired, it was still able to capture many hearts with its simple and relatable story. Moreover, as the first installment of En of Love The Series, TOSSARA has successfully opened the door of popularity for the two follow-up series.

Summary of The Story

Gun Tossakan (Win Achawin) is a freshman of the Medical faculty who holds a long unrequited love for the head hazer of the Engineering Faculty, Bar Sarawut (Folk Thitiphat). When the right moment finally comes, Gun gathers his courage to court the senior. However, Bar isn’t an easy target to catch. Gun’s charm and attractive appearance that charmed many students in the university, wasn’t enough to melt the ‘cold hearted’ head hazer. At the end of the day, Gun has only two choices: to fight for his love or simply move on with his life.

TOSSARA left a deep impression on viewers, both because of its sweet story and because of the miscasting of Gun’s character. The decision to choose Win to portray the character generated a considerable amount of comment from viewers. Most of them said that he’s not “attractive enough” to play the role of the most handsome student. As strident as it sounds, I found myself agreeing with those opinions.

It’s not that he’s unpleasant to look at, but simply because he doesn’t fit the description of Gun, which is a super gorgeous human being who possessed a killer charm that can attract the entire population of the university. Win’s appearance simply doesn’t meet the expectation, because he’s more like a sweet boy that you adore because of his cuteness. (Well, to be honest, I think it’s quite hard to find a suitable match for Gun’s character.) That’s why I think the writer should have toned down the character a bit or at least don’t put too much emphasis on his looks. Reduce the lines that mentioned his undeniable handsomeness and focus more on his personality. It would make the character more interesting and lessen the comments about Win’s appearance. I felt sorry for Win that he had to earn an unneeded ‘hatred’ from the viewers.

Another problem with the series is the script feels disjointed and illogical. The first episode of TOSSARA moved as fast as lightning, leaving the viewers confused and did an injustice to the main characters, especially Bar. In the first ten minutes of the story, we see Bar is completely unmoved by Gun’s persona. He coldly rejects the love confession and firmly says that he’s not interested. However, not long after, we are presented with images of the main characters, sitting side by side, talking sweetly, with Bar even showing his jealousy towards Gun. It doesn’t make any sense. It’s no wonder some viewers said that Bar is inconsistent and weird as he quickly changes his heart, which is definitely not true!

If only the scriptwriter had been patient enough to build the storyline of Bar and Gun’s relationship, viewers could better understand the reason for Bar’s acceptance. They definitely should put all the lovey-dovey scenes in the second and third episodes. As for the first episode, it should have revealed Gun’s struggle to get closer to Bar, as well as giving some moments for Bar to question his own feelings towards Gun. It would’ve made more sense.

Unfortunately, the script has let the series down, because the main actors definitely can act. Win might need more coaching to help him build the confidence that is needed for an actor to deliver Gun’s character optimally – he is a bit too shy sometimes, while Folk is surely a committed actor. He has put his heart into his acting and done the best he could to make Bar’s character real. Their chemistry also on point, though it started a bit awkwardly, but getting better throughout the episode. So, with a better script and clearer guidance, both would be able to become more solid actors in the future.

Eventually, I still find myself re-watching the series over and over again because there are actually a lot of things that compensate for the lousy script. For example, the existence of Lee and Tee duo, who brought more colors into the series with their bold personality and witty jokes. Or simply the friendship of the engineering gangs that always reminds me of the good old days of my university year, which is heartwarming.