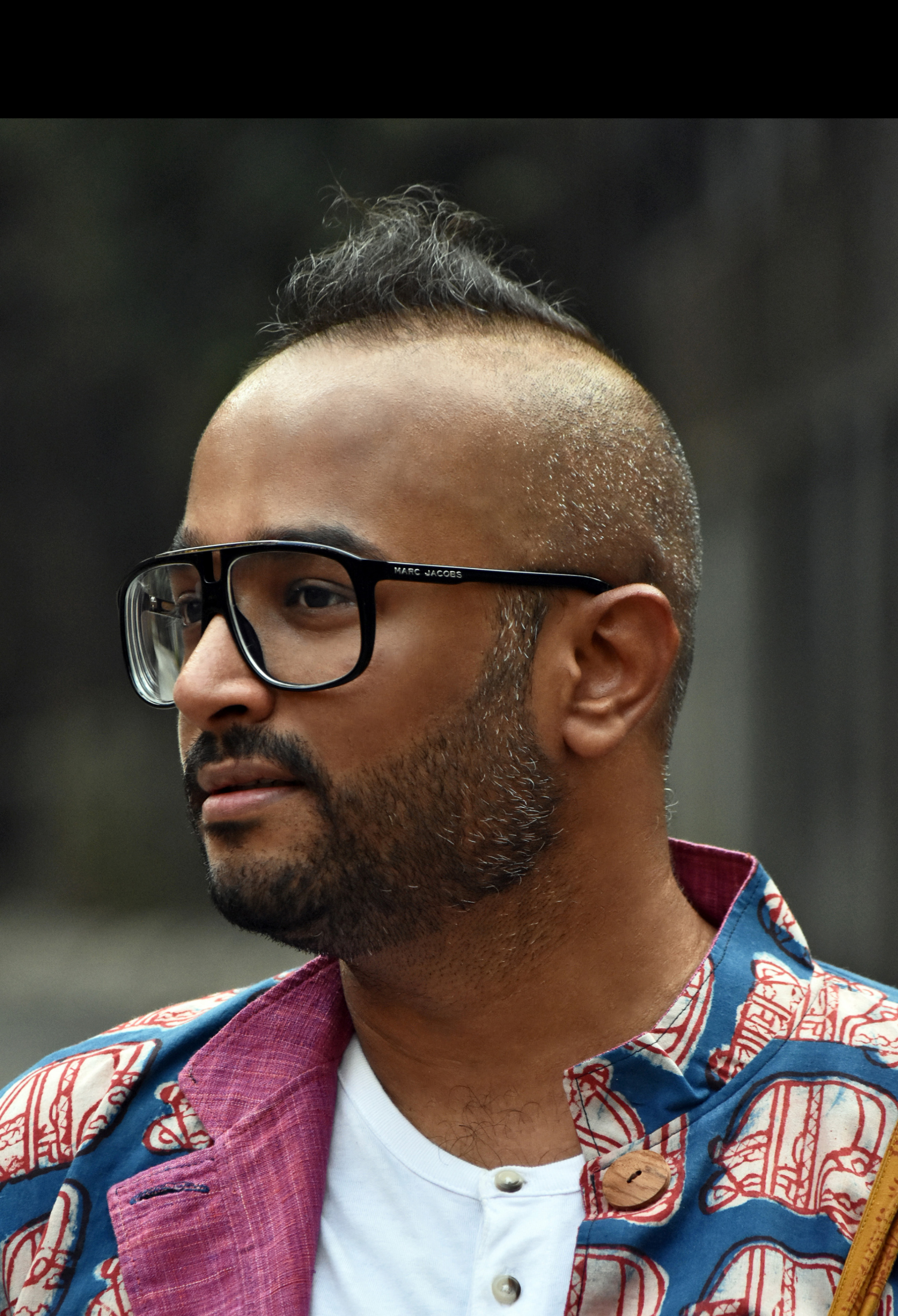 Acclaimed as India’s first Silent LGBTQ film, Sisak, by filmmaker Faraz Arif Ansari, is a love story about two men who travel in the same Mumbai local train every day. Director Faraz Arif Ansari’s film is receiving accolades and awards for his work. Psychomilk was fortunate to be able sit down with Dir. Ansari for a talk about his film, life, and plans for the future.

The decision to come back to India was a very crucial point in my life, not just personally but also professionally. I remember sitting in my New York apartment and reading an article about two young Indian girls being brutally murdered by their own families and thrown inside the sewers to rot. That really shook me up and became instrumental in my decision to move back to India. I felt that as a filmmaker, I could use cinema as a tool to bring in a much-needed change, open dialogues about queer identities in mainstream media and cinema and also, use my own experiences in contributing to creating a more inclusive society.

Yes, I was very clear about what I wanted to do professionally. Over the years, it has been a lot of hard work, a lot of effort in making these dreams come true, and to also find the right partners and support systems to align with my vision and help me bring these stories to life. Film-making is a team effort. It takes many souls who share the same experiences to join hands in creating something that is not just entertaining but will also bring in a much-needed change in our world by opening important dialogues.

When I made Sisak, I made it because I believed in the film and hoped that it would not just open dialogues outside the queer communities but will also hopefully help queer folks in their own personal journeys. Sisak won 59 international awards — a milestone for Indian cinema set by a silent, queer film. Along with these awards, many queer folks found hope and courage to come out to their families after watching the film. Imagine — a 16-minute film gave someone the courage to come out to their family. That is the power of cinema. That is how you change mindsets. In fact, just last week, someone reached out to my team on Instagram after they came out to their mom just after watching the trailer of Sheer Qorma. Just the trailer has had the power to change someone’s life and their journey. That is how we bring in change – by changing hearts, by giving courage and strength, by letting people know that they are not alone. Cinema has so much more power than we think it does. It’s about time we start using it wisely as a tool of change and look at it not just as a medium used purely for entertainment.

Being different always leads to one standing out in a crowd that wants you to be like everyone else. I’ve had my share of experiences of being bullied – not just in school but also at work when I was asked to keep my sexuality under wraps and not talk about it. In my journey to make mainstream queer cinema, I have lost a few ‘friends’ who chose not to be associated with me because they felt I would be ruining my career by making queer films. I am glad I chose to be honest with myself and my journey as a queer individual. It wasn’t easy, but I am glad I chose to do what I felt was the right thing to do – tell my stories with honesty, dignity, and with courage, no matter what it takes. It isn’t easy, but when you see how fulfilling the whole process is, not just for myself but for other queer individuals and allies, it feels like it has been worth it.

Sisak will always be a very special film. We shot it when section 377 hadn’t been abolished. We shot the entire film on the Bombay local trains without permission. To raise the budget for the film, I had to sell off my car and put my apartment on rent. It all sounds very dramatic, but I am glad I did what I did so that I could make the film and do justice to the story that I had in mind. Every producer that I reached out to felt that Sisak was a terrible idea – it’s a queer film that is also silent?! They told me, “No one wants to watch a queer, silent film. There no sex in it either!” I felt that I had so much to prove to all of them by making a film that is not just honest but is also a socio-political statement on queer lives and queer rights in India. There is so much that I had to say with Sisak, that I chose not to use any words at all. In Sisak’s silence is Sisak’s loudest cry for equal love, and an equal world. Sisak is more than a love story.

Out of the 59 International Awards that Sisak won, none of them were won in India. That does speak volumes about India, doesn’t it? It does feel sad that we never won a single award back home, but I guess it also makes a statement and mirrors the truth of understanding of queer cinema and our acceptance. What was also shocking was to see how certain queer film festivals and sections of the Indian queer communities ignored Sisak. There is a great deal of Islamophobia within the Indian queer community, along with patriarchy, misogyny & transphobia that never gets spoken mentioned. I faced it during Sisak, and now, I face it again with Sheer Qorma.

When I wrote Sheer Qorma, I wrote it with Divya Dutta in mind playing the role of a non-binary person. In a way, Divya’s character in Sheer Qorma is loosely based on me. I was certain that Sheer Qorma needed a powerful cast because the story is so multi-layered, so sublime and so intricately woven exploring womanhood, nationality, sexual and gender identities, and religion. Thankfully, Shabana Ji & Swara agreed to become a part of our journey along with award-winning actor Kalyanee Mulay, poet and story-teller Priya Malik (who is making her big-screen debut with Sheer Qorma) & of course, Jitin Gulati (of ‘Sisak’). Sheer Qorma isn’t just a parent-child story. It explores acceptance and love, as multi-layered, multi-dimensional emotions and journeys. It seeks to gently ask questions about love, about acceptance, about parenthood, about family, about faith, about gender, and above all, about humanity.

Shabana Azmi Ji is a legend. I remember, as a student of cinema, I had made a list of actors I wanted to work with when I was at University. Shabana Ji’s name was in the top three of that list. I have been extremely fortunate to have had the honor of directing Shabana Ji, so early in my career. There is so much learning and unlearning that happened for me, as a filmmaker, during the filming of Sheer Qorma. Not only was it professionally fulfilling but also, personally – at the end of the filming of Sheer Qorma, I was a changed person – more emotionally rich, more sensitive, and understanding with precious learning experiences that have been nothing short of life-changing.

I have always been very particular about my body of work so far, and I hope I continue being so. For me, it is not just the content but also the larger purpose that it would serve that always matters to me. Currently, I am finding the right partner for my feature film, ‘Sabr,’ a mainstream family film about an Indian transgender woman. I am also in the process of writing a new film that will explore queer love through the Sufi lens called ‘Surkh.’

Be patient with yourself. Coming out is a journey. Please don’t push yourself to do it until you feel you are ready. You don’t have to share it with the whole world at the start – start small. Begin with people who you feel will be able to provide you with immediate support and love – something that is very crucial. Remember always to be patient with others too. Some people will need time and love, and that’s okay. Give them the time to find their peace. Remember, coming out is a long journey, both internal and external. Don’t expect miracles but always come from a place of awareness, love, and knowing. It isn’t going to be easy, but in the end, whenever that is, it will be worth it.

The Psycho Milk team is grateful to Dir. Ansari, and his team at Futterwacken Films for taking the time for this interview opportunity.