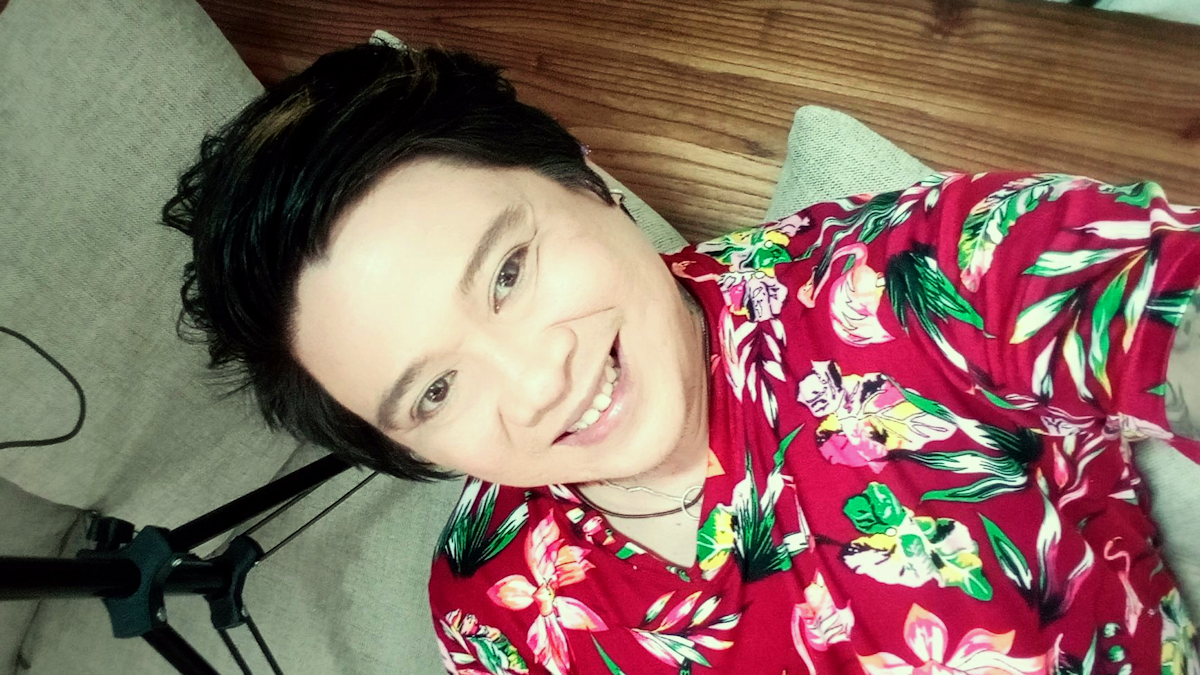 Questions for the Director and Screenwriter Louis Archie Perez

1) What inspired you to launch a BL series? What is the background story behind “Turbulence”

Turbulence was inspired by, believe it or not, a seemingly out of topic conversation when I was chatting with some BL actors who were doing a BL Series at the time. After I initially interviewed them and their director for Psychomilk’s Youtube Channel, we became quite close and we got to talking about our own personal journeys. While Turbulence is entirely a work of fiction and sprung from my own imagination, a lot of these situations are partly true. It’s also the entrepreneurial stepping stone of the two main cast members who are trying to grow their own YouTube channel.

Initially, Turbulence was planned to be a 4-episode miniseries but in the course of writing it, I became attached to the characters who kept on telling me that they had more to say. While the first few episodes will seem like a bunch of cliches and haphazardly thrown-in tropes from other BL’s, having been a fan and a contributor to BL universe long before it was even known in the Philippines, I am very confident that if people just give the story and the characters to unfold in its entirety, they will know that is so much more than what it will be initially packaged as.

2) Louis, would you say you are a major advocate for equality in the LGBTQIA+ community? Please share details of the kind of work you have been involved with.

I would say that yes. I believe in the right to love and the right of anyone to express their own ways of loving. While it is not really common in the Philippines – and I guess I might get a few backlash from this statement – but, the situation of the community in the Philippines is much different that what the international community is trying to “educate” the Filipinos on.

Personally, I don’t even half understand the different letters and colors that go with the LGBTQIA+ community. All I know is that, I believe that everyone has the right to love in their own way and that each of us need to respect how unique each preference is. I grew up thinking I was straight but was always open to different experiences. I do not want to define myself as a letter because that’s not what I want to be. It would be like putting myself in a box where I am deprived of anything else that is beyond the definition that others have created. I love the way I want to love, I desire the way I want and I write characters who feel the same way.

In all honesty, we can’t define the community. But I do have pride in what I am and what others are. If they want to believe or want a label for themselves, then I respect that. That is just not for me.

3) What are the challenges faced by both of you while writing and directing this series?

I have always had stories in my head. As far as I can remember, there have always been characters in my mind with their own tales to tell. Now, that makes me sound schizophrenic, but that’s the process I have always employed to share the stories that I continuously write.

But, mind you, its not easy to sell a story. I have made countless pitches of concepts, stories, and completed screenplays to no avail. Some are still in the works but for someone without a name in the industry, it’s just a hard trek ahead and it takes an enormous amount of patience and perseverance to just keep on trying.

Turbulence is my first. And as you might have guessed from my previous answers, it came as a blessing when I thought there was none forthcoming. Although, the beginning of 2021 has been an enlightened moment for me. Staying with a group of thespians in Manila last December and even spending the New Years with them pushed me to realize that while we need to grab opportunities that knock at our doors, sometimes if they do not come, we just have to yank the door open, step out and start creating our own.

This would be the first time I will be directing a series. I have only done amateur shorts and stage plays. I am absolutely terrified but I am also very excited for everyone to meet these characters that have become all to real for me.

4) How did you cast the actors for their particular roles? Share with us your vision of them.

The inspiration for the main roles were the actors playing them. In fact, they are the producers of the series of their own YouTube Channel. What is interesting though is when the side couple read the Episodic Synopsis of the story, they approached me and asked me that they also wanted their own spin-off to the first Season.

Hence, right after the finale of Turbulence, we will be offering Frenzy the Series. Technically a Season 2 of the Turbulence Series with the side couple now playing the main characters and telling their own side of the story. Co=Produced by BL Haven Media and BBL TV, Frenzy will be shot back to back with Turbulence. So, going back to the gist of your question, the cast were not really chosen, the characters were tailor-made to suit characters that these real life couples could play.

5) Where do you get your inspiration from? Any particular Filmmaker, Actor, Artist or Writer, with whom you look up?

None really. While certain scenes or series have inspired me to write, most of my stories are actually inspired by real experiences that have spawned the creation of these characters in my head. I have a very wild imagination and by giving a voice to these characters, I am expanding my horizons and sharing stories to people who may want to listen.

6) The show is majorly depending on the hype of BL content to bring attention to LGBTQ+ equality, and social causes. What are your possible expectations?

In all truthfulness, I expect to be bashed the first few episodes. I have written for stage and for narrative literature for a long time and the film media have been illusive for me no matter how hard I try. But I am also a huge fan of the soft, fluffy BL genre that was orinally from the Japanese Yaoi-this BL, the one that Thailand is very known for is still unfiltered with what we now call as the Pinoy BL Revolution where people, especially the Western ones, expect to use the genre as a way to deliver issues and resolutions to social problems that are varied in terms of its effect in different regions unfortunately.

All I am asking is a chance to be heard. Hear us out, let our story take its course. Some may not like it, some may follow it. But what I want to really say is that this story was written from the heart and will have its own heart. You will just need to have the patience to find it.

7) What is the kind of feedback that you have received so far from friends and peers?

Very interesting question but I also have a very interesting reply to this; one that only proves my theory that there is a very big divide in the way people view BL series. While most of my Filipino friends said that they needed less dialogue and more visual storytelling, my other friends wanted to hear more of what the characters needed to say. Another very obvious aspect is the audience. I wanted Turbulence to be a tribute to the classic BLs, those that were written by women for women. But with the changing landscape of the genre, more Filipinos want issues, social impact and politically correct terminologies. Well, maybe there are merits to both sides of the coin. I still write this as a tribute to original BL series with a dab of issues thrown in. For me, while blurring the lines between BL and the LGBTQIA+ is important, there should always be something, even as thin and fragile as a bubble that should separate the two otherwise, we only have queer media rather than the BL that we have grown to love.

8) Any movie or drama that inspired you? Tell us more about the kind of movies you prefer watching.

Obviously, I am a very big fan of Thai BLs; the fluffy, soft kind that melt your heart like butter. Specifically, I loved SOTUS but not SOTUS S, Love By Chance but not LBC 2, He’s Coming to Me and Until We Meet Again. Currently, I am loving Lovely Writer. But seriously, my hidden but not so hidden anymore is to read and write.

Acting I something I wanted when I was younger. LOL. Now, all I want to do is write. Tell my stories and introduce you to the characters that constantly whisper their tales inside my ears.

9) Any message for the International community? What should they expect from “Turbulence the Series”

Well, I really don’t know what to say but to invite everyone to watch out for Turbulence the Series starring the Philippines’ first real life couple, Kennedy Nakar and Paul Cervantes. Also watch out for Frenzy the Series which will be out a few weeks of the Turbulence’s finale. Thank you so much for the support and hope you all love this small offering

We’d like to thank Louis (BL Haven) for taking time out of his shoot to talk with us. We are eagerly anticipating this series. Stay tuned for more exclusive behind the scenes details that will only be featured on our website! Louis, we are excited to be a part of your journey into filmmaking. We will be sending your encouragement along the way. Congratulations!!!!