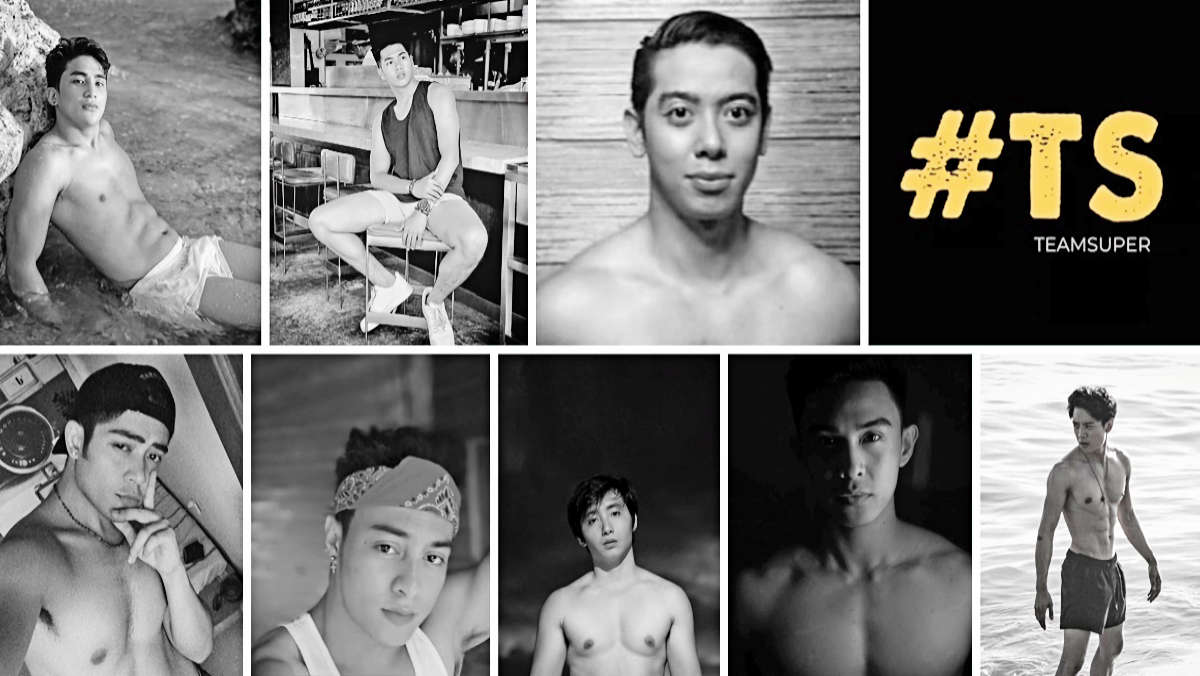 Since it first started in May 2020, the Pinoy BL series crop has become one of the viewers’ favorites as it gives us a different flavor and unique watching experience. With nearly 50 titles produced in 2020, the Pinoy BL Industry has given us various stories that we can freely choose based on our preferences. Moreover, it also gave us a proper representation of the LGBTQ+ community. Well, maybe not all series, but most of them have excelled in this area.And for those reasons, we can say that the Pinoy BL series was created not only for entertainment purposes but also to bring more awareness of the community itself.

Talking about BL series wouldn’t feel complete without discussing the actors who play an essential role in delivering the series’s message. An attractive appearance will surely attract more viewers, but that isn’t enough. A good attitude and sufficient knowledge about the community are two things that will bring them far in their career as BL actors. Bearing that in mind, the boys from #TEAMSUPER started to penetrate the Pinoy BL industry with their appearance in various series, such as #InfluencersTheSeries, Happenstance, Cheat the Series, and they are ready to dominate the Pinoy BL industry. But, who are they, and what’s their main reason to join the BL bandwagon? Let’s find out as PsychoMilk talks to #TEAMSUPER!

Up-Close And Personal With #Teamsuper

#TEAMSUPER started over two years ago with a group of young, equally minded people who decided to team up and share their social media activities.They all come from different life paths; there are student-athletes, fresh college graduates, social media influencers, dancers, and musicians. As the forging of their friendship and brotherhood started to grow, the synergy between friends turned into an initiative to create management to support each other in their careers. For example, Shu Challeja (actor of Happenstance), one of the founding members, always shows his support for the other members by reposting their posts on social media that has gained many followers.

The groups’ activities like hanging out together and traveling became instant hits on Shu Challeja’s Instagram. Some of the videos are getting almost half a million views on his IGTV. And by the end of the first year, the group has been actively engaged on IG and other social media platforms. That is when they get collaboration invitations from several photographers and clothing brands. But what’s good about the team is when one gets a good project, he would usually ask the brands or the producers to also check his other teammates for consideration. The mantra that the boys believe is “The fastest way to succeed is by helping other people succeed.” They still adhere to this belief and are very generous when it comes to helping others get projects and possible work.

Q: How many members does #TeamSuper have?

They are divided into two groups. The core members are the official members and have been with #TEAMSUPER for more than a year. And the trainee members are relatively new and are still undergoing some training on how to be prominent social media influencers and brand ambassadors. We divided them into five teams from each group, consisting of two core members as the leaders and 6-8 member trainees.

Q: How do you handle the recruitment process of the team member? Are there any special requirements or maybe an audition to be part of the team?

The recruitment is usually very informal, where most cases are referrals from the existing members. There are also cases where we accidentally see them on social media, and we see their potential, so we approach them. Again, it’s not about the looks or the number of followers. We love to help them grow and transform them into a better version of themselves to inspire others as well.

Q: Some of #TEAMSUPER members are part of several Pinoy BL Series. What’s the main reason for joining the bandwagon of the Pinoy BL industry themselves?

Actually, we have been asked for the longest time to send our members for auditions. However, we feel we are not ready yet. We wanted the members to be fully aware of the community that they will represent. They need to be SOGIE oriented, so when the production companies promised us that the members would be trained, we started checking who would be interested in an audition amongst our group. Moreover, we are very selective with the script and story content. We have been blessed that all the BL series assigned to them were groundbreaking in terms of content.

For example, Cheat the Series is directed by a BAFTA Awarded director and played on the supernatural suspense genre, which we think is the first in Pinoy BL industry history. As for Happenstance, the series was written by the great Jerry Gracio and directed by Direk Adolfo Alix, which tells the story involving the past and the present. #InfluencersTheSeries is close to home as it tells us about the love story of social media influencers and how cancel-culture and cyberbullying affects the young generation today. The production behind #InfluencersTheSeries is young, but they have already done great work. Their previous work, Chasing Sunsets, the Series, also became the sole Philippines nominee for best LGBTQIA content at the Content Asia Awards.

We are super thankful to all these production companies who have entrusted their material to our members. We are very inspired to do well and will be forever grateful for the opportunities.

Q: What kind of message that all of you want to convey by joining the Pinoy BL trend?

We think one quote from the American poet Abherjani can summarize our message. He says, “Love is our most unifying and empowering common spiritual denominator.” So, love is unifying and empowering. We hope that by being part of the growing BL community and helping to tell their stories, we can show everyone that love is simply love in whatever form. Love is Universal.

Psychomilk Talks To Some Of The Members

PsychoMilk talks to three members of #TEAMSUPER about their experiences acting in a Pinoy BL series, as well as their thoughts about being representatives of the LGBTQ+ community. Shu Challeja, who portrays Luis in GagaOOLala’s original series Happenstance, Chollo Sotiangco, plays Ram Agoncillo in Camp Avenue Studio’s #InfluencersTheSeries, and his fellow co-star Kevin Martinez who portrays Max Pope in the same series.

Q: Why did you agree to join BL projects?

Shu Challeja (@shucalleja): They challenge me, and I want to improve my acting. After doing a short film with Kokoy De Santos and Elijah Canlas with Direk Petersen Vargas, I thought this could be the right follow up project.

Kevin Martinez (@martinezmindz): I find it important to explore all aspects of my career. Through these opportunities, I can better understand myself and the nature of the work. I’ve never embarked on a project like this, so I saw it as a blessed event.

Chollo Sotiangco (@sotiangcochollo): I’ve always loved adventures. Since an opportunity came along, I immediately said yes. I thought maybe it wouldn’t be bad, and I was totally right about it.

Q: What does it mean to represent the LGBTQ+ community?

Shu Challeja (@shucalleja): I have always been an advocate of the LGBTQIA community as an ally. I’m part of the Red Whistle Project, and I have attended the LGBTQIA pride march; this is another level of support. I want to tell the different stories of our brothers and sisters in the community.

Kevin Martinez (@martinezmindz): Whether we know it or not, there’s no such thing as “fitting in.” We’re all dynamic and diverse. And to belong within a community is key. To represent the LGBTQIA+ community is a great fortune and a great opportunity for our world to become more progressive.

Chollo Sotiangco (@sotiangcochollo): Pinoy BL is very different from the other countries’ BL. Here in the country, BL became a strong representation of the LGBTQIA+ community. Of course, with that kind of expectation from Pinoy BL fans, it’s very important that, as an actor, I open myself to the experiences, advocacy, and ideologies that the LGBTQIA+ community is fighting for. Being in a Pinoy BL means representing the community in the best way possible.

Q: What excites you the most about being part of BL projects?

Shu Challeja (@shucalleja): BL is a huge community. Only now have I talked to many supporters abroad. It is exciting to show them the Filipinos’ stories—no matter where we are, what race, what orientation, the love story is the same.

Kevin Martinez (@martinezmindz): This is a new medium for me, so I have no expectations of where it will lead me. That’s what excites me most.

Chollo Sotiangco (@sotiangcochollo): As a person who’s advocating for many things, representing the LGBTQIA+ community is really what excites me. The community has been a very big part of my life, and I wouldn’t have even reached where I’ve gotten if not for them. So the fact that I’ve accepted an opportunity to give back to them really makes me happy and excited.

Q: Any message for your fans?

Shu Challeja (@shucalleja): I am grateful for the support. Also, thanks to the production team of Happenstance for the opportunity. With my co-actors in this BL Series, I invite you to watch it very soon. Thank you very much.

Kevin Martinez (@martinezmindz): To the fans, thank you for the support and for your positive energy. It means the world to me, to know that I can have a voice to share with you. God bless.

Chollo Sotiangco (@sotiangcochollo): Of course I am very grateful to the people who have been supporting me. Hopefully, I would be able to accept projects that are meaningful and beautiful just like my role in #InfluencersTheSeries.

sycho-milk would like to thank #TEAMSUPER for the time they took with us today. And we would love to invite you all to support #TEAMSUPER and its members, so they can inspire more young generations to achieve their dream.