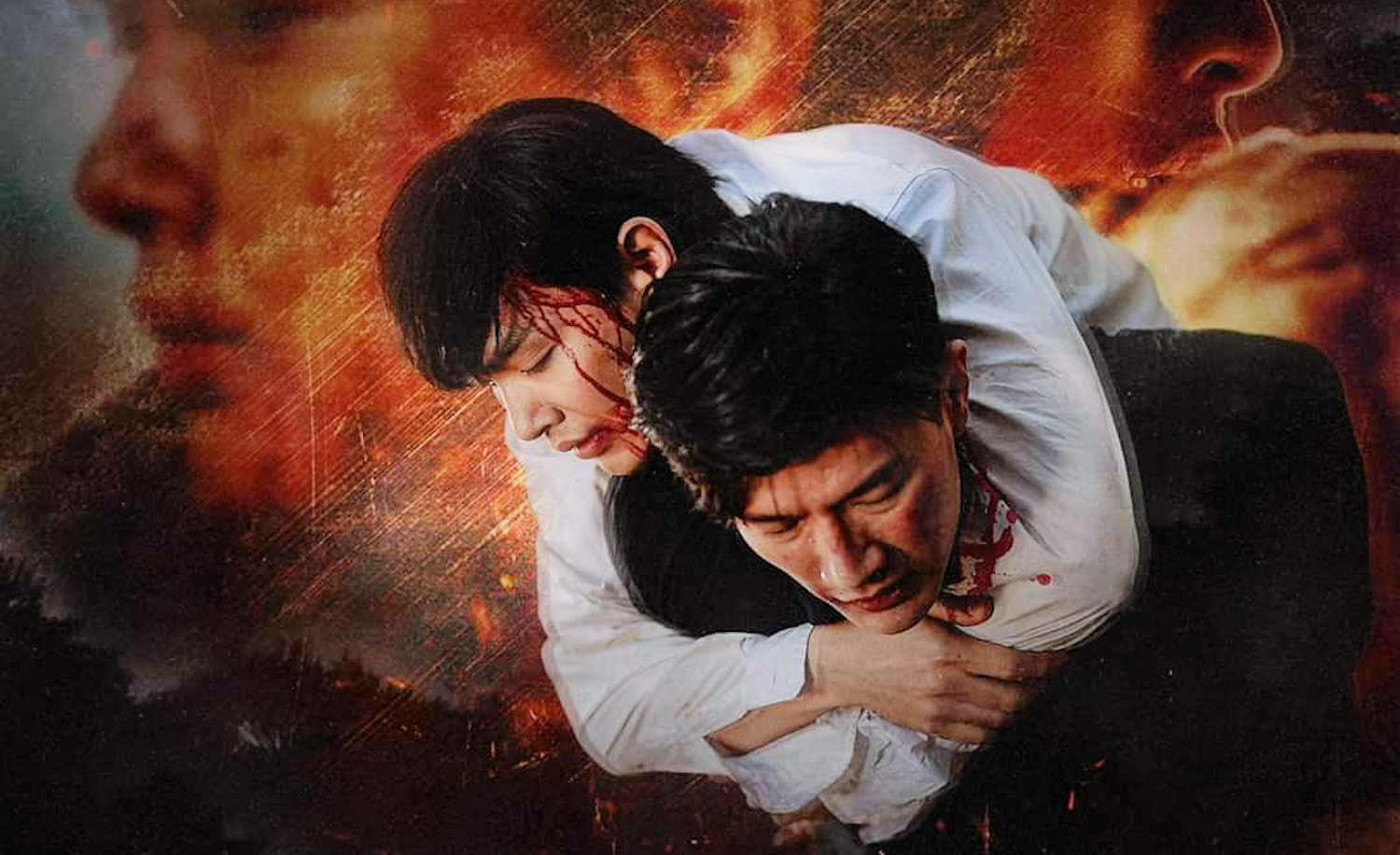 The speed at which the popular Vietnamese BL “Tiến Bromance” is serving us horror with romance leaves me spellbound. The first two episodes gave us a better understanding of our main leads as well as Tai’s one-sided feelings. It rapidly progresses into new territory as Tiến and Tai encounter new problems ensuing from Tiến’s desire to make some quick money. Episode 3 and 4 really shocked me beyond my imagination and left an unyielding impression. Let’s review the latest problems troubling our hapless couple.

After hastily announcing that he would take responsibility for Tai, Tiến brings him home. They seem to get along well, as Tai provides Tiến with a home-cooked meal when he returns from his job. Tiến cautiously approaches the topic of investing in a new venture with their life savings. Although their relationship at this point is set by the plot, they don’t seem to be just “brothers.” Tai is assertive when he expresses his concerns at the risk behind using their savings. However, he finally succumbs to the intense pressure from Tiến, and he finally gives in to Tiến’s repeated pleas.

Unfortunately, Tiến and Tai are caught unawares when the ‘businessman’ Tiến had such high hopes for, turns out to be a human trafficker, who then drugs him, and separates him from Tai. When Tiến regains consciousness, he realizes the situation and is petrified thinking about what has happened to Tai. In the ensuing fight with the goons, he somehow manages to gain the upper hand.

When we next see Tai, he tries to escape from the traffickers. However, he is no match for their speed and gets badly beaten by the boss. For some reason, this guy seems to hold a grudge against Tai as he ruthlessly pummels Tai leaving him severely injured. Tiến hides in one of the cars and reaches the other hideout. Another high-intensity fight ensues, but Tiến manages to get away from the goons. As he searches for Tai, he finds him lying on the ground half-dead. Tiến is despondent as Tai doesn’t respond. After Tiến repeatedly attempting to rouse him, Tiến cries in relief Tai when finally regains consciousness. Tiến gives Tai his Christmas Gift, and the episode ends as they kiss passionately.

Episode 4 is essentially a race between life and death, as Tiến and Tai are on the run from the traffickers in the forest. Again after some heavy-duty fight scenes, Tiến piggybacks a badly injured Tai. (One thing I love about this show is the stunning cinematography. I have no idea where this episode was shot, but you actually appreciate being so close to nature.) Night falls, and Tui breaks down, crying holding an ear of corn he is eating. Tiến tries to stay strong and be a shoulder for Tui to lean on but eventually breaks down himself. Tui holds him while he cries, and I cried too. It’s such a human depiction of an emotional release from these two actors. However, their respite, like everything in this show so far, is short-lived as the baddies descend on them once again.

As they run for their life for the umpteenth time, you find yourself exhausted. Problems never cease to exist when it comes to our main couple. They end up taking refuge at a cottage, where the owner Phuong helps them hide from the traffickers. But somehow the traffickers figure out their location. Phuong and Tiến fight with them but the boss kills Phuong. I still wonder why the bad guys are hellbent on killing Tiến. As Tai tries to run away with injured Tiến, the boss accosts them again. In unusual display of strength, Tai strikes the boss but he is no match.

The boss bashes Tien’s head with a stone continously but Tai saves the day by stabbing him with a knife.Somehow the two of them escape and run for their lives. As they’re walking back home, thinking that all problems are resolved, Tiến flirts with Tai. He cautiously asks Tai if he loves him and confesses his feelings to Tai. Just then a car rushes to them in high speed and Tai pushes Tiến out of the way. Tai is hit instead and flung aside. The traffickers boss comes out of the car and Tiến loses his cool. Like seriously, I was aghast. Why do the villains in this show have six or seven lives? Tiến leads him away and the boss gets killed when he accidentally steps into one of the animal traps set in the forest trail. Tiến rushes back to Tai and tries hard to wake him up. Tai does but shockingly enough, the first thing he asks Tiến is “Who are You?”

The scope of the first three episodes is sprawling and planned well. There are no side characters, no filler moments. The budget for this show seems limitless as you see beautiful sets, nature shots, and the level of production and music is amazing. That said, the sound effects for the fight scenes felt cheap and muffled, but only in the third episode. The two characters somehow achieve the impossible to escape the ending scene of Episode 3.
As a fan of romance, I tried to overlook it, but the way the scenes play out, there is no logical way they could have not only escaped that scenes alive but also made it to daylight without being caught. Lazy writing is a big pet peeve for me. So to watch this happening in a show that has up to this point been so good did irk me a lot.

Episode 4 finds the lovers on the run (again) from the baddies through the forest hours later. The scenery is gorgeous; the sound effects and CGI in the episode is amazing. Once again, the depiction of the effects from the last three episodes shines in these characters who, after running and fighting for their lives, finally pause. I like that format so much, you feel as out of breath, as you watch them move from one shocking moment to the next.

Unfortunately in another bout of lazy writing the pair find a brightly lit home in the dark night and somehow aren’t discovered by the bad guys. I literally was scratching my head at this one and that is probably the show’s one downside. In favor of explaining how certain things work out they just barrel forward and you have to hold your disbelief. It’s a lot to ask from a viewer when it happens in every episode. Without spoiling anything the baddies do find our lovers in broad daylight (how did they miss them at night with at least ten fog lights shining?) Tui becomes the MVP of the episode proving no one hurts his “Babe”. Then after another shockingly lazy writing moment, another cliffhanger that had me screaming WTF? WTF? …over and over!

I’m still trying hard to get over the shock that they used the memory loss troupe at such a crucial point. Keep watching this space for further updates, because I’m sure there are more shocking things about to happen in the upcoming episodes.