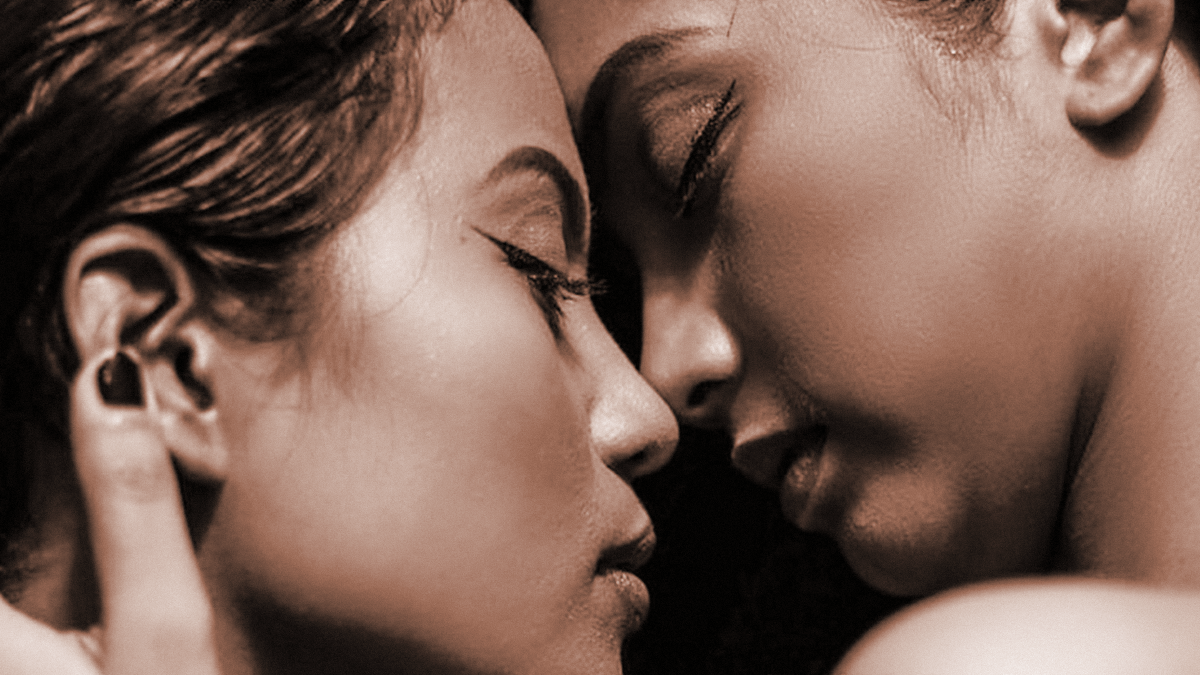 Psychomilk Talks with the Director and the Screenwriter of “Chasing Sunsets”

1) What inspired you to launch a GL series? What is the background story behind “ChasingSunsets the Series?”

Renz: As a queer person myself, I think BL series are already doing its job to represent gay and bisexual men in the community. Growing up with my butch lesbian aunt, I decided to pay tribute to another element of the community. Gay and lesbians have their own difficulties in the process of ‘coming out’ and, at the same time, being respected in the community. So, that is what motivates me also to show the community the hardship of our lives. Narrating their story is a critical matter, but I believe this will help them be understood a lot more.

The story behind Chasing Sunsets a Queer Series is more than just a love story. It serves to broaden the scope in the journey of love and does it in a much better way. We want to create a love story of a girl to girl relationship that goes beyond kilig (the feeling of excitement due to various romantic situations such as making first eye contact with one’s crush or watching another person propose to someone) which is the common factor in these kinds of stories. We want to show that even in a homosexual relationship, being a trusted person is also a factor in love stories. Connection with a person extends from attraction to commitment because love has its own unique forms. Love knows no gender, so whenever people think loving the same gender is impossible, this series proves that there is no ‘standard’ to adhere to when it comes to love.

Stephanie: We have been holding a yearly tribute to the LGBTQ+ community, and we see how the popularity of BL series continues to rise in the digital world. Our goal was to match that popularity with a GL series for the purpose of lending also a voice to other elements of the LGBTQ+ coterie. I have been aware of some lesbian films produced locally, and we wanted to lift up and add to those kinds of films, and to make a more audible voice for this community within a community. Just like in BL series, we also want to attempt to normalize the girl to girl relationships here in the Philippines and try to eradicate the stereotypes and stigmas covering these orientations.

2) Mr. Renz-Bhil Tugelida and Ms. Stephanie-Rose Quiros, both of you are major advocates for equality in the LGBTQ+ community, and awareness for mental health and HIV patients. Please share details of the kind of work for which you have been involved.

Renz: I’ve been giving yearly tributes for the LGBTQ+ community. One of the events that I catered was one to promote HIV testing in our area. I usually partner with different entertainment entities and produce music-fests, drag shows, and other celebrations that are all about our community.

Last year, when I still had my Studio 22, I launched “Open Up,” a mental health awareness seminar attended by two groups of people. This event eventually became the platform for my speakers to educate the audience, and also for the audience to share their stories as well. This year, I launched “You Got This by Camp Avenue,” a Facebook page that is full of poems and positive thoughts written by Stephanie. I dedicate this page to all the people who are currently in lockdown and, of course, undergoing anxious moments at home as well.

Stephanie: I have been part of the events Renz produces for Pride every year.  In one event, we partnered with a local group and held an HIV testing event. When it comes to Mental Health awareness, just last year, I participated with Studio 22, and we launched the seminar “Open Up,” a discussion led by different speakers, including Renz, and Vergel. This year, we also launched the “You Got This” by Camp Avenue. I’ve also been the primary author of the published poems and inspirational thoughts that can be read on Renz’s Facebook page.

3) What are the challenges faced by both of you while writing and directing this series?

Renz: It is difficult to fully realize the character Lara’s head that contains the mess of a clinically diagnosed case of depression, adding on top of that, the confusion of sexual orientation. So, bearing in mind that homosexuality was once categorized as a negative mental condition, I really tried to show the difference between a person with a mental health condition as compared to a person who is just confused about her sexual orientation.

Stephanie: It has always been a challenge if your primary goal is to represent these kinds of people correctly. The script alone is really being scrutinized, especially with the character Lara as she represents a person with a mental health condition. In today’s world of being politically correct, we must be aware of the delivery of her lines but also her actions, and her entire persona.

4) How did you cast Aura Dominique and Donna Erno for their particular roles? Share with us your vision about Lara and Farrah?

Renz: Well, Aura was already our actor in our CNN Digital Reel Filipina Entry, and that’s when I saw the potential in her. Donna, on the other hand, has already been one of our best supporters of Camp Avenue since way in back 2017. I envisioned Lara and Farrah as an inspiration, a beacon of hope, and a steward of goodness to all our viewers.

Stephanie: I see Lara and Farrah as a sign of encouragement to people who experience mental health conditions and undergoing a sexual orientation crisis, doubly-jeopardized people, and still people who stand up for themselves even if trouble overwhelms them.

5) From where do you get your inspiration? Any particular Filmmaker, Actor, Artist, or Writer, whom you look up to?

Stephanie: Before I wrote the draft of this series, we have been watching a lot of films and series locally and produced internationally. But the best local film that we really had a big reaction to was Insiang by Lino Bocka. From the international scene, there were two series by Ryan Murphy, “Pose” and “Hollywood.” The representations of social issues in these three films and series really ignited the passions in our hearts as filmmakers to act responsibly with what we produce. Personally, I prefer watching films and series that have a lot to say and give a call to action for certain social issues.

6) The show is majorly depending on the hype of BL content to bring attention to LGBTQ+ equality, social causes as well as single parent misrepresentation. What are your reasonable expectations?

Renz: I expect that among the light plots of the BL series right now, they also bring attention to ours as it will bring them back to their reality. I believe LGBTQ+ issues are as real as other social issues, so it is just right and just to also talk about these kinds of issues. As a filmmaker, I have the responsibility to deliver a whole package for the people to not only enjoy a series but will also motivate them to do something about it. That is the main goal of this series.  After watching this series, what will you do now?

Stephanie: As filmmakers, we not only create content for entertainment. These films, series, and other digital contents are also an effective communications medium directly to the audience. In these trying times, there are a lot of socio-political adversaries like Internet troll-farms that are having an undue influence on people. At some point, when we produce digital content for the Internet, we have the responsibility to challenge the critical thinking of these same people to counter this influence. We expect that this series will at least be a call to action for the people facing these kinds of issues.

7) What is the kind of feedback that you have received after the first two episodes were broadcast?

Renz: We’ve been overwhelmed by the many positive critical reviews. They tell us that we achieved our primary goal in having our viewers watch and listen to every detail making up the story we’re trying to tell. This effort is important because of the great impact of the message we’re trying to convey. Some viewers totally get the thoughts of every object, scene, and even the lines delivered by the actors, and that really makes us happy.

Stephanie: There was a great deal of positive feedback about the story and the actor’s performances. We also heard from several critics about the technical aspects, but we just see those as room for improvement.

8) Any movie or drama that inspired you? Tell us more about the kind of movies you prefer watching?

Renz: I don’t have any specific genre, but I like films that pique my interest and if the film has relevance.

Stephanie: I watched “It’s Okay That’s Love” and “Reply 1988,” and they really inspired me to acknowledge the messages they convey. With genre, I prefer dark humor and the psycho-thriller approach with stories about social issues.

9) Any message for the International community? What should they expect from “Chasing Sunsets the Series?”

Renz and Steph: For the international community, please continue to support us and share our GL series from the Philippines to the world. Always expect that in every episode, you’ll always learn something that will serve as an eye-opener to the issues that we’re trying to tackle. Thank you so much!

We at Psychomilk would like to thank Renz and Stephanie for taking the time to talk with us today!