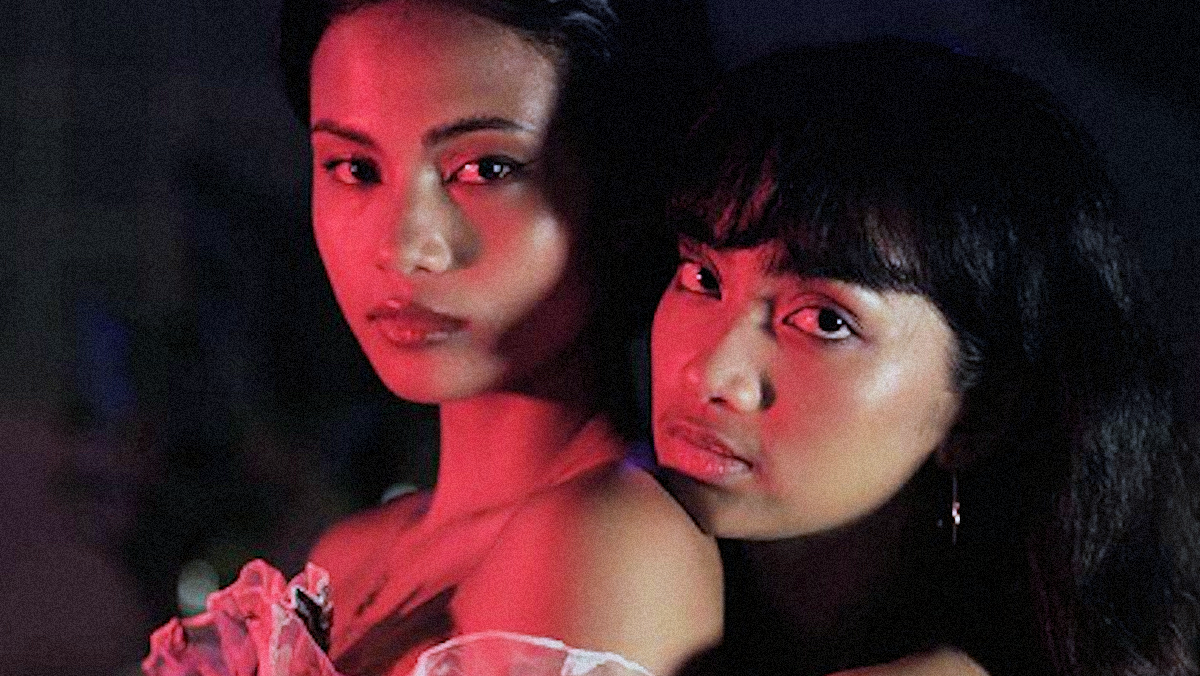 Even the strongest person gets tired. And finally, the time has come for Farrah to put her feelings on pause, to breathe, and let go. Since the very first episode, Farrah has become everyone’s anchor as she is the one who stands strong during the tough times and prevents them from drowning. But she can’t bottle up her emotions any longer, and she breaks down. The fourth episode of Chasing Sunsets the Series, brings us closer to Farrah’s struggle as an independent woman in a world dominated by prejudice and discrimination. Sometimes in life, it is our own expectations that hurt us and lead us to misery.

Lara is lying in agony inside her hut while arguing with Dominic about his existence. She used to firmly believe that Dominic is real and not only an illusion of her past. However, the unexpected confrontation between her, Farrah, and Dominic during the bonfire, started to make her wonder about her own beliefs. Hoping to find the truth, Lara bluntly asks Dominic about his presence in her life. He answers the question with a faint smile and a comforting word that reassures Lara of his being there, yet he never clearly says that he exists.

On the other hand, Farrah is fighting her own battle; she is caught up in a feud with her ex-boyfriend, Rafael. She has repeatedly asked him to return their daughter, Zoe, to her, but Rafael always refuses her request. Feeling frustrated with her situation, Farrah vents her anger towards Cheche, who apparently has failed to deliver on her job as Farrah’s trusted assistant at the campsite. It is King, her best friend, who later on comes to comfort Farrah and free herself from those intrusive thoughts.

The two best friends are now having a heart to heart conversation about life and all the trouble that has been weighing on them for the past few months. From the conversation, Farrah learns that King has broken up with his boyfriend, Baste, as well as struggling with insecurities about his health condition (Baste is tested positive for HIV, and he might’ve transmitted the virus to King). Being a supportive friend, Farrah encourages King to get himself tested. He can then confirm his health status and eventually get some peace of mind. Farrah also states clearly that she will always be there for him regardless of his test result, again reminding King once more that he is not alone in fighting this battle.

The story ends with another cliffhanger where Farrah is no longer interested in living in Lara’s imaginary world. She has had enough of the idea that Dominic is alive. All that she can see is an empty space between her and Lara, the wide distance between reality and illusion. And for once, Farrah is tired of always having to be the second option.

I can’t do this anymore, Lara. It’s just the two of us here. Dominic is not here. Lara, listen to me. I want you to feel the warmth of my palms. This is real. I love you, Lara

Farrah’s storyline in the fourth episode of Chasing Sunsets the Series reminds me of my own past experience where being strong seems like the only viable option to living life. Watching Farrah’s sudden outburst of anger left me in tears; it feels too real for me as if I see myself. Through her character, viewers can see the frustration of someone who always neglects her own emotions for the sake of others. At the same time, it also illustrates the misconception that being a strong independent woman makes many people feel that individual should never show any weakness. Well, it’s an old fairy tale that needs to be retold from a different perspective. This series has succeeded in doing so by showing Farrah’s resilient behaviors because the true meaning of being strong is to bounce back from the adversity in our lives.

What I also like from this episode is the portrayal of King’s character. Throughout the episode, we can see the contrasting persona of King, where he is portrayed as someone who always radiates happiness but at the same time conceals deep emotional pain. His interaction with Farrah gives a different portrayal of masculinity, which means that a man no longer has to mask his emotions in all situations. The scene where King cries in Farrah’s embrace sends a powerful message to viewers that being vulnerable doesn’t make you less of a man. And just like love, tears know no gender.