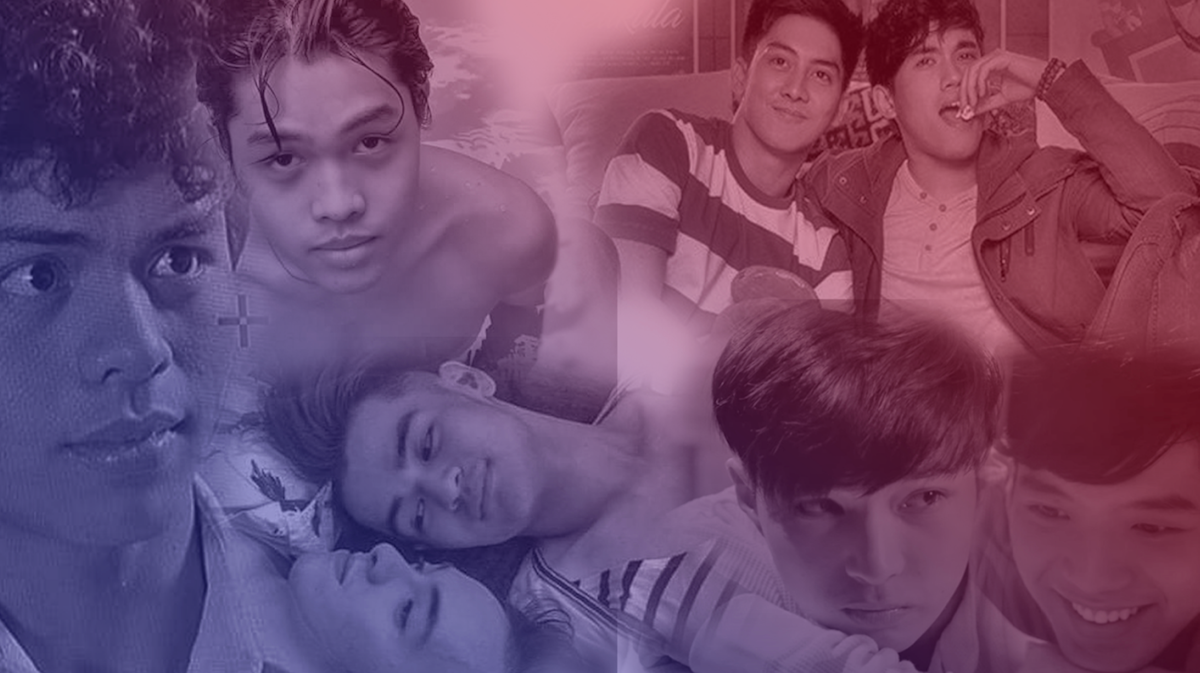 It has been five months since the first Boys Love series from the Philippines took the world by storm. In retrospect, it was a step into the unknown; a stealth testing of the waters to see if there was an audience for these types of stories in a country that is known to be tightly locked into religion and morals taught to us by 300 years of Spanish imperialism and colonization.

As we all know by now, that silent step did not go unnoticed –by local audiences, producers, or the international fans. Like hungry birds of prey, the fans descended and joined what we now call the Pinoy BL Revolution. Gameboys set such an impossibly high bar through its innovative storytelling, contemporary storyline, and a collectively impressive ensemble acting that the Filipino BLs began to change the Boys Love genre – at least in the Philippines and in the eyes of the foreign reactors. The genre born in Japan and grew in Southeast Asia countries, most notably in Thailand, has been drizzled with Pinoy flavor, and a merging of the fluffy BL and the hardcore social issues in LGBTQ+ media was introduced to a most welcoming audience.

Yes, there have been reactions from the diehard fans of the Boys Love genre. Those loyal to the genre with all its tropes and fantasies and frequently problematic themes have reacted. But then, with each passing episode and as more and more Pinoy BLs are introduced into the exciting fray, people have begun to notice and have given more and more attention to the stories that the Filipino filmmakers are continuing to dish out week after week.

Stories of the pandemic, tales that question even religion, and ones that showcase the bonds of friendships continue to ensnare more and more BL fans; even straight men and women have become fans as these relationships are normalized in HD, with multiple language subs and with production houses reaching out to both fans and reactors alike that never in the history of BL has a country mobilized these individuals from across the continents to interact, collaborate and add their own two cents worth of ideas into a growing and changing genre.

I could not keep up with the titles that has since started their pilot episodes and have ended their runs. But a number keeps on resonating in my mind with the sheer brilliance of the niche that they carved in the Pinoy BL Revolution. Other than the trailblazing Gameboys, notable series are Hello Stranger, now part of New York ImageOut Rochester LGBT Film Festival 2020, In Between the Series, the currently playing Quaranthings, and the inter-active Kumusta Bro. Not to be biased about it, but these five series have set standards that will soon be copied, remade, revised, and emulated.

Of course, I have such high regards for the Thai BLs that continue to entertain and bring us eye candies and a whole range of stories. That is something that can never be taken out of a true BL fan’s perspective; there is no question about it. For sure, the Thais have paved the way for what the Filipinos are enjoying now. Needless to say, it was from the love of the Thai BLs that the Pinoy BL Revolution has sprung like digital mushrooms – rapid, numerous, and surprisingly good.

Although yes, I may say, there have been a lot of mishaps in the earlier attempts of some; too ambitious take on tropes and issues that for me were not something that I would have ventured into – but, who am I to say that with conviction, being just an ordinary fan trying my hardest to make something of myself in this emerging industry. But having researched and studied all the best features of Thai BLs and even that of Japanese Yaoi Animes that feature Boys Love, I cannot help but cringe on some aspects that would just not gel together. Yes, I believe in the research process before the venture on BL as a genre. I have been very vocal on my stand that there is a difference between BL as a fluffy, feel-good, escapist medium, and that of the angst and issue ridden Gay or LGBTQ media that some confuse as BL.

Well yes, these are boys or men falling in love with a person of the same gender but that in itself does not mean its gay media. There has to be a certain magic and feel to it that makes it BL. With that in case, there have been successes, and well, there have been learnings.

I am not saying that the rest of the Pinoy BL series that have been shown since and ended was not well-made. On the contrary, all have given their brand of flavor into the mix. It’s only barely been half a year and who knows what the genre will be in a year or two. What I am sure about though is, Pinoy BLs are emerging to be ones to look forward to.

There are two recently introduced Pinoy BL series that were added into our ever-growing list; one that will forever be known in history as the first Filipino made BL ever to be shown on free television and one that is written by one of the country’s young brilliant minds. And as much as I have anticipated these two, I was not prepared to what these series have added to the table.

Gaya sa Pelikula (Like in the Movies) is written by Juan Miguel Severo and stars Ian Pangilinan and Paolo Pangilinan. The series is produced by a team of artistic individuals equally represented by and mostly for the LGBTQ community. Produced by Globe Studios, Gaya sa Pelikula has been increasingly hyped since Severo, the well-known spoken-word poet, tweeted about it months and months before. Days after this successful pitch, chapters of the script draft appeared on the writer’s Wattpad page, and I gobbled each of the chapters like nuggets, imagining sequences, and painting pictures inside my head. But I stopped reading when casting was done, preferring to endure the wait, and as the first episode was released, I can’t help but feel giddy and fluffy but proud at the same time. I first noticed Mr. Severo, who goes by the Twitter handle @RainBro on the Twitter app when I saw him in a television series reading one of his many spoken-word poets with such power that I viscerally felt what he was reading. I bought several of his poetry books and have been in love with his works for a long time. It’s also fulfilling to know that he was inspired to write Gaya Sa Pelikula after his fascination with GMMtv’s 2gether the Series (Now available on IwantTFC, a Filipino Video Streaming platform.) All of these events were just too much of a temptation for me not to be excited about the project. After two episodes, I am seriously in love with the story, the treatment, and not to mention the sheer talent that goes into each of these episodes. I did nothing to help this project in any way, but because of the sheer glee that I felt in the representation that this series would bring. Yes, I am valid! Gaya sa Pelikula airs every Friday at 8:00 PM, Philippine time on the official YouTube channel of Globe Studios.

On its heels is the release of My Extraordinary from Asterisk Digital Entertainment. Now, probably one of the most well-prepared of the upcoming series, My Extraordinary stars Enzo Santiago and Darwin Yu. As the first-ever BL is shown on mainstream TV, this show gives off a definite Thai-like vibe. I cannot help but remember scenes from the BL staples, Love By Chance, Why RU, UWMA, and He’s Coming to Me from the various shots and dialogues. Well, probably even the characterization. Maybe it’s because these actors were partially trained by Studio Wabi Sabi and a GMMtv acting coach? Or maybe it’s just the influence of the greats that are also making this newbie an event to look forward to. The story is fluffy and light, like a well-beaten omelet but with all the fillings that will force you to gasp and wait for the next morsel. Here is a perfect blend of the Boys Love genre as it was created, infused with a taste of Filipino culture and nuances. Even the direction and humor combine what I can only call a merging of Thailand’s best with the distinct flavor that the Filipino filmmakers are introducing.

Kudos to both these two newcomers for superb storylines, tight direction, stunning cinematography, and a musical scoring resonates from the best that original Philippine music can deliver. And while these are fairly new actors, they are soon to be well-known names in an industry about to be changed by the Boys Love genre. More and more series are coming as well. Another new series is “Lakan the Series” that will bring to the forefront the lore and mythology of indigenous Filipino culture before the Spanish invasion. The show will feature a  real-life couple as the main leads, John Kenneth Nakar and Paul Cervantes. “Lakan the Series”  is a tale of childhood friends reunited in BenXJim with Teejay Marquez and Jerome Ponce under one of the Philippines’ oldest and biggest production companies, Regal Films.  Last but not least, the much-awaited Gameboys alum project, Kokoy de Santos with openly bisexual hunk, Alexander McDermott Diaz in Oh, Mando for IWant.

Do you know what grabbed me the most? It’s a voice that has been resonating in my head since I first heard a line that I have been whispering to myself every time I see gorgeous eyes hidden behind face masks. It’s from a teaser of a trailer of another upcoming series, Boys’ Lockdown from Ticket2Me. Who knew a 7-seconds teaser would trend that fast on Twitter? Well, blame it on Ali King’s frantic panic eye movements and Alec Kevin’s shiver-inducing voice saying, “…I really wanna see your face now.” The release of the 3-minute official trailer did not help at all. Everyone is ecstatic about the new shows that the Philippines have been producing and are still producing as each day comes. Who knew a tiny-dick mask would trend, and an ASMR Challenge will catch like wildfire?

To that, I say, I really, really wanna see you both now. And to the rest of the members of the Pinoy BL Revolution, we are just getting started! <3