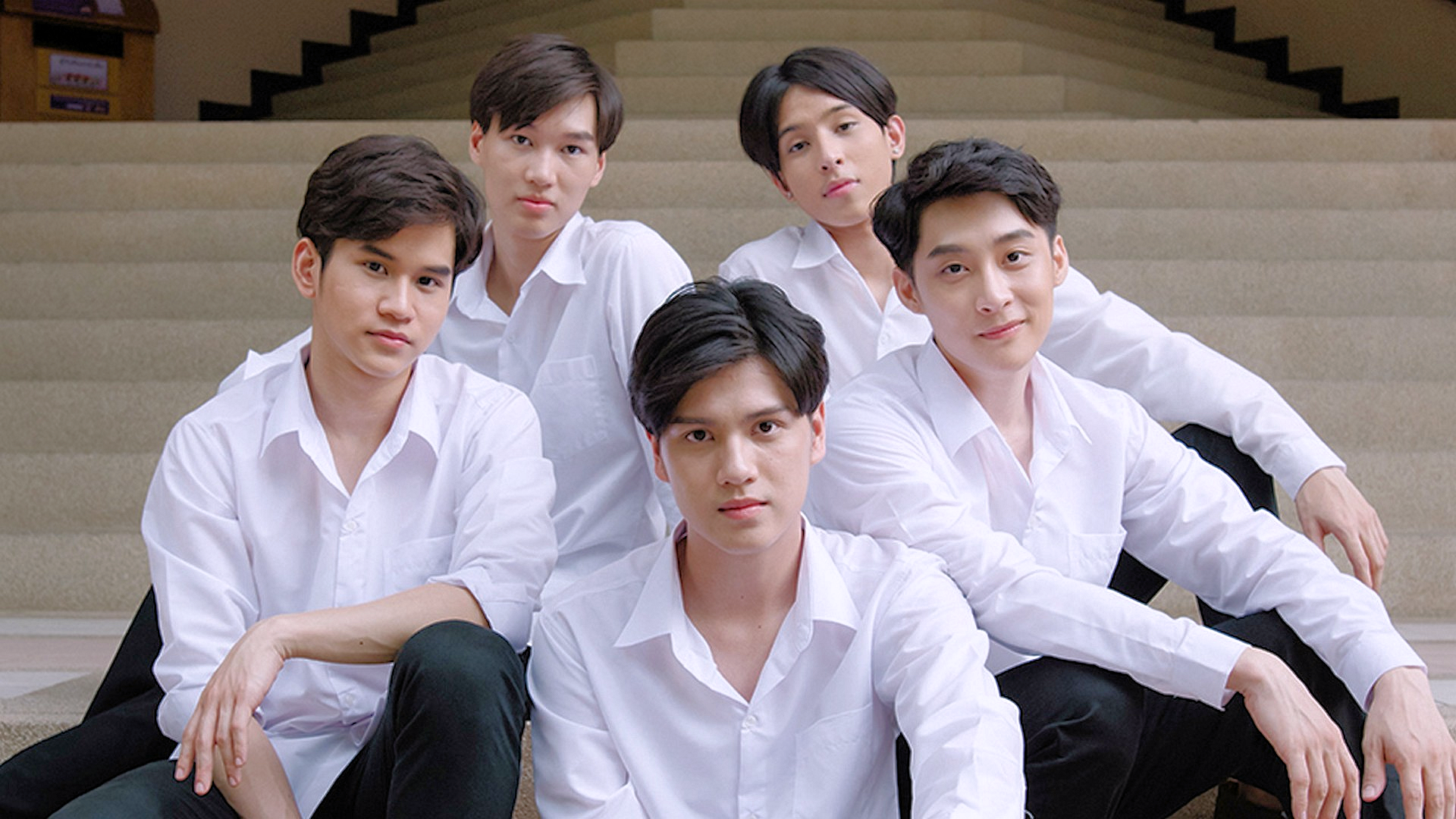 Meet Dr. Pai, a smart medical student, former head of the school’s academic club. He doesn’t have confidence in his facial appearance, and lastly, he doesn’t believe in LOVE. Now meet Itt, a handsome engineering student and the former head of the sports club. No matter what happens, my gear only matches your gown.

Pilot episodes are never perfect, but most of them do give the viewers a reason to return for the next episode. Frankly, for My Gear and Your Gown, the only reason many viewers looked forward to the second episode was the second pairing of Pure and Waan (Played by Fiat and JJ). In my review of the first episode, I said I was a little hopeful for this series to pick up in terms of story in future episodes. I am still a little interested in seeing what happened between the two lead characters between the time at school and joining college. That opening scene was a decent hook, and it is the sole reason I am following this show low-key.  Along with the story/writing, the series also needs its lead actors to act better. Episodes 2 and 3 gave us a lot in terms of story, and it was a little less distracting to watch Itt and Pai in most of the scenes. But considering the length of the series, it is still weird that I’m not invested in the show even when we are already past the quarter mark.

Episode 1 ended with Waan and Pure getting into trouble with school authorities, and their parents are called to deal with them. Waan notices Pure’s parents scolding him and warning him against getting another complaint, so he uses this opportunity to take revenge and tells them about Pure’s actions earlier in the club room. Later, when he overhears Pure and Itt discussing his family’s situation, he suddenly changes his mind and saves Pure, helping him keep his position in the sports team. This marks the start of a friendship between the two; somehow, it seems they care about each other now. After watching their scenes, I kind of agree with a comment I read that these two should have been the leads of this show because they act like it. JJ and Fiat are the only actors who seem to know their role and deliver the appropriate expressions. Their smirks, the hesitant smiles, and then the suddenly judgmental looks are done perfectly.

On the other front, Itt and Pai are almost blackmailed into studying together to help Itt clear the college entrance exam. As they spend time together, Pai learns more about Itt’s family.  After knowing Itt’s situation, anyone would have some sympathy, not to forget that Pai is already in love with Itt, so he uses this opportunity to know Itt better and to be friends with him. Itt comes across as a kind, caring person, so why did we have that angry young man scenes in Episode 1? That is not consistent writing for this character so far. Pai’s interaction with his parents does not come across as natural either. From one of the scenes, I felt that they are not as opposed to Pai expressing himself as Pai has assumed in his head. They do want him to study medicine, but apart from that, they have given him all the freedom & resources to make his future. The writing & editing in these scenes is quite bad because I did not see a reason for them.

While studying, both boys open up to each other, and their personalities are quite complimentary. These scenes are quite sweet, and the couple looks good together at times, making me curious about what really happened to make them so cold to each other when they leave school. As of now, it points to Itt having a girlfriend, which of course, throws off Pai a little, and it remains to be seen how the boys resolve it. But for me, this is such an outdated trope –  not just the girlfriend part but more so Pai’s reaction [I just hope they don’t show the girl as being the villain here as most Thai BL shows do with the female characters]

These episodes tell the story of the high school time, and there was no to and fro from the current time, which has gone too long for me. Am I alone in wishing for more scenes from their college life because, for me, the resolution of their differences is not going to happen in the school timeframe. And how exactly a person who loved Itt, at first sight, does not believe in love anymore? Guess these questions will make me watch the show if nothing else. Overall, I am still waiting for that spark of chemistry and expressions from the lead actors and to make me wait for the next episode eagerly. That is lacking for My Gear and Your gown so far.

Most of the comments online suggest that Episode 5 was really good, but it makes me wonder how many of us really would stick to the show for five episodes considering the first 3 are no way up to the mark of a usual GMMtv series.

Rating: 3 out of 5 stars. [See our Review Guide] [I’m including .5 marks extra for Fiat and JJ chemistry]