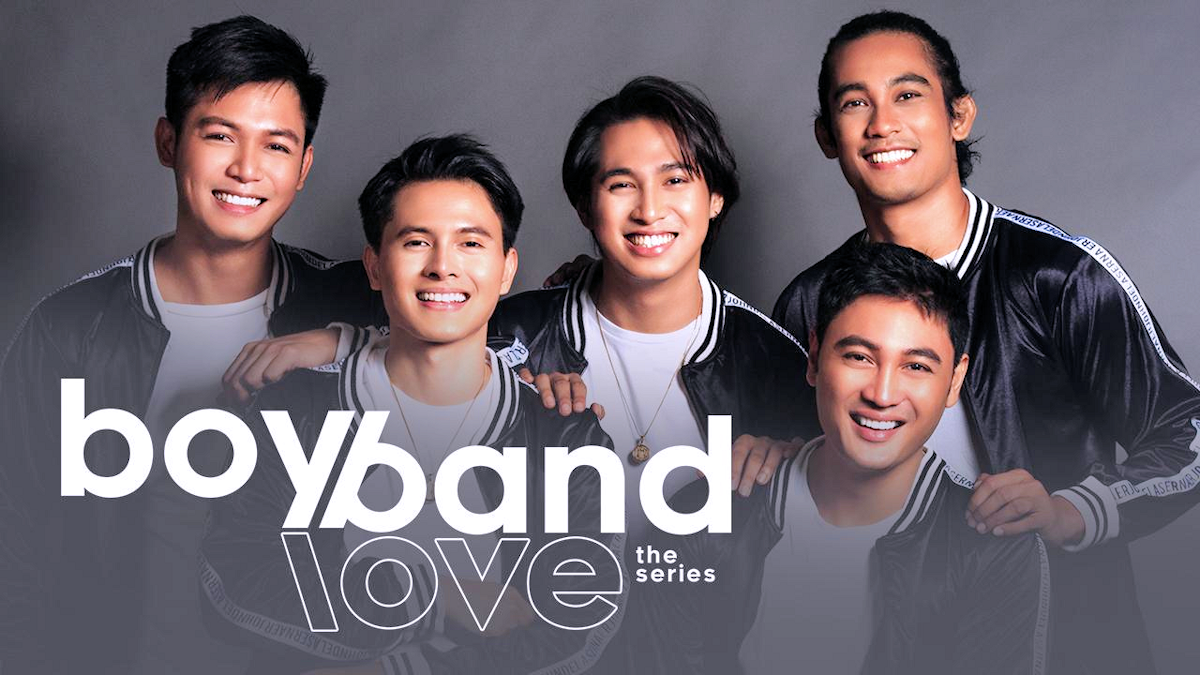 Being famous isn’t easy. Behind the glamorous life of every famous person, there’s a side story that we can’t comprehend; a hidden struggle that they keep to themselves. Aiming to tackle issues of the LGBTQ+ in the entertainment industry, BoyBand Love the Series invites viewers to take a closer look at the chaotic life of idols, which isn’t as beautiful as it may seem. Through the story of Aiden, Danny, Rico, and Jamie, which are also known as LMTLSS (pronounced as Limitless), the series hopes to encourage their viewers to believe in themselves to achieve their goals. Because everyone has the right to dream and be happy despite their gender preferences.

The troublemaker, Aiden, who is portrayed by Arkin Del Rosario, aims to prove himself the best member of LMTLSS. Being the experienced one, Aiden appears as a selfish and arrogant individual who likes to pick a fight with his bandmates. Yet, he is a lonely person who is wanting to be loved.

Danny, who is played by Gus Villa, appears as the antithesis of Aiden’s character. He’s humble and approachable, a darling that you wish you have in your life. However, behind that dazzling smile hides a brokenhearted man who is waiting for another chance to feel the magic of love.

The show also introduces other characters, which will make the series even more compelling to watch. Meet Rico (Louie Gabarda), one of LMTLSS’s members who loves to document his life through selfies and short videos. And the last but not least member of LMTLSS, Jamie (Job Piamonte), who loves to play mobile games with his new buddy Josh (Luise Gragera), who might have a special feeling for the idols. Bringing more fun to the story, there’s Madame Curacha (Brenda Mage), the manager of LMTLSS, who will make sure that the boys stay together as a group.

LMTLSS is a new form boyband consist of four different individuals, Aiden, who used to perform as a soloist, Danny, who is thirsty to prove his worth, Rico, who apparently has a fanatic fanbase, and lastly Jamie, who can’t live far away from his phone and games. Despite their differences, all of them dream of becoming a famous star. During the journey to stardom with lots of ups and downs, all four members are faced with another element of life that’s inevitable, namely love. As they start to embrace that romantic feeling, one question arises to the surface, waiting to be answered; how will the feeling of love affect their lives as stars?

My Thoughts of The Episodes

Honestly, I’m so excited about this new series as it combines two things that I adore the most at the moment, which are boybands and BL. Therefore, when I hear that they’re going to make a BL series of a bunch of boys who love to sing and dance, I can’t contain myself. I even asked our content manager to write the review for BoyBand Love the Series. However, I feel a little bit disappointed with the first two episodes. Yes, they have gorgeous actors and an intriguing premise, but this series’ execution can definitely be improved to make it more captivating.

In general, the storyline doesn’t bother me that much. Although the story’s main idea is not something new – two rivals turn into lovers – I still find it interesting to follow. I’m most intrigued to find out how Aiden and Danny are going to deal with this situation. Knowing that Danny is an openly gay man (at least to his circle of friends) and Aiden is still in the exploration stage, I would love to see their inner turmoil when they realized that they have feelings for each other. Because in my opinion, it can give the story more nuance and the “it” factor that can make the series different from other series working from the same premise.

Nevertheless, I do think that the story is moving too fast as we can see a drastic change in Aiden and Danny’s characters as early as the end of the first episode. It’s understandable, though, since they only have eight episodes to tell the whole story. I can suggest minimizing unnecessary scenes that don’t give any additional value to the story and focus more on the budding relationship between Aiden and Danny so that viewers can better understand their relationships.

On the other hand, I feel like the acting of all actors could be refined. Among the boys, I think only the main leads who are giving a decent performance. Their portrayal of Aiden and Danny are on point, and I can definitely see the chemistry between them. So, kudos to Arkin Del Rosario and Gus Villa! As for the remaining boys, I think they need to undergo some acting classes to improve their capabilities. I can see their potential; it’s just most of the time, their acting feels awkward and unnatural, especially Job Piamoment, who portrays Jamie’s characters. His facial expression gives me almost no emotion, making it hard for me to feel the budding romance between his character, Jamie and Josh, which is unfortunate because their story is actually pretty interesting to follow.

From the production perspective, I think the sound needs some improvement as well. There’re times when the background music is too loud and covered the conversations of the characters. And there’s this part where Aiden and Danny are fighting in the first episode, where the background music is loud enough to be annoying. Because in my opinion, it doesn’t help to build the tension; it simply loud. Besides the music, some scenes’ camera angles can also be enhanced to make it easier on the eyes. There’s one scene in episode two where they’re practicing dance movements, and our main leads are talking to each other. Seriously, that scene makes me feel dizzy because the camera keeps on moving around. I think it’s better to shoot that scene from one angle or maybe two different angles to give more perspective but definitely not by circling the room.

All things considered, I still enjoy watching BoyBand Love the Series. It may not be the best BL series that I’ve ever watched, but I think it’s quite worth it to give it a try. The premise is interesting, and the main leads definitely have the chemistry that can make you feel giddy happy. So, if you are looking for a light and fun series to watch during your free time, BoyBand Love the Series might be the right answer for you. Let me know what you think of the series 🙂